Pitchfork: A modern slasher that stands out

Every generation has its monster 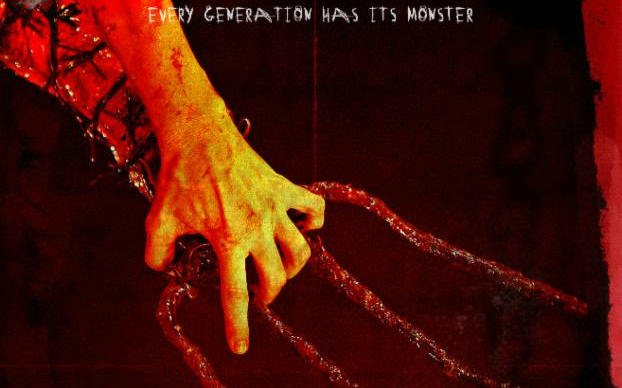 Preface: I love slasher films but hate the torture family/hillbilly subgenre. This film combines both. The film is about a gay guy who recently disclosed his sexuality to his parents and is now travelling home to their rural homestead to hash things out, his boyfriend and group of supportive (or not in some cases) friends in tow. But, well, his isn’t the only secret about to be revealed. This rural biblebelt town has a dark secret and it’s about to get loose.

Ok, first off, I have got to praise the design of the villain. This is the feature of the film which stands out to me the most. The killer is young, agile, and the physicality of the actor Daniel Wilkinson body movements are awesome! You really believe that this guy is just not all there, a wild animal in the shape of a man. Oh, and the piece de resistance? The killer’s namesake: his right hand is lopped off at the wrist and a pitchfork head is secured to the stump with barbed wire. It’s a great look. I love anytime a killer’s weapon is somehow incorporated into the body. It really drives home the point that their entire purpose is taking lives.

Now, again, not a fan of the whole torture family thing, but that was really the only point with the plot I had an issue with. Another point I have seen a few people make is that there really aren’t any gore shots of the kills, most of it being just off frame. I don’t mind that so much. My philosophy on gore is if you can’t do it right don’t half ass it. So I would much rather some clever framing than craptastic fx. And, rest assured, just because no one is exactly holding their own intestines in their hands does nothing to change the fact that there is still buckets of blood to be found.

Overall, I enjoyed the movie and I think there is a lot of potential to develop the killer into a new indie horror icon. I just kinda hope the next time we see him, if there is a next time, he’s on his own.