From the studio that brought you Harvest Lake 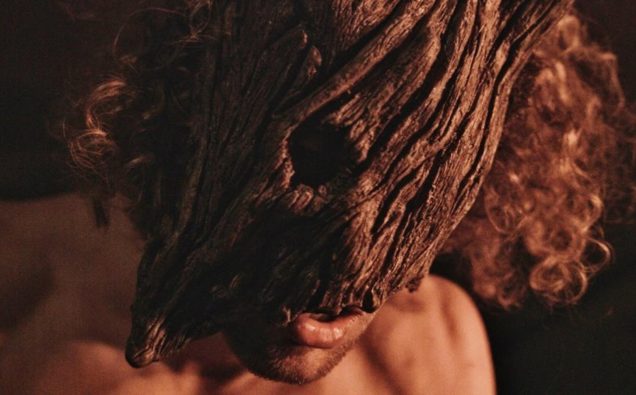 The indie film Plank Face just shipped to crowdfunding backers and I got my copy in the mail and gave it a watch! From the same studio that brought us Harvest Lake, this is Bandit Motion Pictures’ second production. The film sees a man camping with his girlfriend. After an altercation with another camper, the man is abducted and wakes up tied and gagged in the cabin of a feral family of cannibals. And the family has one goal: to make him one of their own.

The studio is headed by Scott Schirmer and Brian Williams and these two have a very distinct style. Extremely hypersexual themes, little dialogue, and superbly atmospheric soundtracks. And of course tons of taboo (read: awesome) content.

Like Harvest Lake, this film is very artistic in its approach. The shots are some of the best I have seen in any film. The characters do not have much dialogue after the initial 15 minutes or so and so are forced to emote entirely through body language, quite a feat consider two of the characters where masks for more than half of their screentime, thereby eliminating the possibility of facial expressions. And the aforementioned musical scores are simply haunting.

I am really looking forward to seeing the next film from this phenomenal studio!