Is there really such a thing as a bad Robert Englund movie? 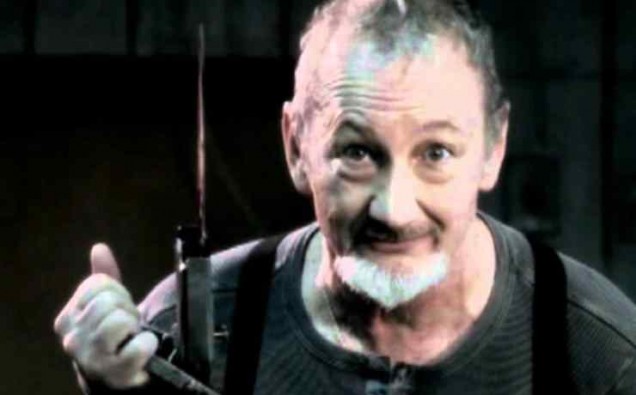 Of course, no streaming service would be complete without a selection of horror movies and Playster.com has some good ones.

One such film is called Inkubus. Inkubus stars horror legend Robert Englund as the titular Inkubus (but with a reversed “K” because he feels it sets him apart from the rabble). He’s been murdering people for thousands of years and the closest he ever got to being stopped was 13 years ago. Now he shows up one night at a soon-to-be-closed police station, carrying a decapitated head no less, and confesses to murder. Lots of murders actually. Why? Because he is playing a game with these cops. A game to lure in the detective who almost caught him.

Robert steals the scenes non stop with a menacing, eccentric performance that is just awesome to watch. Also starring William Forsythe, Joey Fatone, and Tommy Denucci, the film is pretty packed with star power. But that is what I have come to expect from Woodhaven and Verdi productions. The story is slightly reminiscent of “The Traveller” which came out around the same time, but overall the results are superior. Also of note are the practical special fx. This is definitely a film to check out, especially if you are a fan of Englund (and, really, who isn’t?)