One of the best slasher films of the 21st century! 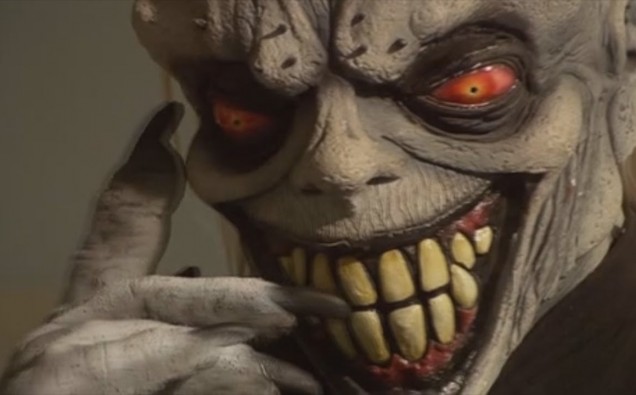 Of course, no streaming service would be complete without a selection of slasher movies and Playster.com has some good ones, including one of my favorite slasher films in recent years.

Satan’s Little Helper tells the story of a little boy obsessed with a video game (titled as the film). Unable to tell reality from fiction, the little rugrat starts following around a serial killer in a Satan costume one Halloween as he paints the town red. But as the killer closes in on the boy’s family, how much longer will the masked maniac keep his tagalong alive?

It’s a very entertaining, darkly humorous film with about as original a premise as a slasher film can get, what with the genre having been done to undeath (get it?). It takes some inspiration from the genre’s progenitors in keeping an air of mystery about the masked slasher. We never see his face and, barring a couple of suggestive red herrings, we never find out who he is or why he is doing this. Because that isn’t important to the story. What is important is that he is here now and he is sadistic and dangerous.

The acting of child star Alex Brickel (who pursued acting for exactly two films including this one in 2004 and has not acted since) is quite talented as a typical naive kid with antagonist actor Josh Annex playing counterpart with a high degree of silent, skillful body acting. Overall, this is an amazing slasher flick that will make a fantastic Halloween tradition!