Amazing horror films from all over the world- right in the comfort of your home! 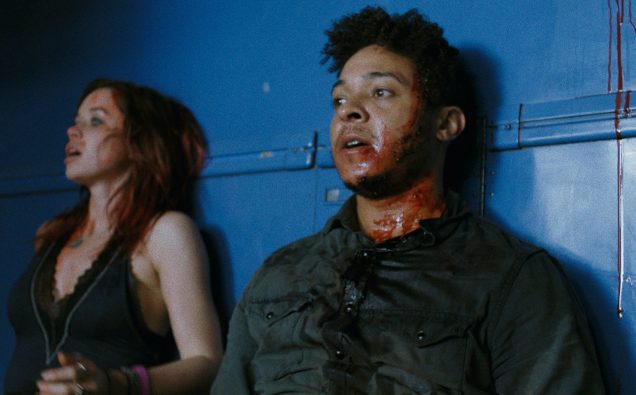 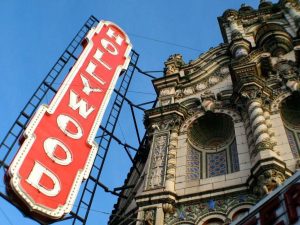 Portland Horror Film Festival is the first all-horror film festival to take its program online. 60+ short and feature films are being shown June 17-21st, 2020. The 5-night event allows horror fans to watch pre-recorded and live content from the comfort of their couch. Ticket sales also benefit the historic Hollywood Theatre, a beloved non-profit movie palace in the heart of Portland, currently closed due to the pandemic.

Today I am reviewing the films from June 18th, 2020. This evening, there were just a handful of shorts and two feature films. Vampires and zombies took over the screen and it was wonderful. 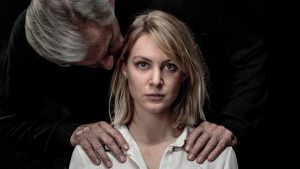 Since there were only 4 short films, I am just going to review my top fav which was Lili! This amazing film from director Yfke van Berckelaer of The Netherlands made me cheer out loud! A young actress at an audition runs into an all too familiar problem- sexual harassment. As the cat and mouse game goes on, I adored the way Lili takes back her power- #metoo is not in her plans! She is also a monster – and a truly bad-ass one!

The first feature was Sunset on the River Styx from director Aaron Pagniano. His short from last year, We Got a Monkey’s Paw was hilarious and this time he has upped his game with a time-bending vampire epic that I loved. (Warning: there are a few spoilers)

Will (Phillip Andre Botello) is a bus driver. His life is a series of monotonous days that blend into a bleak and repetitive pattern. Will is depressed and has suicidal thoughts, but never follows through.

One day Will reacts to a jerk on the bus, punches him, and throws him out. He is inspired by a beautiful young girl named Ashe, (Jacqueline Jandrell) who causes him to fall out of his rut and ask her out. She seems to be his soul mate, and after a brief time of dating, Will is in love. Life looks better and he is finally smiling.

But nothing good lasts and Ashe asks him if he knew there was an afterlife, would he want to keep living. At first, he hates the thought of dying with her, but she persuades him to come with her to a party where they will end their lives. 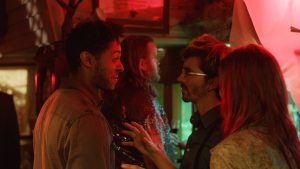 The house they go to is eclectic and colorful, filled with an assortment of very eccentric people. Seeing a fountain filled with blood, he realizes he will not just be dying but will become a vampire. When Will sees that Ashe has been dating the leader of the vampire cult and that’s who he would be joining, he gets jealous, panics, and trashes the place, but not before drinking a glass of the vampire’s blood.

From this point on the movie splinters into pieces, time jumps, and we move around the past and the future in a way that messed with my head, but in a fantastic and hypnotic way. This is definitely a film you want to watch more than once, to get all the nuances you miss the first time.

A beautiful nightmare, Sunset on the River Styx is one of the best vampire films I’ve ever seen. Gorgeous cinematography, amazing editing, surreal sound design, stellar acting- it has it all. With a serious look at immortality, this film takes the audience on a roller coaster ride through time and space. We travel into a weird purgatory; watching Ashe and Will navigate the world between life and death.

The next feature film was Witness Infection from director Andy Palmer. 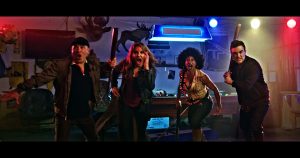 Witness Infection is a sappy, goofy comedy about rival mob families that have been relocated to Lake Elsinore, California in the witness protection program. Attempting to keep the peace between these two families, may literally come back to bite him.

Carlo (Robert Belushi) works at a dog grooming salon that his mob family owns, alongside his girlfriend Gina. (Jill-Michelle Melean) Finding out that his brother is sterile from taking steroids, he is told by his father that he must marry Patricia, the daughter of a rival mobster, (Erinn Hayes) to keep his brother from being murdered and his family safe. In the meantime, people all over town are eating a favorite treat, sausage from a popular local restaurant, and getting deathly sick.  Zombie fever sick, and things go bad fast! 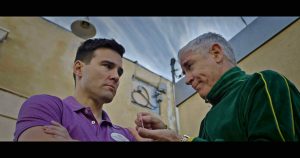 Carlo has no desire to marry Patricia and luckily for him the zombie infection takes over most of the town, killing off his and the rival mob’s family. The wedding officially is off. I mean it is sad and all, but the apocalypse actually works for him in this case. Carlo, his cousin Vince, (Vince Donvito) Gina, and a kick-ass bartender named Rose, (Monique Coleman) fight their way through the chaos in order to survive. 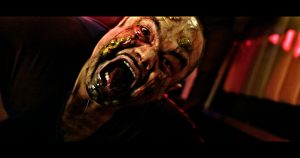 A deep story this is not, but there are a lot of fun moments in between the fart and vomit jokes. Witness Infection is a unique addition to the comedy zombie genre if you are not looking for a super meaningful film. I laughed a lot and was surprised with what winds up being a pretty happy ending.