Coming out later this year is a new slasher movie called, simply, “Bastard”. It’s a film that is a tribute to the old school slasher films of yesteryear. Today... 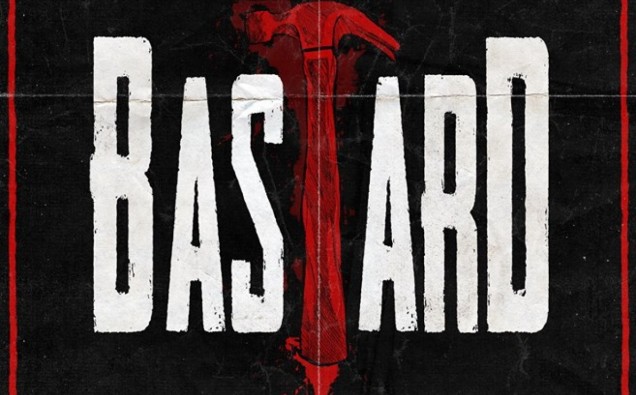 Coming out later this year is a new slasher movie called, simply, “Bastard”. It’s a film that is a tribute to the old school slasher films of yesteryear. Today I talked with director Powell Robinson and writer/director Patrick Robert Young to discuss this upcoming film.

John Lepper: Thank you, Mr. Young and Mr. Robinson for taking the time to do this interview today. So, you two are behind the upcoming film “Bastard”. What can you tell me about it?

Powell Robinson: So I guess, best to start with how it came about. Patrick and I were dorm-mates freshman year of college – at some point early on I asked him to write the script for a short story I had about two hitchiking serial killers who play a back forth game of killing people as they travel.
Didn’t really hear about it much for a couple years until the end of our junior year when he invited me over and dropped the first draft of the Bastard script in my lap.

Patrick Robert Young: Well, dorm neighbors. BUT. Now. Two years later. We have a movie! A modern-retro slasher that involves a hitchhiking, newlywed serial killer couple, a brother and sister on the run, and a gay, drunk, suicidal cop who wind up at a bed and breakfast for some mayhem.

PR: Lets be honest, everyone pretty much lived in my room.
I think everyone slept in my bed more than me.

PRY: And the fun thing about all these characters is they were all involved with other scripts before this one. The main thing we wanted to do with these characters is make it feel like they could all support their own film. And, when it comes to a 75 minute horror film, that turned out to be pretty fun. I hope.

JL: Sounds awesome! I am a huge fan of slasher films! So, what era are we looking at here? If there was a 5 year period that this film was a tribute to, what would you say it was?

PRY: 78-83. But we didn’t want to fall in line with the more self-reflexive movement. We’re not winking here. And we’re not making fun. We’re mainly wearing our inspirations on our sleeves.
Our bloody. bloody sleeves.

PR: We honestly love this era of movies, so it was more fun for us to really draw from the quirks of the time period rather than point and laugh at them.

PRY: We love modern horror movies that borrow old elements and use them in new, modern ways. Movies like House of the Devil and The Guest. So when we got down to designing this film, really giving it the business, we looked to the past. For coloring we really drew from Friday the 13th/Carrie. For score, Suspiria and Halloween.

JL: So, it really is a true throwback rather than, say, a satire. This sounds really cool. What more can you tell me about the characters?

PR: It’s a throwback at heart, wearing modern shoes – we’ve got a lot of ourselves in there as well.

PRY: Hopefully more of us came out in the style than in the characters, ’cause it’s not a happy bunch of campers…morally speaking.

PR: Without giving away too much we can start with Hannah and West, the two serial killers mentioned earlier. They met in high school and formed a band called the Royal Cunts.

PRY: It was an interesting task trying to style a film in which every character could possibly murder, or do harm…but remain somewhat likeabe. And that starts with those guys.
Dan Creed and Ellis Greer poured their too attractive hearts into Hannah & West.

PR: They get married, travel around playing their music, and brutally end lives on the side.

PRY: Then we have Betty and Jake Pryor, who have just left an abusive household to join that same road.
And they’re played by Rebekah Kennedy and Will Tranfo. Who just rocked us to the core. All of our actors really just, elevated our expectations for our own movie and the characters involved.

PR: And finally Burt Culver as Michael our suicidal cop, and Tonya Kay as Rachael, the owner of the bed and breakfast where everyone starts to kick it.

PRY: Michael is hilariously trigger happy and goes nowhere without a flask. And Rachael’s super nice but doesn’t take any of your shit, John.

JL: Lol! Ok, so we have a very awesome variety for body count. Now, what about the killer? What can you tell me about him (her?)?

PRY: And like all great killers, they have great taste in lakes and masks.

PR: The killer is credited as Babyface.
Don’t want to say more haha
PRY: Revealing secrets never leads to a happy ending.
And I still want to make more movies.

PR: Not like we have a happy ending. Even if we wanted to lead to it.

JL: That brings me to another question. Slashers, especially for that era, are notorious for their sequels. Is that something you want to stay true to here as well?

PRY: THREE SEQUELS AND A PREQUEL.

PR: Don’t want to sound like we’re jumping the gun… but we’ve totally planned all of those. haha We got excited one night of production and stayed up way too late making stupid movie title puns for all the sequels.

PRY: But really. We have ideas for more Bastards. But that’s more of a possible selling point for this one. Whether or not we’d actually want to follow through on the likes of BASTARD Afterbirth really depends on how our next projects go. Which won’t be sequels to this, in fact, won’t be slashers, but will remain horror for the immediate future.

JL: I think that’s the smart way to go, actually. I think the reason sequels get worse, generally, is they are an after thought. So, these people use up all of their good ideas in the first or second film without saying “you know, maybe I’ll pocket this one for later”. So, that sounds like an awesome idea for success to me! Now, how did the name “Bastard” come about?

PRY: I can agree with that to a point. Sequels very often have to play more with audience expectations from previous installments and I think that’s where most of the shortcomings come from.

PR: So, unlike our next movie which was born from an online title generator, Bastard took us a while.

PR: In fact.. we gave ourselves a deadline ’cause it took us so long

PRY: There was a point where we almost gave up and called it: DEAD, DEAD, DEAD.

PR: We decided that if we didn’t have a name before finishing the post on the funding teaser, we’d settle for Dead, Dead, Dead.
It was close.
Way
too
close.

PRY: The original title was “The C Word,” but people kept thinking we were referencing CANCER.
But when Bastard floated through our heads…it just WAS the title.
(Thank God)
Because, John, everyone is a BASTARD.

PR: Then deliriously we were driving back from Redlands after a 17 hour day, and Bastard somehow came up. Driving back to shoot more I should say.  The night we learned people float in tubs of fake blood… which is potentially problematic depending on the situation.

PRY: And now our friends won’t hear the end of it.
And that’s something we can thank our producer, Lauren Bates, for. She’s our angel. Swooped in a month before production and made everything happen. 19 days running around the woods with a meathook could have gone horribly awry.

JL: Well, it’s a good name I think and it sounds like an awesome film. When can we expect to see it available?

PRY: Ultimately, we’re hoping for VOD/limited theatres. But at this point, we just want people to see it. And may or may not have a few special things planned for those internet pirates out there. Our dream? Halloween weekend. As much as we’d like to release it upon the world today, there’s just something about that that’d be righteous.

JL: Someone needs to make a Labor Day horror movie with that tag line… But, yeah, a Halloween release would be awesome! Best of luck! And I want to thank you two again for taking the time for this interview. Before I let you go, do you have anything else to tell the readers?

PR: Thank you for having us! We made this for your readers, and any other die-hard horror fans. It’s our fucked up love song for you.

PRY: Thank YOU, John. You’ve been a gracious new friend and I can’t wait to see your own upcoming work. I mainly, like Powell, just want to thank all the horror fans that will watch anything with the horror tag on netflix and keep hoping for something better. Hopefully Bastard will be a pretty satisfying ride. Support those indie films on your newsfeed and love your mom.

PR: WHATEVER. FUCK YOU! I DO WHAT I WANT!

PRY: And really, thanks for having us.

JL: Thank you again for taking the time and best of luck! Can’t wait to see the film!