Practical FX –Driven “Harbinger Down” a Protest Against CGI 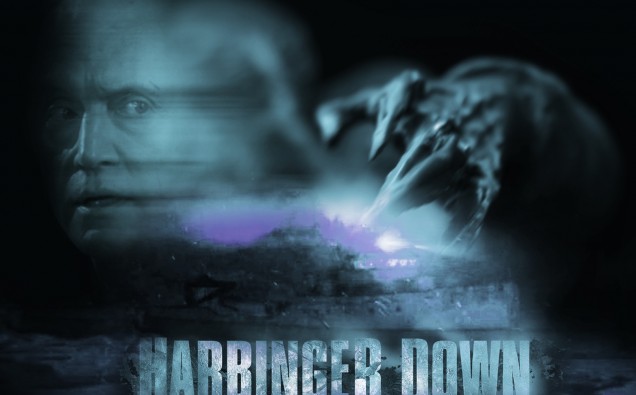 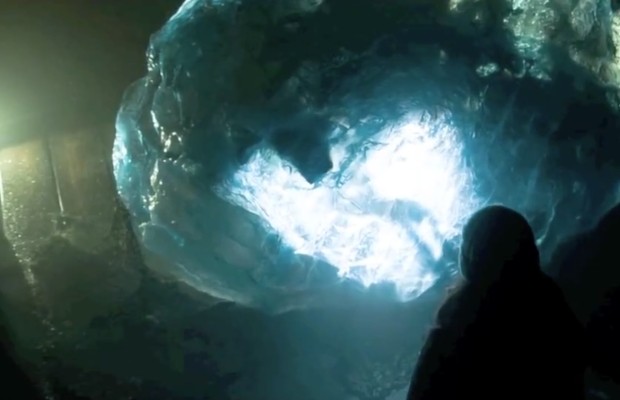 Over a year ago at the 2014 Monsterpalooza convention in Burbank, I was lucky enough to attend the very first public screening of the trailer for Harbinger Down, an upcoming horror/sci-fi starring Lance Henricksen and produced by Dark Dunes Productions & Studio ADI. It was epic, and I’ve been looking forward to this film’s release ever since. Good news came late last week when it was announced that Harbinger Down will be released theatrically in the US & Canada on August 7th, with a DVD/VOD release slated for September 1st.

Official Synopsis: A group of grad students have booked passage on the fishing trawler Harbinger to study the effects of global warming on a pod of Orcas in the Bering Sea. When the ship’s crew dredges up a recently thawed piece of old Soviet space wreckage, things get downright deadly. It seems that the Russians experimented with tardigrades, tiny resilient animals able to withstand the extremes of space radiation. The creatures survived, but not without mutation. Now the crew is exposed to aggressively mutating organisms. And after being locked in ice for 3 decades, the creatures aren’t about to give up the warmth of human companionship. 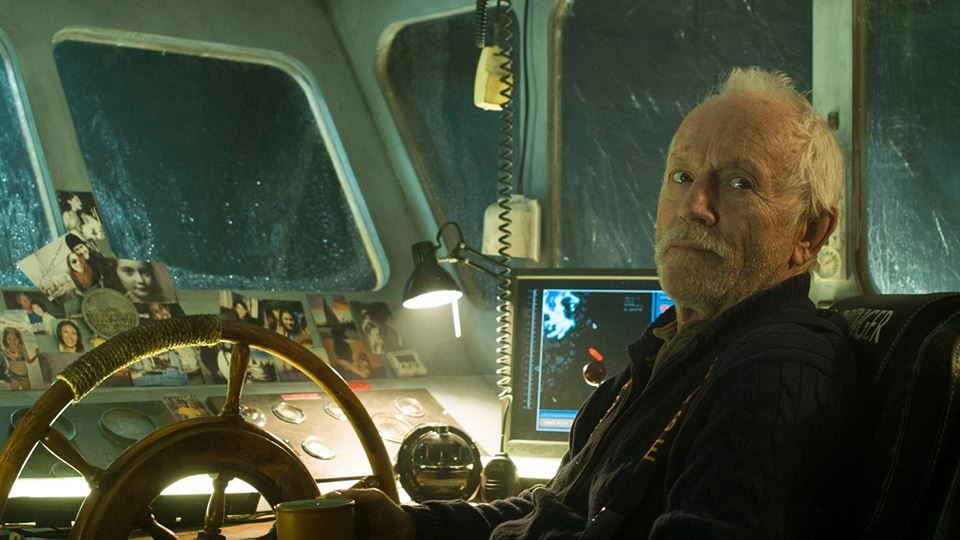 Harbinger Down began as a successful Kickstarter campaign launched by the folks at Amalgamated Dynamics (Studio ADI) in response to their dissatisfaction with the end result of 2011’s The Thing. After engineering and producing a plethora of practical and animatronic FX for the prequel, the studio was stunned to discover that producers Strike Entertainment and Morgan Creek Productions had replaced all of their hard work with CGI FX.

The video below is a look at the practical FX designed for The Thing (2011) that were inexcusably covered over with CGI. It seems obvious that what ADI had in mind would have been much more effective than what actually made it into the film. Damn shame!

So in a sense, Harbinger Down can be seen as a protest against CGI—a cause I support whole-heartedly!   To this end, the film FX will be 100% practical, utilizing animatronics, prosthetic makeup, and stop-motion miniature FX. 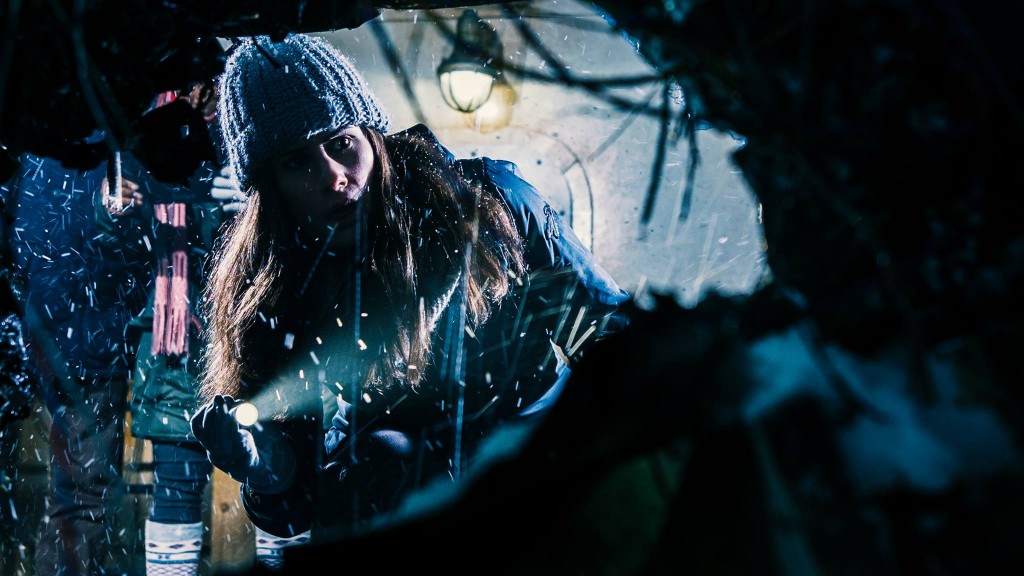 Learn more about Harbinger Down and stay up-to-date by liking their Facebook Page: HERE.

Are you looking forward to seeing Harbinger Down this summer/fall? Do you prefer practical FX or CGI in your horror movies? Sound off in the Comments section! 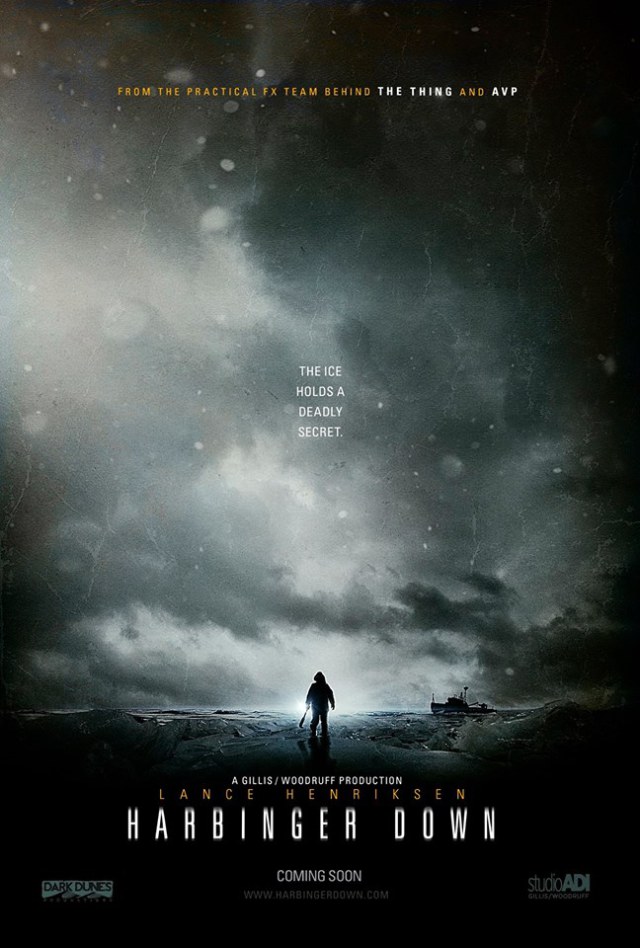 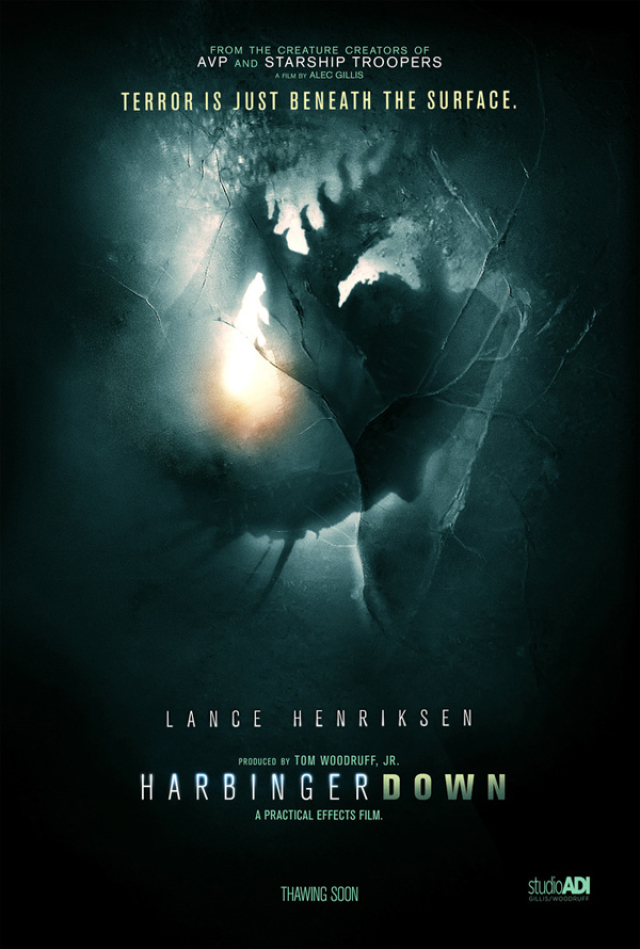