From The Dreadful Mind comes a terrifying short film known as The Demonologist. Operated by Michael Snyder, this company specializes in photos, videos, and literary works, and this is... 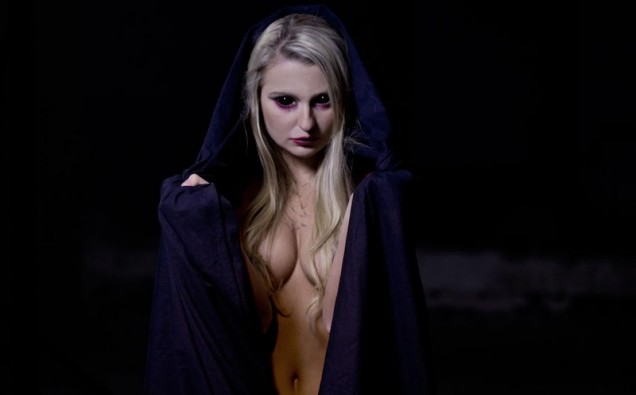 From The Dreadful Mind comes a terrifying short film known as The Demonologist. Operated by Michael Snyder, this company specializes in photos, videos, and literary works, and this is their first venture into the realm of narrative film. 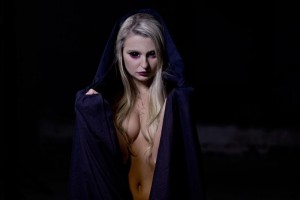 The Demonologist is based off a three-part photobook, and the title character is undoubtedly the most popular, thus warranting a short film of her own. The plot synopsis is as follows: 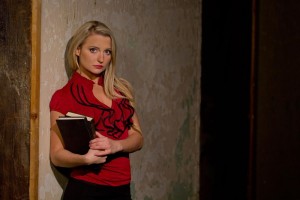 Michael Snyder is taking on the directing duties. The film is being produced by Maria Pisano will star Ellie Heiden (the original Demonologist). Director Michael Snyder also sent us some more details via email:

The short film will begin production either late Fall or late Spring, depending on location availability. The short film has a May 2016 release date for campaign backers with a June 2016 public release. While digital effects will be kept to a minimum, the producer and director want to ensure ample time for post production on the short film.
Once released, the short film will be interested in film festivals and be used for broader promotion of the Dreadful Mind brand, audience development, and possibly a feature film based on the Demonologist.

The folks at The Dreadful Mind have launched a Kickstarter campaign to raise funds for the film. The campaign ends on November 13th. According to Michael Snyder, backers outside the U.S. can now receive perks from the campaign. We’ll be keeping our eyes on this one.
Until next time!
– Jason
SHARE THIS ARTICLE
One Comment