"If you thought you knew the Bigfoot legend - think again...." 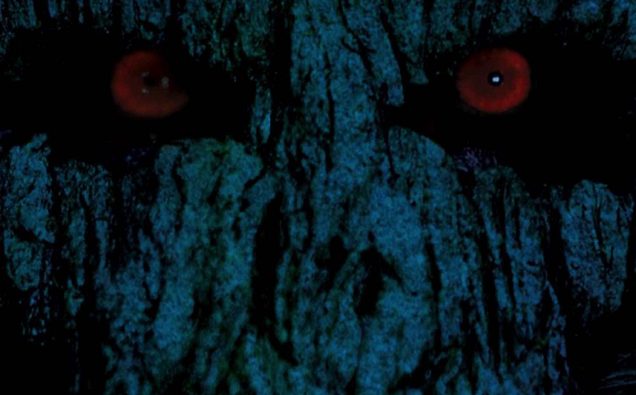 Living, as I do now, in the Pacific Northwest, I am surrounded by Bigfoot everything. A Bigfoot Festival, bumper stickers galore (I Brake for Squatch) and carved wooden statues in people’s yards! Every time I go out hiking in these drop-dead beautiful forests, I think I see a Bigfoot hiding around every corner and behind every tree. In the new film Primal Rage, that is the case. These creatures are masters of camouflage and bloodthirsty as all hell! 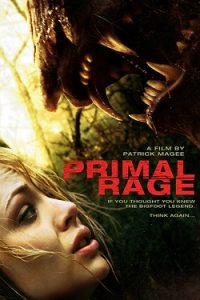 I am pleased to report this is not the dorky Bigfoot of pop-culture. It’s not found-footage, out of focus people in monkey suits or has any of the usual comedy (on purpose or not) of a normal Bigfoot film. We see these Sasquatch up-close and personal, and they are terrifying! If anything like these monsters is really out there- then we have a big problem! The Oh-Mah, as they are called by the local Native Americans in the film, are not your average Bigfoot.

Primal Rage begins with young couple Ashley and Max. (Casey Gagliardi and Andrew Joseph Montgomery) Ashley has just picked up Max from prison where he has spent a year paying off a debt to society. On the way home, a torn up human body gets thrown at their car. Yes, thrown. Being enough to make them stop their car and get out, someone then throws a rock, knocking out Max who rolls down the hill into the river. After Ashley bravely saves him, they find themselves lost in the forest and are being hunted by something menacing and supernatural. All the myths they have ever heard about a hairy beast living in the woods becomes real in this Bigfoot slasher film!

Yes, I said slasher. That’s the first thing I thought of when I realized these were not the usual goofy wild animals that Bigfoot is usually portrayed as. These guys are obviously ancient, smart, ruthless and have a plan! They use weapons and can camouflage themselves so well that you can be standing right next to them and miss them entirely. (Although, I bet they would smell bad) Much like Jason or Michael Myers, these Sasquatches want nothing but to kill them all, and the film becomes a desperate battle of life or death for Ashley, Max, the Sheriff and a group of unsavory locals they run across in the woods, who were out hunting, or something. The slasher format also continues into the human characters. Some become heroes, and some are just the total assholes that we are ready for the creatures to kill off! And kill they do! Slasher movie fans will not be disappointed!

The film is the directorial debut of special effects master Patrick Magee. (Men in Black 3, Spiderman, AVP: Alien vs Predator) His SFX talent is why this movie works. The monsters are beyond fantastic! I have always laughed when I saw any other bigfoot critter- but not in this film! These are bloodthirsty killers, makers of nightmares and as well done as in any giant budget Hollywood production. 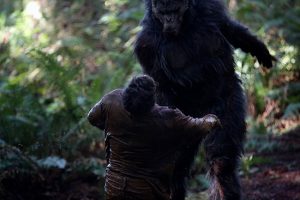 There are a few places where the story lags a bit, (also one scene with Ashley and a male Bigfoot that I could have done without) but overall this is a tremendous horror film! Primal Rage is super intense, has gorgeous cinematography, a terrific soundtrack, and some of the best practical effects ever, which include some incredibly creative and gory kills. If you never go to any other Bigfoot film- this is the one you should see.

Don’t miss your chance to get tickets to the Exclusive One Night ONLY screening of PRIMAL RAGE on Tuesday, February 27th at a theater near you! Be the first of your friends to see this awesome new Creature Feature with a special “Behind The Scenes” look at the making of the film. The first 20 attendees at each theater will receive an exclusive commemorative poster!  Just click here: http://bit.ly/2DA9nz6