Is the Prometheus series taking a step closer, not away, from Aliens? 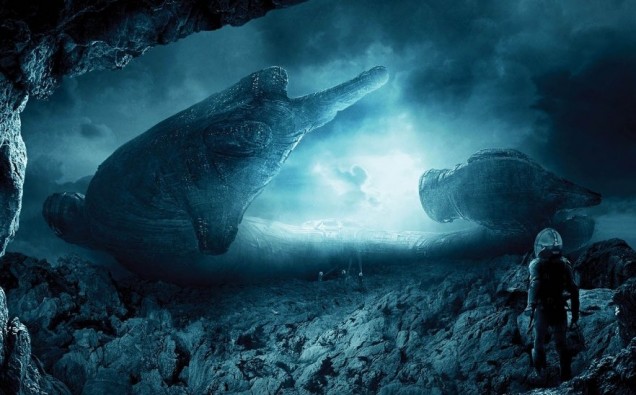 Ridley Scott’s Prometheus had an interesting production. At one point, it was going to serve as a direct prequel to Alien, rather than simply existing in the same universe. It was going to actually show where those lovable chestbursty, facehuggy, acid-for-blood critters came from and said creatures were going to play heavily into the plot. Instead the closest that we got was that creature at the end, dubbed the “deacon” for some reason. Furthermore, we were told that the sequel was only going to diverge further from the Alien franchise. But then this happened:

Interesting. So, “Alien” has officially been added to the title of the film. Some are theorizing this is just a marketing ploy, drawing audiences in with a more familiar and beloved name. But what if it is not? It is this writer’s theory that the xenomorphs will appear in this film. Furthermore, they will likely play a large role in the plot. The original idea was to show the xenomorphs on that planet, show that they came from these “engineers”. But that would still leave the question, “Ok, so where did the eggs come from?” Having the xenomorphs run amok on what was clearly not a home planet but a mere waypoint or outpost for the engineers does nothing to solve the real question. So, here is what I believe Alien: Paradise Lost will involve:

At the end of Prometheus, Elizabeth and David embarked to find out where the engineers came from. Perhaps the two of them hook up with another ship along the way. I certainly foresee a larger human cast than just the two of them. They will find the home planet of the race, likely still existing as a culture to some degree.  The xenomorphs, as was planned originally, will be a creation of the engineers, the perfect bio-engineered weapon. Upon finding that the humans, their other creation they had wanted to destroy, have found their way to their home world, the engineers unleash the xenomorphs upon them.

What do you think? Are we about to be treated to a true Alien film?