Psychotic! A Brooklyn Slasher Film Is Slashing Through Bushwick

The rent is high but the body count is higher... 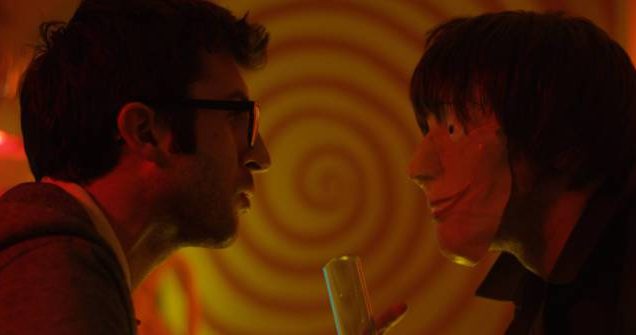 The rent is high but the body count is higher in PSYCHOTIC!, a suspenseful psychedelic slasher that follows a group of hard-partying Brooklyn hipsters as they’re stalked and savagely murdered by a masked maniac known as the Bushwick Party Killer.

It’s up to struggling artists Tim and Stuart to figure out who keeps killing the life of the party. Blood-soaked mayhem ensues as our heroes barely make the rent on time, search for love (in all the wrong places), and try to salvage their friendship – all while trying to unravel the mystery and stay one step ahead of the next massacre.

The opening sequence alone is enough to hook you in. With amazing cinematography by James Demetri and Brian Stansfield and an amazing soundtrack, the original score for Psychotic! was written and performed by lazing Galaxies, a synth-wave band from Brooklyn, NY featuring Tom Starkweather and Mark Thyrring.