Puppet Killer: The Upcoming Return of The Soska Sisters to the Acting World!

Move aside Annabelle. There's a new killer doll on the block! 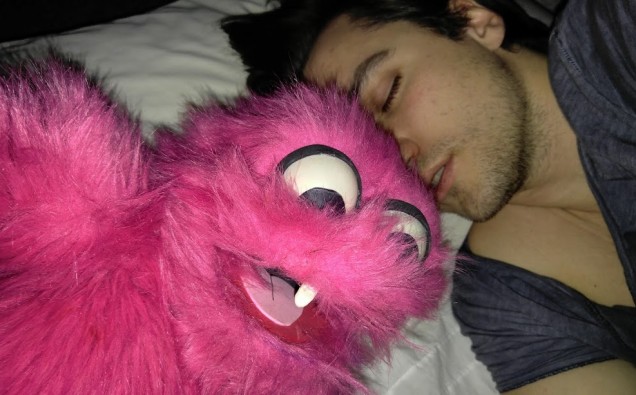 Oh, those Twisted Twins. It’s been a long time since we got to see Sylvia and Jen Soska in front of a camera. Well, they’re baaaack! On top of that, Lisa Ovies, an award-winning director, making her feature film debut, and a story about a killer doll (always a treat) and you have the makings of an awesome horror films!

Years after the mysterious disappearance of his step mother, Jamie and his friends return to his family’s cabin that holds a very dark secret for a Christmas getaway, but the holidays always have a way of letting these things out. Convinced that his childhood puppet is a magically animated killer, will Jamie be able to save his friends from a blood body count or is he the one who is actually crazy?

No stranger to the film community, former student of Chicago Second City Lisa Ovies is an award winning producer, writer, director, and actress with over 12 years of experience in the business. Commencing shooting this winter, PUPPET KILLER marks her feature film directorial debut. The story itself is a macabre satire about the co-relation between violence in film and television and violence in reality. Lisa is an avid lover of film and horror and this project has been years in the making for her.

“It has been almost two years since I came up with this idea and I can’t explain the joy I feel watching it come to life. I created my production company because I was tired of waiting around hoping for opportunities and ready to start kicking down doors. 5 years later I am making my dream film with the strongest cast I have ever been honoured to work with,” says Lisa.

PUPPET KILLER will also partner director Lisa Ovies with industry titans, Jen and Sylvia Soska, the Soska Sisters (American Mary,Hellevator), who are coming on to not only produce, but will be at long last returning in front of the camera to act in the film. Ten years ago the Twins started off their own filmmaking directorial debut with Dead Hooker In A Trunk which also shot in Vancouver in the winter. Now years later and with numerous projects under their belts, they’re the ones who are happy to be throwing their support behind another strong, emerging female voice.

“We see a lot of people talking about the severe gender misrepresentation behind the camera in the film world, but we don’t often see people doing something to change that. Ten years ago we took our first steps with our debut feature film and diversity representation remains a struggle in the industry. I believe in Lisa Ovies, I love her project, I want to see it made, and I am going to be a part of making that happen. I’m not just going to talk about diversity, I’m going to do something about it,” says Sylvia, President of Twisted Twins Productions.

“Over the years I have built an amazing family of both cast and crew that I consistently work with and to include the twins in that has been inspiring and empowering,” adds Lisa. “Women love horror, women love Sci Fi and comic books. We aren’t not directing them because we don’t want to, we aren’t directing them because we aren’t being invited to. I adore the attitude that me and the Soska’s share; we are in charge of our careers and our content and we are making this film our way…. and our way is covered in blood, refusing to sacrifice content and quality. This film is 100% ours and you will see that on the screen.”

PUPPET KILLER is written by Kevin Mosley (Suspension) and the Soska Sisters. There will be more surprises for horror fans revealed about the film so be sure to stay tuned. Filming begins in Vancouver this Friday.