Raising Up The “Revenants”

An interview with John Lepper, the creator of the upcoming comic"Revenants" 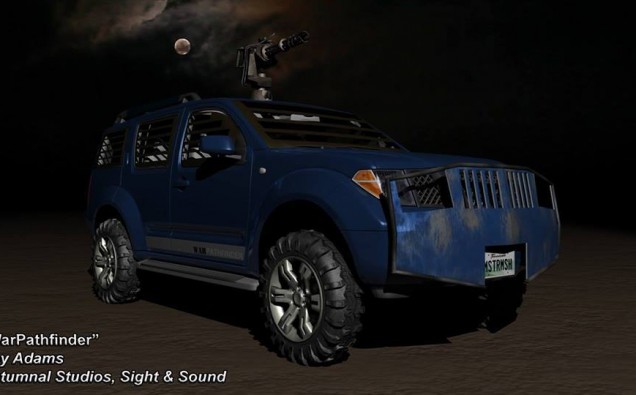 Revenants is about a paramilitary organization (The Revenant Special Tactics Bureau, or RSTB) that is in charge of finding undead slashers & taking care of them for good.

After reading the script, I also had the chance to interview the creator himself, John Lepper.

Julian Blackwell: So after reading your script, “Revenants”, it’s very apparent that you have a fondness for the slasher genre. Do you have any guidelines to what makes a good slasher story?

John Lepper: Absolutely. Supernatural slashers are probably my favorite subgenre. And I think the best of them are the ones that don’t take themselves too seriously. I think humor is ESSENTIAL to a slasher film. And I definitely tried to bring a lot of that into play with Revenants. It’s a serious situation, to be sure. People are dying. Hell, Jack the fucking Ripper is back from the dead as some sort of demon thing. But in the midst of all of it, there’s a lot of laugh out loud moments. It’s a fine line, I think.

JB: Very well put! I think that humor balances out all horrifying death scenes so it’s not just death here, & death there, & it basically just becomes montage of death. You need to have substance. When did the idea for “Revenants” first come to you?

JL: Actually, it’s an idea that has evolved over the course of almost a decade. It was originally going to be about the character Nathan and him alone. The RSTB were going to play a role, but only as a plot point. Nathan was a retired agent who came out of retirement for one last case: to stop Jack the Ripper, a body jumper who he killed years ago. Also, Nathan had a prosthetic hand kinda like Ash. Overall, it was kinda cliché. I wanted to make it more epic. So, I drew upon one of my favorite plot types: the military vs supernatural forces. The peak performance that humanity has to offer holding their own against something that goes so far beyond them. In this iteration, I describe Revenants as a slasher film pumped up to the epic scale of the Avengers. It’s a global threat and, through my numerous references, it pulls together characters from so many different franchises and establishes a shared universe.

JB: I have to admit, the whole concept is very fun to think about. The fact that you made Revenants a global threat gives way for numerous possibilities. Speaking of the references, I couldn’t help but notice the reference to Cassie Hack & Vlad of the Hack/Slash series. Did the series serve any inspiration when writing the script?

JL: Absolutely! Hack/Slash is my all-time favorite comic book series. I have every single issue. It does a good job of creating a shared universe too. There are actually a few comic-only references in the script, such as one pertaining to Edgar Dill from BUMP, who in turn crossed over with Hack/Slash himself. But, yes, Hack/Slash is just amazing. If it ever became possible, I’d JUMP at the chance for Cassie to meet the gang in one of the sequels. She’d probably beat the shit out of Cooper!

JB: As an avid Hack/Slash fan myself, I’m excited over the notion of that! Cooper was my favorite character in the entire script, so an interaction between him & Cassie would be something I’d love to see. Are the main characters based on any real life persons? Or did you come up with them all on your own?

JL: None of them are really inspired by any person in particular. Their personalities are based on the idea that this is a team of people who has dedicated their lives to fighting undead killing machines. Mental illness is bound to run rampant through the ranks. Some are worse than others. Nathan is just very cynical and has an unhealthy obsession with grenades after using one to kill Jack the first time. Cooper… Cooper is bent. That really sums him up. Originally, he was going to die at the end of the first story, but he’s just too much fun to write! Joanna, on the other hand, is a bit more tightly wrapped. I want to do more with her as a character through this story and into the next couple.

JB: I could only imagine what would happen if Ash Williams, Tommy Jarvis, & Laurie Strode became a slasher killing team. As a writer myself, I know the feeling of writing a fun character. You just never want to get rid of them! How much fun was it coming up with all the different revenants you used in the script?

JL: Well, some of them are really just there for plot purpose. Smiley, at the beginning, is just a generic backwoods killer like a dozen other slashers. My favorite, I think, has been Big Top. They really are like creating super villains, which plays into how I really view slashers. I love super heroes and horror movies. Cross them together and you get slashers: secret origins, super powers, and they just never stay dead! I also really liked getting to play with the Red Baron. I just wanted to be just over-the-top and said “Hey, you know what? Never seen a dogfight with a slasher before!” So, I made it happen.

JB: you actually just answered my next question! I was going to ask about the Red Baron, but you’re psychic or something! What was your initial plan for this script?

JL: My initial plan was to make this into a movie. But somewhere around the first 10 pages or so, I realized that the plot I had in mind was going to require a multi-million dollar budget. At that time, I kinda said “fuck it, might as well add a helicopter to the opening scene” and just kept writing for the hell of it while I pondered what to do. Then I saw my friend Shawn French’s success with his comic “Escape from Jesus Island” and decided that would be a great route to go! I love comics! And they can be made on a relatively small budget, with the content on the pages having no effect on the cost to produce. So, now, long term goal is to launch it as a comic book, hopefully get some recognition, then approach a big studio after proving it is a successful concept.

JB: That’s my plan with a lot of my writing projects too. Hardest part is getting the art done! Also, with the way studios are making movies of any comic they can get their hands on nowadays, it’s the perfect time to do it! How do you feel about the slasher genre as of late, & is “Revenants” a reaction to it?

JL: Actually, there are still some pretty good supernatural slasher films coming out here and there. There was Stitches a couple years back, the Soska’s See No Evil 2 that fixed the shitshow of the first film and has me looking forward to a new franchise, the Hatchet films going back several years, and this year I am really looking forward to Charlie’s Farm, featuring the biggest slasher villain ever! The dude stands 7’3” and weights 350 lbs. of solid muscle! A full foot taller than Kane Hodder! Oh, and my friend MJ Dixon is doing AMAZING things at Mycho Entertainment as he builds his own interconnected slasher film movieverse! So, really, I have no complaints with the slasher genre. You just gotta ignore the deluge of crappy remakes and know where to look!

JB: Couldn’t be better said! I’m a huge fan of Hatchet & Behind the Mask. Now I’m looking forward to MJ Dixon’s movieverse! This last question is more of in general. Out of all the slasher films out there, which one has influenced you the most?

JL: Halloween will always be my favorite as a series. 1, 2, 4-6 producer’s cut is my favorite storyline. I actually really enjoy how each movie really follows off of the last and builds on a mythos. Michael IS the boogeyman. That’s why I devoted the biggest reference to Halloween with Nate’s background.

JB: I noticed that, & was wondering if it was intentional. Halloween is a great series, so I completely agree with that statement. Thanks for taking the time to let me interview you! Before we wrap this up, is there anything else you would to share with the readers?

JL: Yeah, I am really hoping to make this a trilogy of stories. This one is kinda an origin story to convey what the RSTB is about. If people like Lovecraft, they are going to love the second one which is going to feature the mythos very heavily as a psychopathic horror film maker tries to resurrect the elder things and it is up to the RSTB to stop him. All three main characters from this story will feature in that one too, but one of them will be in a way that is a bit different than this first story. And the third story is going to reveal just why the hell all of these dead guys are going around stabbing people in the first place!

JB: Thanks again for taking the time to let this interview happen! I, for one, am excited to see whole thing come through, & wish you the best of luck! Have a good one!