“Re-Kill” is Definitely To Die For!

Proof the zombie subgenre has plenty of fuel left in the tank. 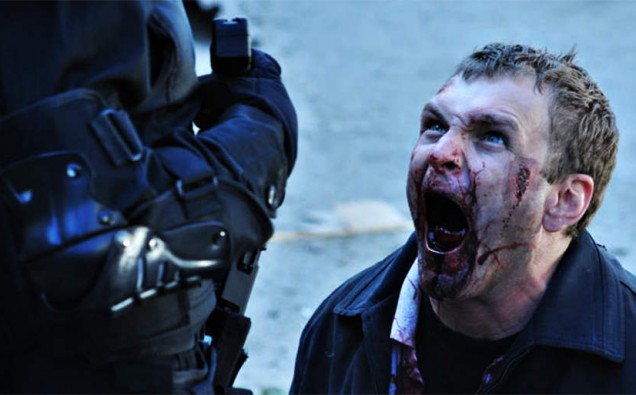 In many ways, Re-Kill, directed by Valeri Milev, is the movie World War Z should have been: A look at a society transformed by a zombie apocalypse that went down years earlier.  While we’ve gained the upper hand against the undead, we’re always just one bite away from “Outbreak Part 2”.  This is a world where video games hone survival skills, where drugs are prescribed to heal “emotional pain”, where the population has been so decimated PSA’s encourage survivors to have as much sex as possible lest mankind dwindle to extinction.  As a young girl settles in for an afternoon of boob tube viewing, television becomes the window into the soul of a warped humanity.

Official Synopsis:  It’s been 5 years since the outbreak that wiped out 85% of the world’s population, but the war between Re-Animates (Re-Ans) and Humans wages on. Most of the major cities are still uninhabitable. Within the few surviving cities, the Re-Ans have been segregated into “zones” and are policed by the R-Division of the QUASI S.W.A.T. Unit who hunt to re-kill the Re-Ans in the hope of quelling a second outbreak.

Re-Kill has the non-stop mayhem of 2004’s Dawn of the Dead, the military might of Aliens, the scathing satire of Starship Troopers, and a smattering of gallows humor reminiscent of Fido. In addition to being a movie, “Re-Kill” is the name of a television series within the film, a “reality show” ala Cops that follows members of an elite military attaché charged with eliminating the “diminishing” zombie threat.  It’s both found-footage and mockumentary, which works in terms of conveying subtext and commentary, but will surely vex anyone with shaky-camera sensitivities.

Re-Kill takes the zombie subgenre into complete dystopia, presenting an authoritarian regime that keeps secrets behind a walled-off zombie-city called “The Zone”, harkening films like Escape from New York and Land of the Dead.  While the government manipulates its citizens into de facto military service under threats of imprisonment and deportation, there’s the faintest hint of a silver lining: A common enemy has shattered social boundaries, obliterating the borders that divide race, age, and even gender. 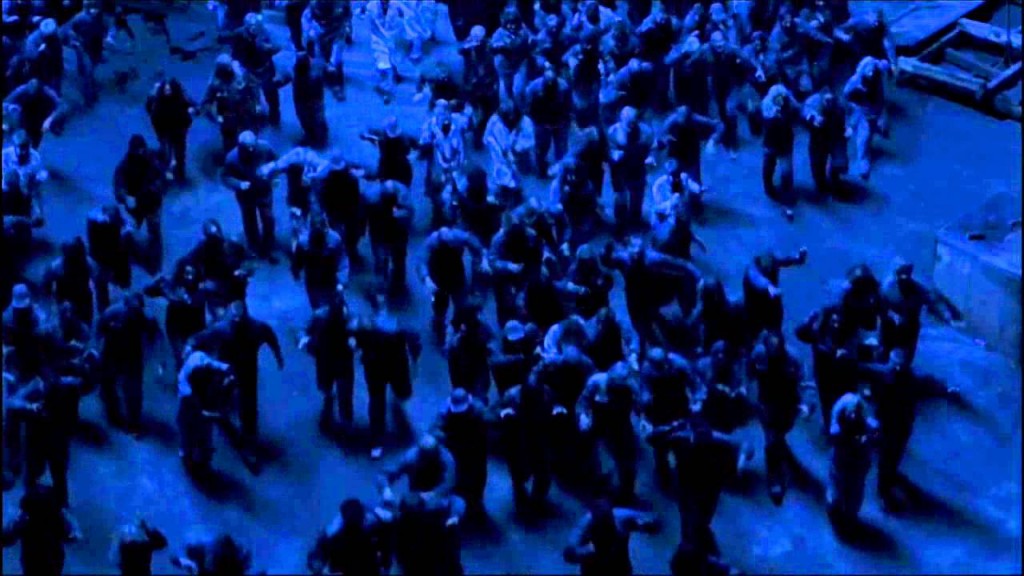 Like the cameramen who follow the members of Re-Kill Division 8, the politics of the film is embedded.  Everything is presented on ONC, the Outbreak News Channel, speaking to the way news has become another form of violent entertainment; call letters pop-up constantly, as though the station is an official sponsor of the destruction.  Faux commercials scattered throughout speak to the commoditization of sex, drugs, and violence: a recipe for extreme escapism.

At its most sever, Re-Kill can be seen as a metaphor for our recent conflicts in Iraq and Afghanistan, an indictment of military operations that seem to linger indefinitely.  As leaders assure us the tides have turned with America victorious (“Mission Accomplished”), the realities of life in a warzone tell a different story.

While the cast excels at every level, Bruce Payne stands out for his incredible portrayal of Alex Winston, a Re-Kill elite with an apocalyptic new-age spirituality that keeps him grounded.  A religious nut has never been presented in such a heroic, empathetic, and intelligent light.  He’s a rock in a world of chaos and a soldier who dreams of salvation aboard a nebulous future “Ark”.  Winston becomes a metaphor for all religions—especially during times of extreme crisis.

Like the zombies in the film, Re-Kill represents an evolution in the subgenre.  There’s a reason these types of films have been at the forefront of the horror landscape for over a decade.  While the inherent lack of faith in a government to protect its citizens seems tailor-made to exacerbate our post-9/11 anxieties, Re-Kill proves that there is still plenty of room for re-invention and re-invigoration where zombie cinema is concerned.

Re-Kill was saved from distribution purgatory by After Dark Films who resurrected their 8 Films to Die For series earlier this year.  The Blood-Shed will be reviewing all 8 movies on this year’s docket so check back often!

Are you a fan of After Dark’s 8 Films to Die For?  Are you looking forward to seeing Re-Kill?  Sound off in the Comments section. 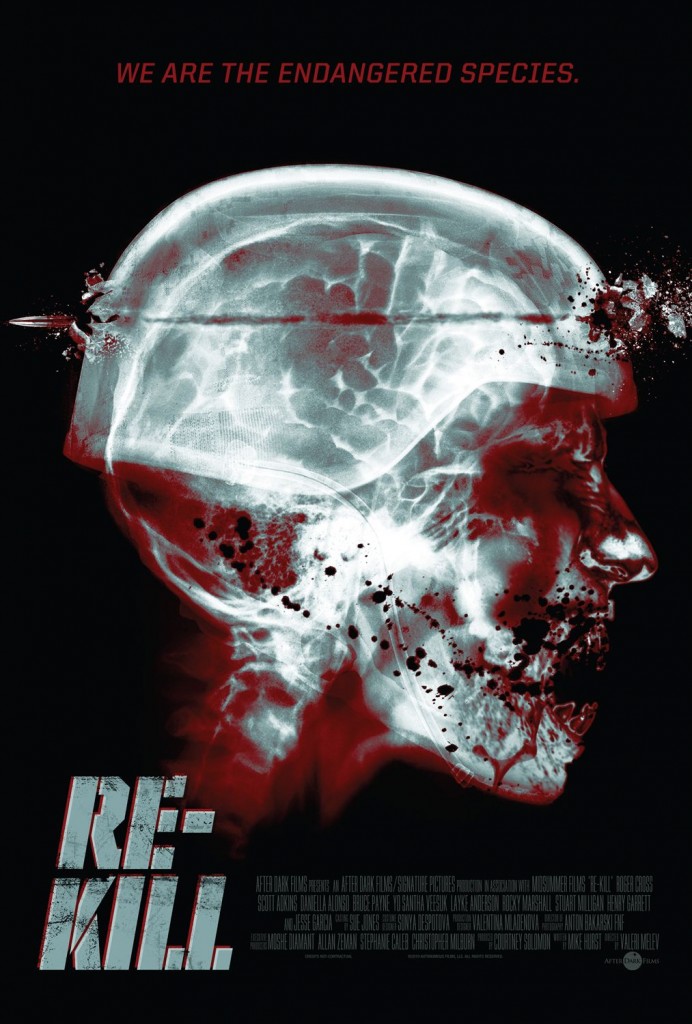