Are You Ready for ‘IT’ to End? Check out the new trailer from Warner Bros!

IT CHAPTER TWO will be released in theaters on September 6, 2019 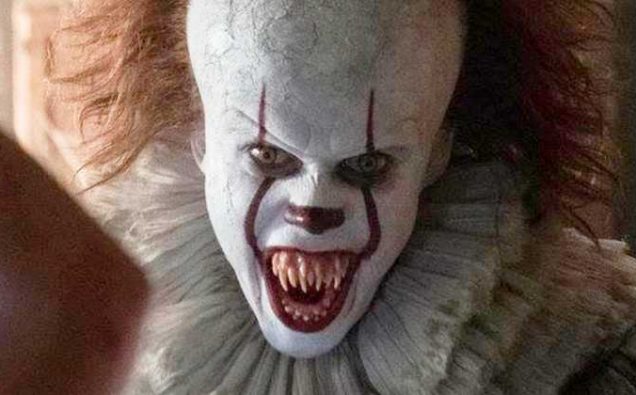 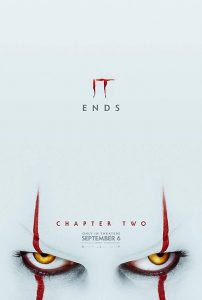 Warner Bros. Pictures has revealed the second official trailer for their much-anticipated IT CHAPTER TWO, the follow up to the successful, high-grossing reimagining of IT.

This September, the Losers Club returns to Derry with Muschietti returning to direct and a star-studded cast including James McAvoy, Jessica Chastain and Bill Hader taking over as the kids’ adult counterparts.

Moderated by Conan O’Brien, the conversation revolved around scares, Stephen King and picking up where 2017’s IT ended. Three clips were shown from throughout the film including two showdowns with Pennywise and the Losers’ initial reunion after 27 years of separation. 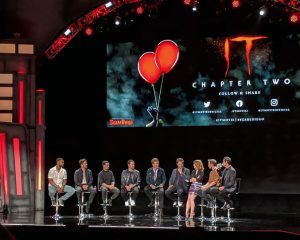 Andy Bean plays Stanley, and reprising their roles as the original members of the Losers Club are Jaeden Martell as Bill, Wyatt Oleff as Stanley, Sophia Lillis as Beverly, Finn Wolfhard as Richie, Jeremy Ray Taylor as Ben, Chosen Jacobs as Mike, and Jack Dylan Grazer as Eddie.

Andy Muschietti directs from a screenplay by Gary Dauberman (IT) based on the novel by Stephen King. Barbara Muschietti, Dan Lin and Roy Lee are producing the film. Marty Ewing, Seth Grahame-Smith, and David Katzenberg are the executive producers.

I plan to watch the first one again before Chapter Two is out. I heard there was 4,500 gallons blood used! My kinda film!

IT CHAPTER TWO will be released in theaters on September 6, 2019. Prepare yourself to witness the end of It!