Who is the Meat-Dropper of Gastonia? 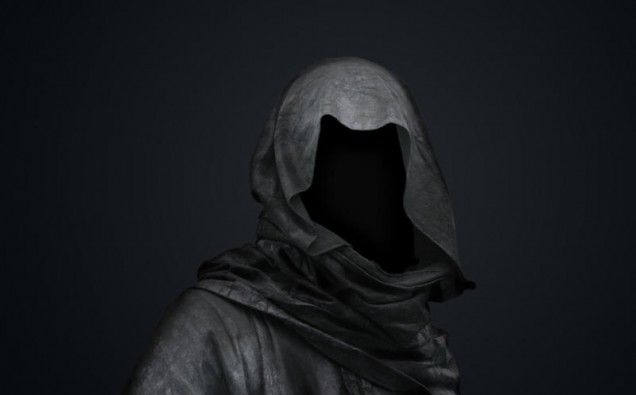 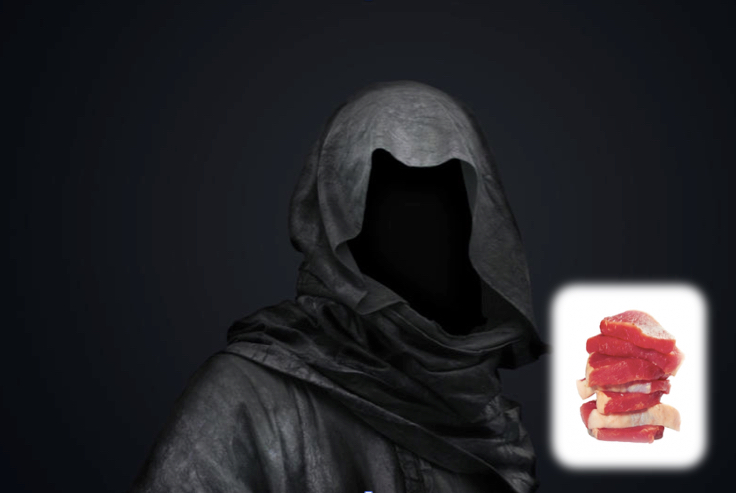 A photo appearing to show a hooded figure dropping raw meat around a playground in North Carolina has sparked feverish speculation among residents in the town of Gastonia: Who is this mysterious man or woman? Is this someone’s idea of a joke, or something altogether more sinister?

No one knows who took the chilling picture (below), first posted in the Facebook group One Man’s Junk last week. Still, many speculate that it looks like the Hudson Woods apartment complex on Hudson Boulevard (local police refuse to confirm). 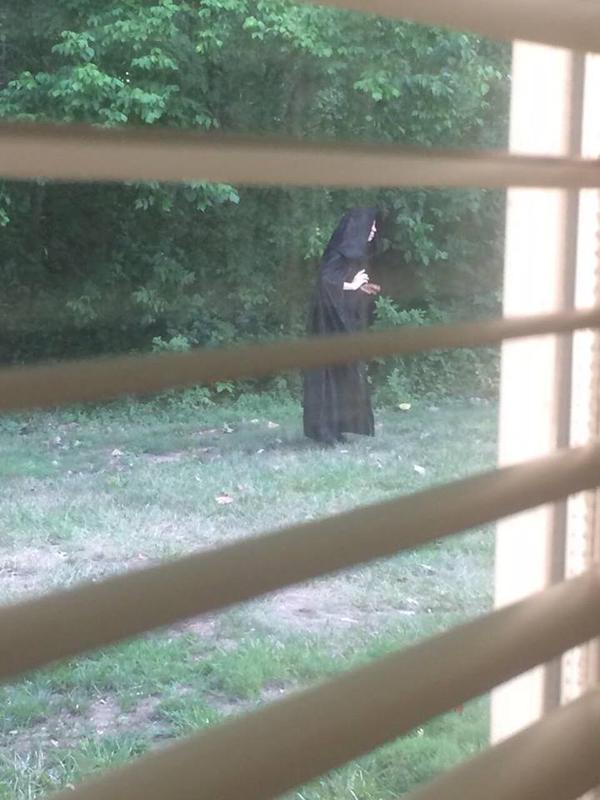 Resident Brooke Conrad’s unit backs right up to the woods that surround the complex—and she for one doesn’t find the Mr. Meat-Dropper’s antics amusing. In an interview with the Gaston Gazette, she expressed genuine concern for her safety, as well as the safety of her daughter. “I see why it could be easy to make a joke out of it, but this is serious. We live in a world today where you don’t know what’s going on and you don’t know people.”

The implications of a dark cloak has rekindled the kind of “Satanic Panic” common to rural US communities in the 1980’s and 1990’s. Unfortunately, most folks susceptible to this type of hysteria are still unable to differentiate between Satanism and benign sects like Wicca and Paganism. The entire situation doesn’t sit well with Heather Darnell, a member of Piedmont Pagan Pride. She explained to the Gaston Gazette:

“A Pagan person may make offerings while wearing a cloak, but there would be nothing violent about it and it likely wouldn’t be done in an apartment complex during the day. We do it privately. It’s not for public consumption. [I think] the photos were either staged or potentially the act of someone new to Paganism. If it is a hoax, I find the photos offensive. It looks like someone is deliberately trying to create havoc. I think it’s pretty ugly and irresponsible if someone is just trying to get attention.”

A story this bizarre, one that’s “based on real events”, will surely have Hollywood studio executives salivating. Look for the murderous Meat-Dropper of Gastonia in an upcoming horror movie—probably sooner than you think.

Without making light of legitimate concerns expressed by the residents of Hudson Woods, odds are pretty good it’s just some punk kid getting a jump on Halloween. In this lighthearted spirit, I’d like to offer my personal speculations in regards to the Meat-Dropper’s identity. Enjoy!

Top 10 Possible Identities of the Meat-Dropper of Gastonia 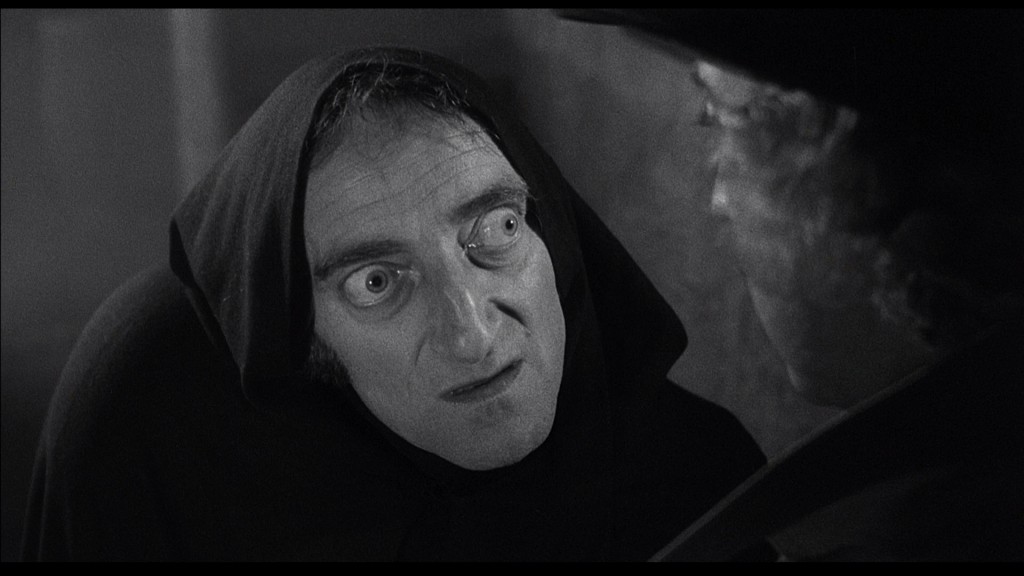 He’s Igor (pronounced EYE-gor) from Young Frankenstein (1974, Brooks). The “raw meat” is just the brain of “Abby Normal” that he accidentally dropped on his way back to the laboratory. 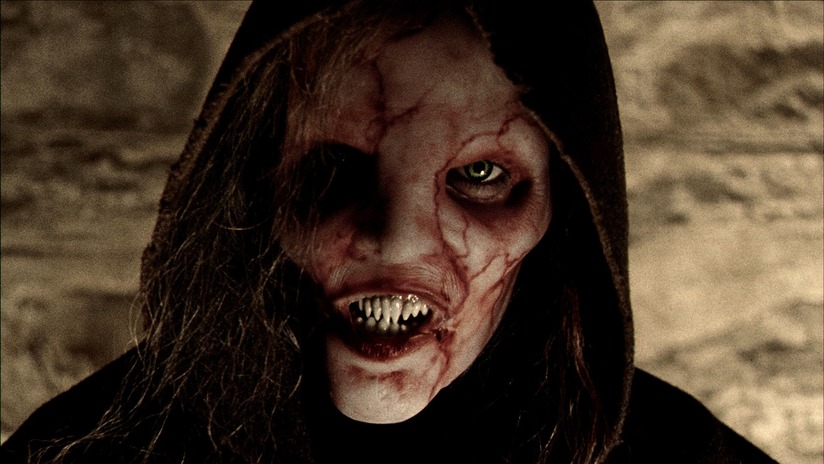 She’s the demon from House of the Devil (2009, West). Don’t fuck around with this one; the “raw meat” was recently extracted from her latest victim. 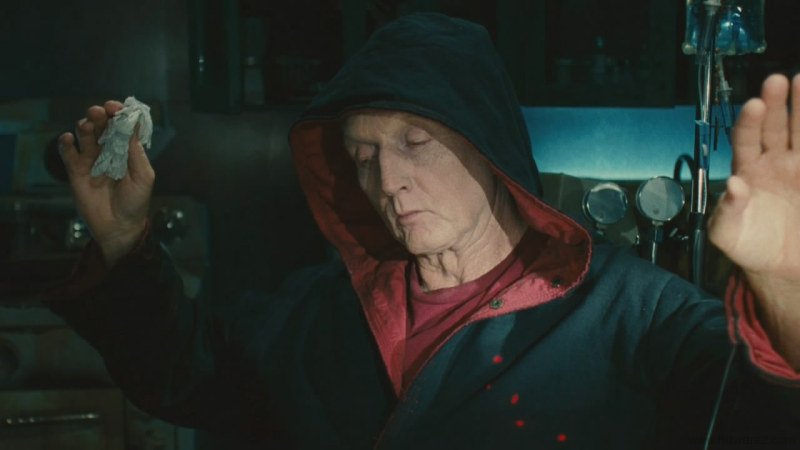 He’s Jigsaw, aka John Kramer—and he wants to play a game… 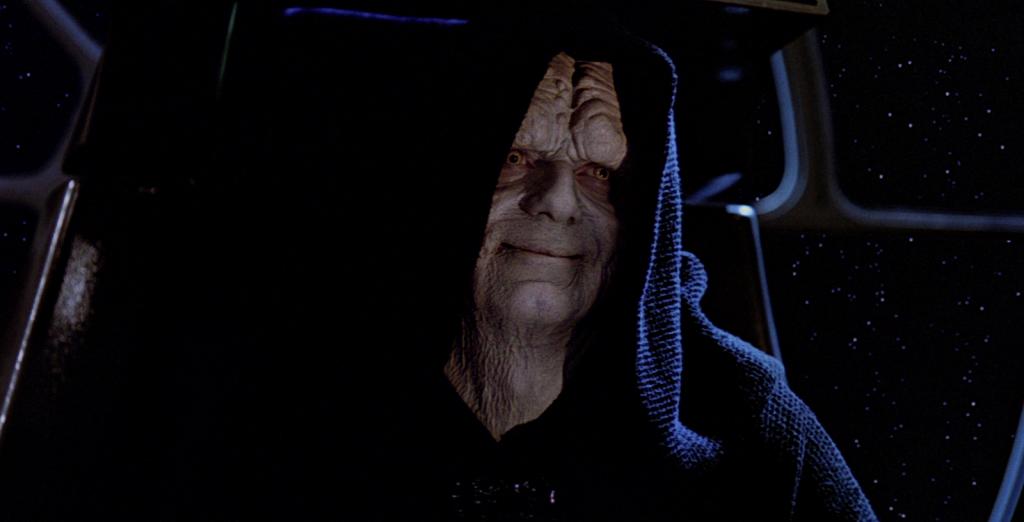 He’s The Emperor from Return of the Jedi (1983, Marquand), looking for his next protégé. Beware the power of the Dark Side, children. 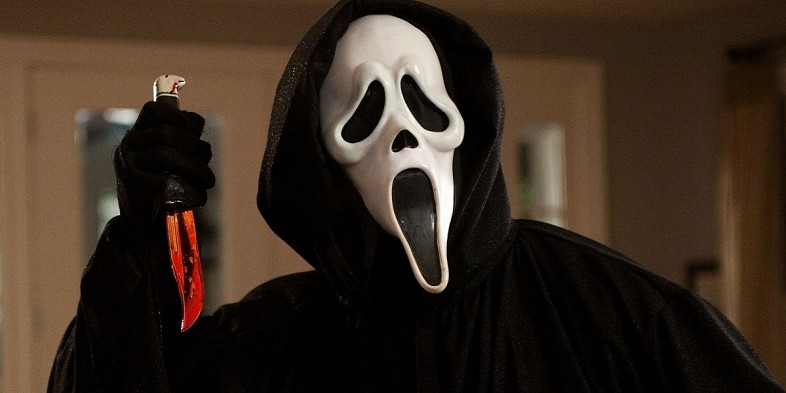 It’s Ghostface—which means he/she could actually be anyone. What’s your favorite scary movie? 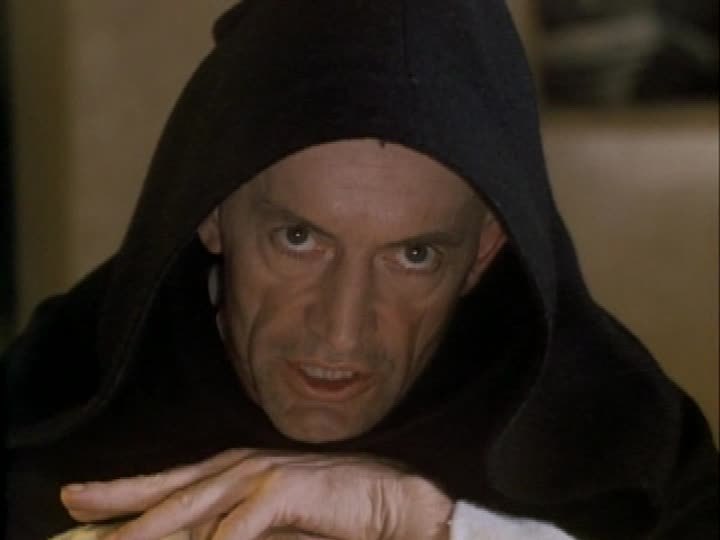 He’s a Spanish Inquisitor, like the one played by Lance Henriksen in The Pit and the Pendulum (1991, Gordon). I’m guessing his presence in our time has something to do with a wormhole. 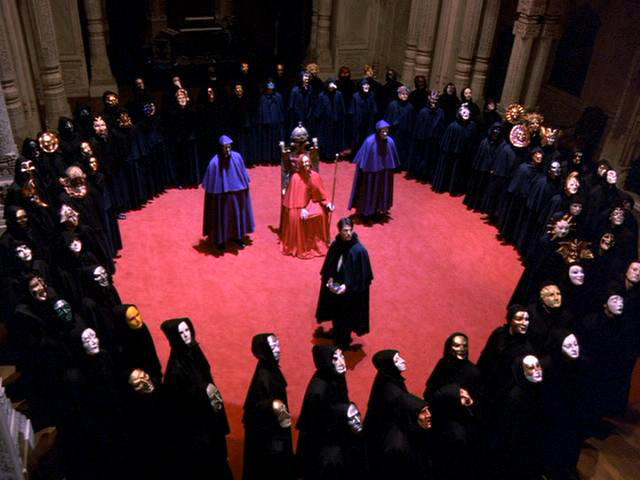 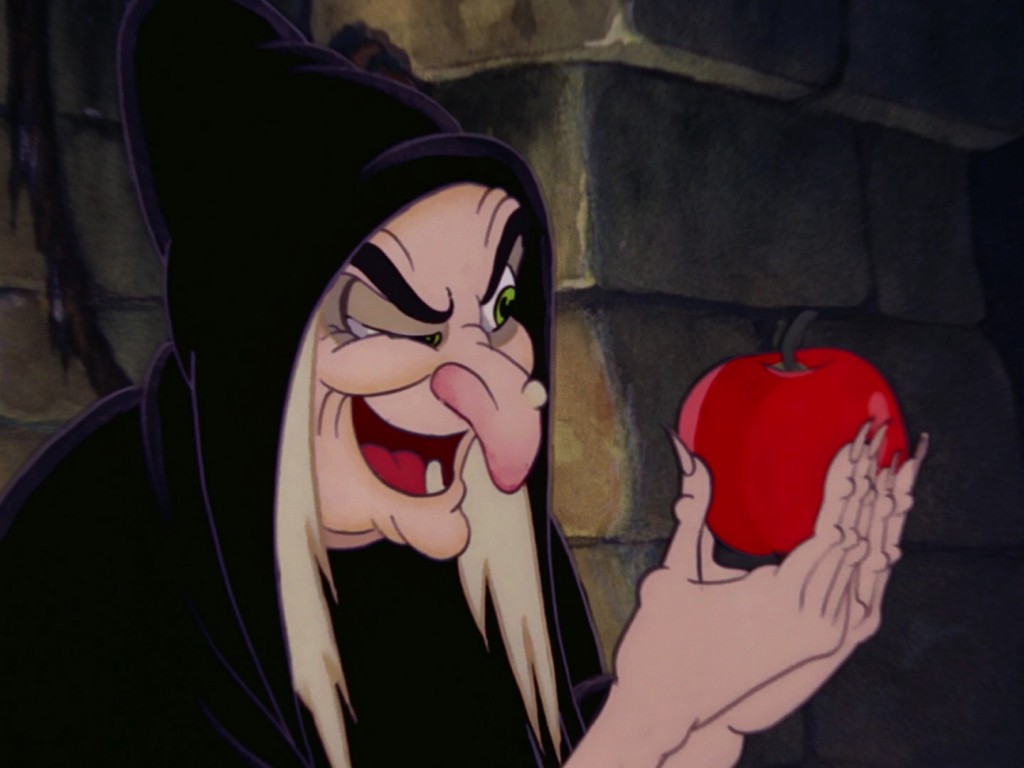 She’s the Evil Queen from Snow White, disguised as a twisted old crone. That’s not raw meat, it’s just a poisonous apple. She obviously mistook those kids for dwarves. 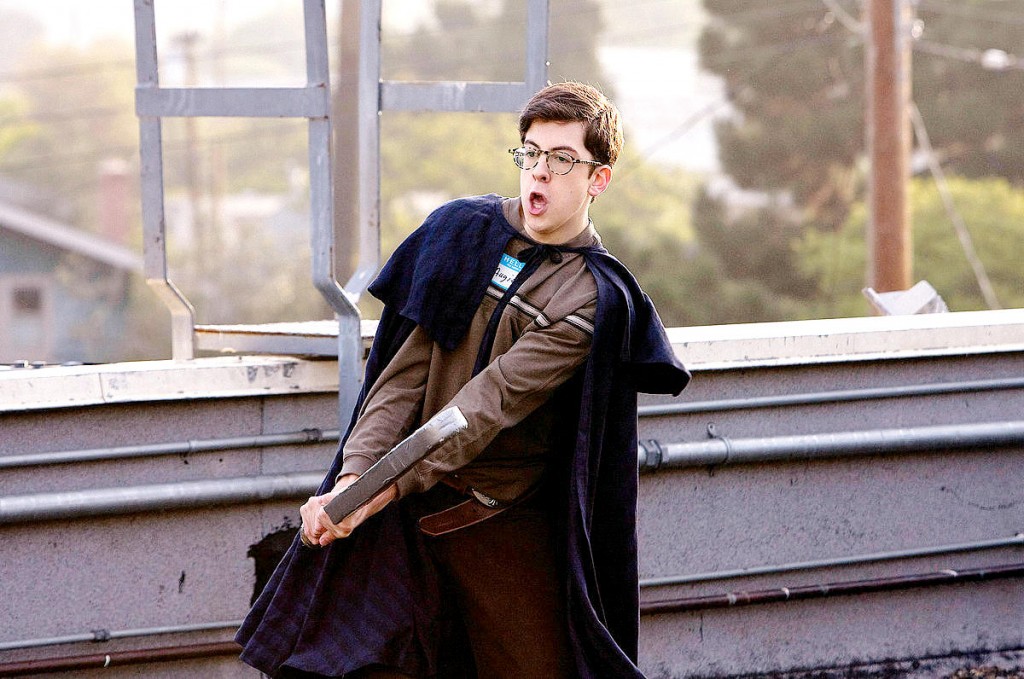 Relax everybody, he’s only Augie from Role Models (2008, Wain), getting his LARP on. 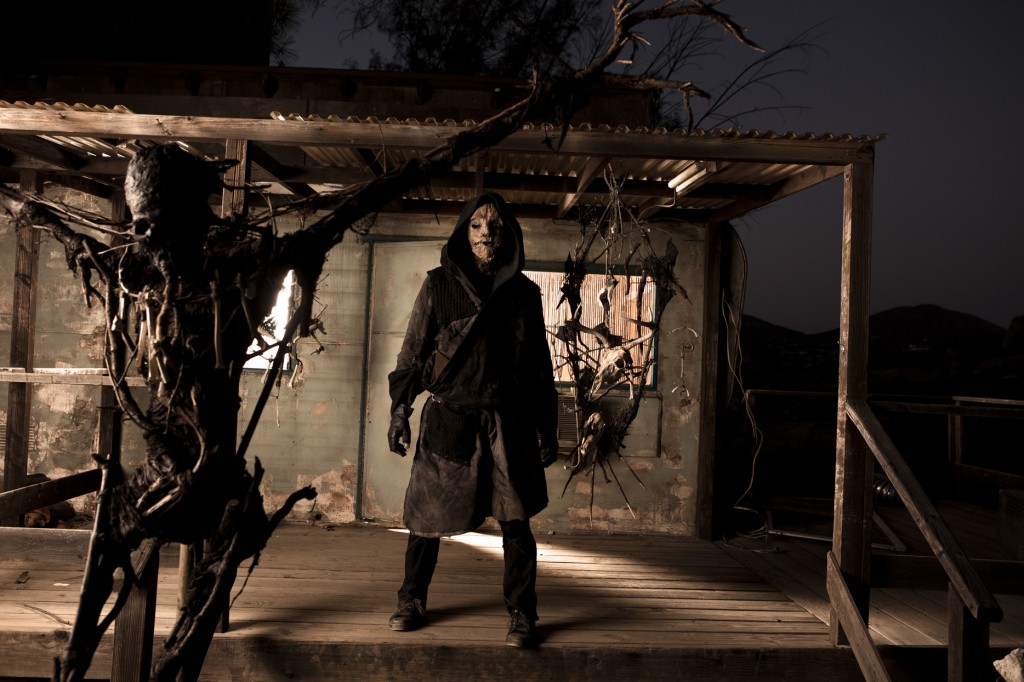 What do you think about the mysterious Meat-Dropper of Gastonia? Any theories as to his/her true identity? Sound off in the Comments section!