This is gonna be sticking with me for quite some time. 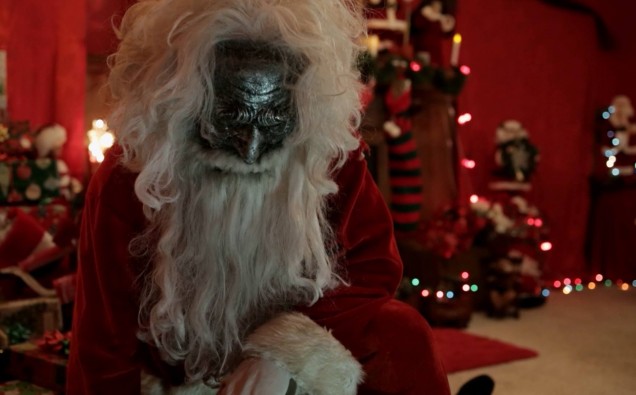 I’ve been following Todd Nunes’ All Through the House for quite some time. Earlier this year, I showed some love towards the film’s kickass trailer. At the time, I was reporting that the film would make its world premiere at the RIP Film Fest in Hollywood on Halloween night. Seeing as Halloween has now past, I’m happy to report that the film took home three awards at said festival – the three awards being Best Slasher, Best Editing, and the Audience Choice Award. So congrats to the folks behind this film for taking home not one, not two, but three awards.

After seeing the trailer for this Christmas slasher, my expectations were pretty high. I knew the film starred scream queens Jessica Cameron (interview here) and Ashley Mary Nunes, and I knew the film featured a killer that had a really original and creepy look, but other than that, I didn’t know a whole lot about this film. Luckily for me, Todd Nunes and The Readmond Company were kind enough to provide a screener so that I could check this thing out and spill my thoughts for you guys. So here goes…

The film opens with a group of young kids. They instantly manage to awaken the pissed-offedness of the Santa Slayer, and from then on, the Santa Slayer goes on an outrageous murder spree. The body count is extremely high. There is no shortage of sex  and nudity either; these two things alone could be enough to allow this film to draw some comparisons to the widely recognized and highly regarded Christmas slasher known as Silent Night, Deadly Night. The high body count in this case works perfectly, as the story further develops in between death sequences as we make our way closer to an epic final stretch.

The script, penned by director Todd Nunes himself, is filled with a solid blend of humorous dialogue, graphic death sequences, and genuinely creepy moments.  Todd really hit the nail right on the head with this one. His sister, Ashley Mary Nunes, takes on the lead role and does a fantastic job. I really look forward to seeing her climb the ranks as a scream queen and I can’t wait to see what she does next. Here’s to hoping that the Nunes siblings team up for many more features as the years go on. I’ll actually be thoroughly surprised if these two don’t become one of the most well-respected tandems in all of indie horror. 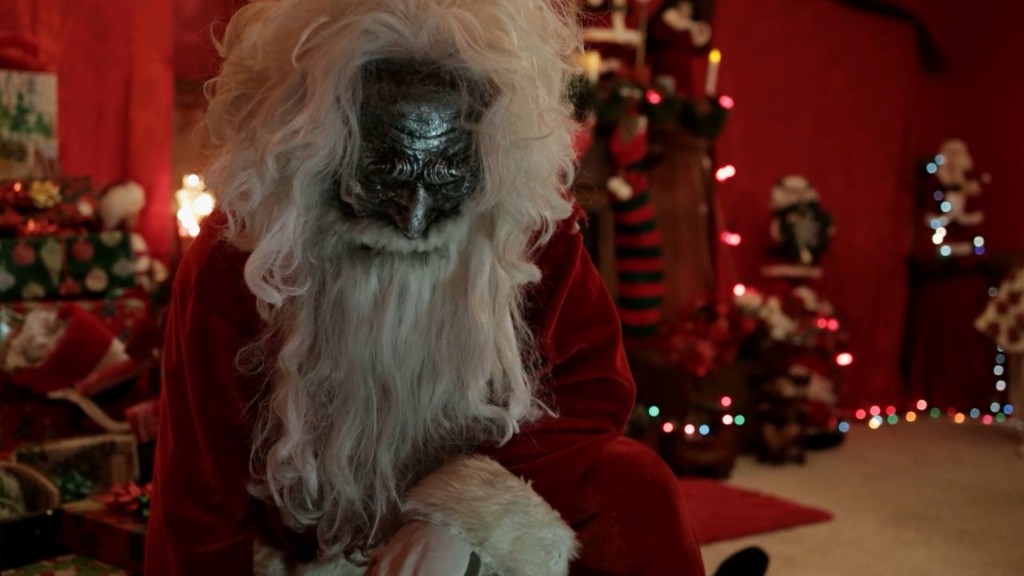 Every now and then, an indie slasher film manages to exceed all expectations and completely deliver in every way imaginable. All Through the House is one of those films. This Christmas slasher is everything you could ask for in an indie horror film. Almost every aspect of the film is superb. The music from Irving Victoria is amazing. Tommy Pietch and Josh McCarron did an extremely awesome job on the special effects. The camera squad did amazing work on the lighting. The film as a whole is not just passable – it’s far superior to what we’ve come to expect from indie slasher films.

Overall, All Through the House is everything you’d expect, plus a whole lot more. I was expecting a fun slasher film, but this turned out to be one of the most memorable films I’ve seen in quite some time. Normally when I review a film, I mention the positive and negative aspects…but with this film, I really can’t think of any complaints at all. This should very well go down in history as a must-watch for horror fans during the holiday season for years to come. I’m still kinda in shock over how epic this was.