Review: Attack on Titan: End of the World 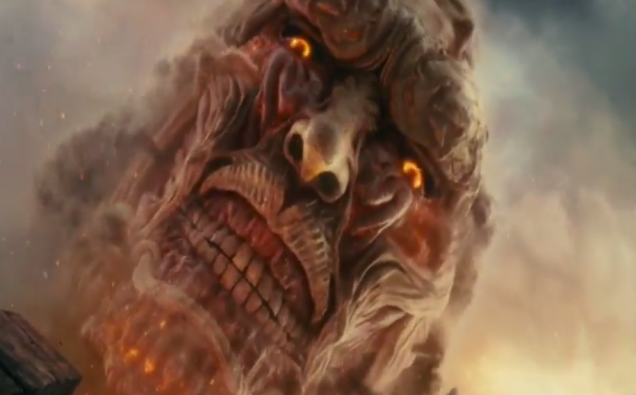 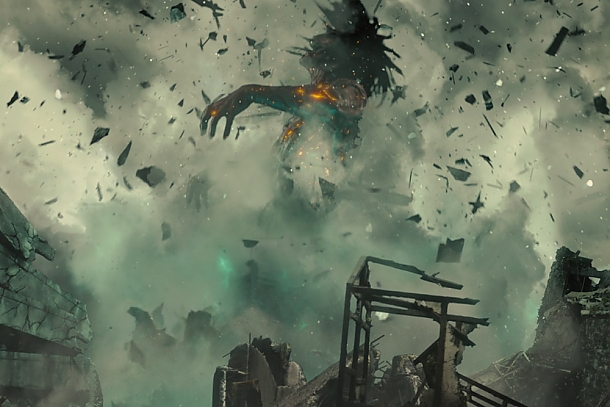 Earlier this month, I enthusiastically gave Part 1 of the Attack on Titan movie 4 out of 5 “bloody knives”.  But even though the continuity between the two halves is nearly instantaneous, Part 2 has a different feel and, unfortunately, very uneven momentum.  What makes Part 2 (aka End of the World) a difficult review, though, is that it’s not quite a sequel; both movies were filmed simultaneously with the second released mere weeks after the first.  Should I therefore revise my previous assessment of Part 1 in favor of a single review that covers both?  Of course not!  Because even though Part 2 is a piece of the whole, it suffers from many of the same pitfalls that plague most sequels.

End of the World stumbles most severely due to a near-complete absence of Titans.  Sure, Eren Titan comes back out to play, and flaming Colossal makes another appearance, but the bumbling, infantile, giants of the gleefully cannibalistic variety are harder to spot than the Loch Ness Monster.  It’s as though director Shinji Higuchi forgot how essential these beasts are for maintaining a pervasive sense of dread.  The Titans we do see are mostly flashbacks from Part 1, or else they’re sitting in a circle playing Paddy-Cake. (Think I’m joking?)

Whereas Part 1 was an action-horror juggernaut, Part 2 is big on answers but low on impact.  Calling it a horror movie becomes a stretch, in fact, as Higuchi delves deep into sci-fi territory.  If you’ve been dying to know exactly where the Titans come from, you’re in luck.  But if you’re looking for more catastrophic destruction on a grand scale, you’d be well-advised to lower your expectations.  It’s hardly a bad movie; it’s just not as skillfully presented as the first half of the story, and definitely benefits from being seen as part of a bigger picture. 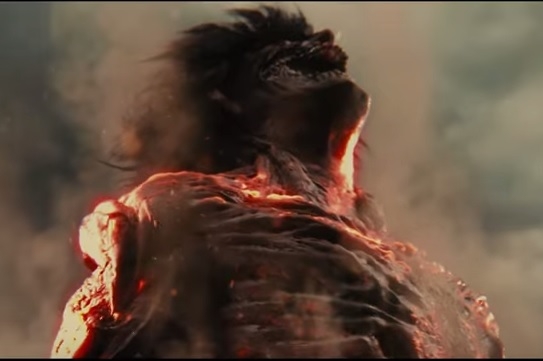 End of the World excels, though, in the same ways the anime and manga shine: It’s a consummate underdog story, where every victory is hard won—much too devastating to celebrate.  As opposed to other manga-influenced anime and films, neither Attack on Titan movie is entrenched in the oft befuddling nuances of Japanese culture.  And even though humongous questions are illuminated, there’s still plenty of mystery left in this mythos.

The film delivers common post-apocalyptic troupes, including the emergence of an authoritarian regime and the subsequent suppression of knowledge and technology.  Conspiracy theorists worldwide will see a blatant metaphor for governmental manipulation, especially in regards to issues of “national security”.  Within this metaphor, even the Titans have a very specific symbology.

Even though the Attack on Titan movies are spawned from a vast wellspring of source material, they’re very accessible to newcomers.  And it’s worth knowing that I was first attracted to Attack on Titan, not as a fan of anime, but as an aficionado of all things horror.  By itself, End of the World may be a full “bloody knife” less satisfying than its predecessor, but it’s still an integral component of an awesome saga.  And there’s a lot of steam left in this engine, meaning additional Attack on Titan movies should be inevitable, as long as the demand exists—and I say: “Yes please!”

Stick around through the credits for a stinger that will have you reevaluation everything you just saw—in the best possible way!

Have you seen the Attack on Titan movies?  How do you thing Part 2 stacks up against Part 1?  Sound off in the Comments section.