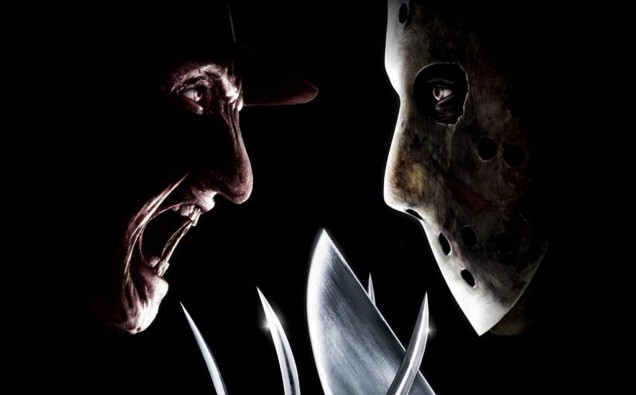 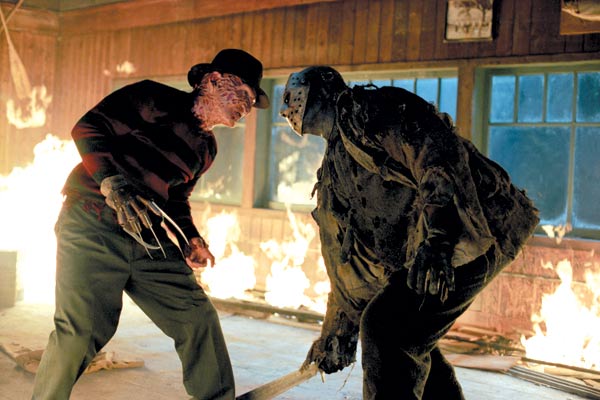 This is going to be a strange review. This is in my top 5 PERSONAL favorite horror movies of all time but fuck my life this movie has so many problems. I base my personal favorites on re-watchability and how entertaining they are and this ticks both those boxes for me.

I love the idea of 2 veteran slashers going at it on the big screen and I commend them on having the balls to make this movie. This movie has a beautiful look to it, not the menacing, dirty gritty boiler room feel which is why I think it has a high re-watchability factor because for me it’s more of an “any mood” movie. I like the old school gritty, dirty, creepy movies but I have to be in the right mood for them, this movie I can watch any time and for some stupid reason I just fucking love it.

I think Jason looks amazing in this movie and Freddy looks real good except when they try to make him look like the devil towards the end where he explodes out the water. It’s a very fun and enjoyable movie which doesn’t take much effort to watch.

My biggest issue with the movie:

In the main fight sequence at the end of the movie, Freddy clearly stabs BOTH of Jason’s eyes, Freddy literally puts the entire length of the blades into both eyes then blood squirts out everywhere. Shortly after that Freddy & Jason are blown into the water by the gas explosion thanks to Will & Lori. Freddy gets out the water and Jason magically sees where Freddy is stood and then thrusts Freddy’s own arm with the knife glove through Freddy’s body. Yes Jason can see again apparently and if that is not bad enough, when Lori chops Freddy’s head off we cut to a shot of Jason slowly floating down into the water and you see both his eyes in perfect condition and he blinks.

I don’t know what in the fuck they were thinking when editing this but it is probably one of the biggest flaws I have seen in a horror movie, possibly ever. Having said all that it holds a special place in my heart. The tone of this movie is what I always wanted for a Freddy movie.

I still love this complete piece of shit and also the soundtrack is fucking epic.