A resurgence in werewolf fiction? 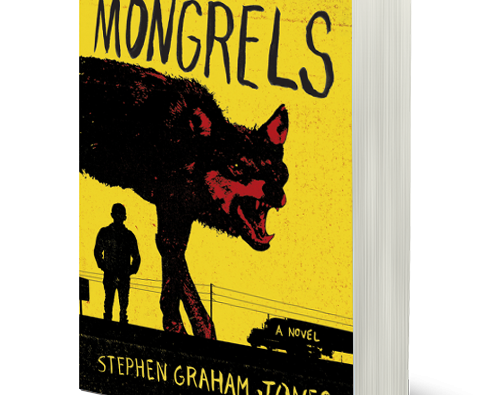 Werewolves despite being instantly recognisable have relatively few books written about them and very few classics compared to other creatures of the night. Many werewolf books now are romantic or clichéd but not Mongrels.

This book reads like a werewolf survival guide as the lad is taught what it’s like to be a werewolf by his family and it builds up an incredible mythos. The werewolf here isn’t predominately a dangerous predator but a sympathetic fragile character. Some lessons we learn are werewolves use a lot of energy sifting which is why they’re always hungry. This means they’ll eat anything that smells remotely like food even the bin contents and many wolves have died from ruptured stomachs after eating a can in wolf form and shifting back too early.  Werewolves also age prematurely because when they are in wolf form they age in dog years which is such a great idea I’m surprised more people haven’t used it.  There isn’t any scenes of murdering people with gory detail which may disappoint some but there are a few horror scenes like when one family member goes missing. This was originally a set of short stories and you can tell this as several chapters could easily be skipped without harming the narrative structure.  The narrative however is that good, told from the boy (…) view emphasising his longing to be a werewolf like the rest of his family that the chapters are still enjoyable even if not crucial. That being said some of the chapters don’t use the main characters name but list them by occupation and say thing like caretaker’s wife which I found annoying and originally confusing. I understand the narrative device was used to show how they keep travelling (as the missing animals would bring attention to their nature as would any missing people) and need to take any job possible which shows how hard their lives are. But I still feel it jarred when some chapters used character’s name like Libby and … then they are referred to by their job. One final point is the odd phrase sheeps which are werewolves that don’t wolf out anymore. I can understand why the author includes them and why normal werewolves would dislike them as they’re pretending to be something they’re not and eventually they will turn and kill humans they live with. But I felt sheep wasn’t the correct term to use as it made them sound like dinner.

Overall this was a very different werewolf story which is sympathetic, has an amazing mythos and only minor flaws like the term sheep and the fact that the book occasionally feels like a short story collection.