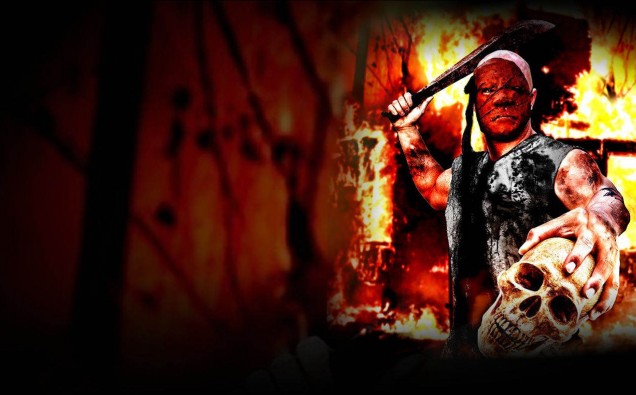 Eddie Fright aka Eddie Lengyel of Fright Teck Pictures is a filmmaker I’ve been meaning to familiarize myself with for awhile now. Scarred, which was originally known as Kandie Land is the latest film to come from Eddie and his Fright Teck label. Going in to this film, I had no clue what exactly it was about – all I knew was that it was a slasher film and that it featured what looked to be a super cool killer named Jonah. 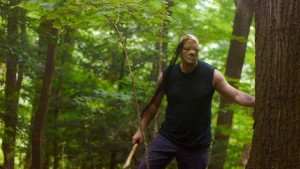 The story follows a group of aspiring models who take a trip to ‘Kandie Land,’ the property once owned by the dysfunctional Kandie family. Of course, with this being a slasher film, they believe the place is abandoned, but end up getting a lot more than they bargained for after finding out that the legendary Jonah still roams the property…

There are a few cool moments early on in the film that actually really took me off guard. Since anyone with internet access could go to the Scarred IMDB page just as soon as they could check out this review, I’ll go ahead and say: both Ari Lehman and Shawn C. Phillips show up early on. Also, the film features a really cool soundtrack that features Mike Patton’s band The Loblaws, which can also be heard in Don’t Go to the Reunion, a 2013 slasher film from Slasher Studios. 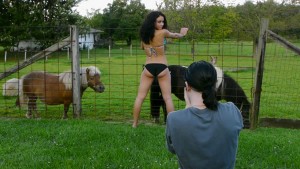 Throughout the film, we learn more and more about the legend of the creepy killer known as Jonah Kandie. The story behind this particular protagonist is different than that of most slasher films, in the way that this particular backstory is actually somewhat realistic and pretty believable for a backwoods slasher film. This alone was a huge plus in my books. I know it’s hard to make a slasher film original these days, but this film put up a very good effort in doing that. I’d also like to take a moment to applaud actress Molly Miller for her outstanding performance as Tiny, especially in building the tension between the Kandie family and in creating intrigue for the killer known as Jonah. She sold the entire story really, really well. I was really impressed.

Just like any other indie slasher film, Scarred isn’t perfect. There are a few flaws along the way, including a bit of inconsistency in the audio and a logical fallacy in a particular death scene. However, these few blunders are definitely forgivable. The final forty minutes of the film alone make the entire thing worth watching. The good definitely outweighs the bad, so therefore, I decided to go with 4 out of 5 knives on the scale. I’d highly recommend this film to slasher film fans…you won’t be disappointed.