The Campground reopens, revisits, and reimagines... 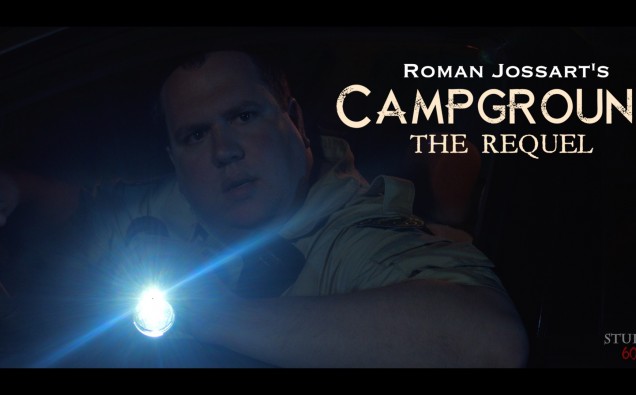 The guys over at Studio 605 followed up a successful 2014 with a slew of cool projects in 2015. I really enjoyed their shorts Knock Knock and Last Supper (which you can read my review for right here), but the biggest project for these guys in 2015 was their newest feature – The Campground: The Requel…which, as its title may suggest, serves as both of a remake and a sequel to their debut feature, The Campground. 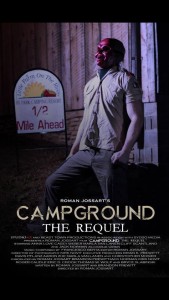 If you’ve seen Roman Jossart’s original Campground, you probably know that it isn’t perfect, but definitely displayed some talent and some big time potential for potential. This remake/sequel works to expand upon the original story while still using what worked in the original. This is a very unique way to tell a story, considering the story is so closely based on the original, but also has all the makings of a wicked slasher sequel. This film offers a much more complete take on Roman’s story, and improves upon its successor in almost every way possible. 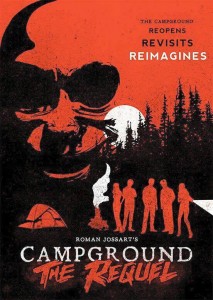 That isn’t to say The Requel doesn’t have some flaws of its own. The film is at times too dark, and the acting isn’t always great (despite an amazing performance from Marla Van Lanen).  But while this film may not have completely erased some of the flaws of the original, The Requel is definitely a solid upgrade, and definitely makes it clear that the folks at Studio 605 are gonna be around for a long time to come.

If you’re a fan of indie slasher films and can look past some of their imperfections, you’re probably gonna want to check this out. This is a fun and entertaining slasher film that was made with little money, but lots of heart. The guys at Studio 605 may have a little room to grow, but at the same time, these guys have a lot of heart and passion – and if they stick together for long enough, they’ll become a force to be reckoned with amongst the indie horror scene.