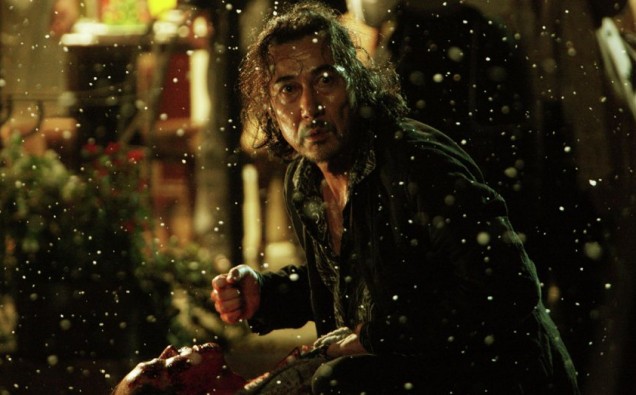 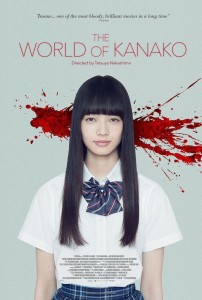 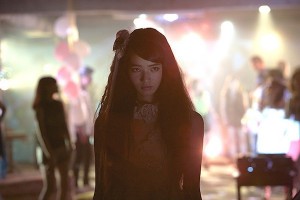 Directed by accomplished director Tetsuya Nakashima, The World of Kanako is a unique thriller based on a novel by Akio Fukamachi that I’ll admit I’m not familiar with. I didn’t necessarily know what to expect from this film, but it turned out to be a pretty fun watch. The story follows a girl named Kanako (as the title would suggest), who lives a secret, yet dangerous life. Her father, an ex-detective (and apparent psychopath) leads a search for his daughter in hopes of bringing his family back together. As you could guess, a shit ton of madness ensues. From the very beginning, we see lots of very beautiful scenery. On top of that, the film also features a ridiculously cool soundtrack. For some reason, those elements alone made the film very unique; however, the film’s story is told in a way that is somewhat confusing, yet very different. Come to think of it, this is probably the most unique film I’ve seen in awhile. If you have an appreciation for foreign cinema, this film is perfect for you. There may be a couple times where you’ll ask yourself, “what the hell am I watching right now?,” but I can assure you, it’ll be worth it. The final however-many-minutes of this film alone, make this a must-watch. 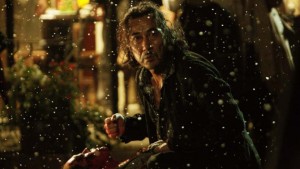 With a runtime of almost two hours, you probably wouldn’t be too surprised if the film consisted of a few cool scenes that are connected with an abundance of filler crap; however, this film actually manages to keep you captivated pretty heavily over the span of two hours. I’m not the kind of horror fan that mostly just wants to see a bunch of outrageous murder sequences. I love gore, but I prefer a fun story for the most part. The World of Kanako succeeds by not only offering lots of great gore (and great gore effects as well), but also exhibiting many intense situations that manage to evoke some emotion amongst the viewer – and what’s the point of watching a film if you’re not wanting to feel anything at all for the characters? I originally didn’t know exactly what to rate this film on the knife scale, but I decided to go with 3 and a half out of 5, mostly because this film wasn’t necessarily a masterpiece, but it never really had a dull moment, and actually became even more epic towards the end, which I’d have to say is a pretty incredible feat for a 2-hour thriller film.