Move Over Norma Bates, There's A New Mama In Town 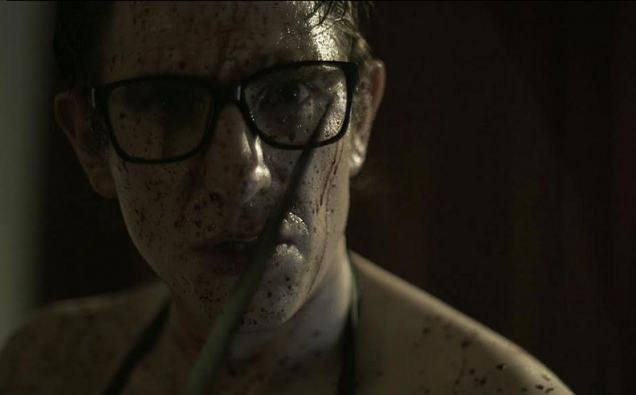 Who’s Watching Oliver is a horror film which is currently making it’s run successfully in the festival circuits. So far the film has won 5 times Best Picture, 2 times Best Actor (for Russell Geoffrey Banks) and 2 times Best Supporting Actress (for Sara Malakul Lane and Margaret Roche), as well as several other Nominations and Official Selections.

Who’s watching Oliver tells the story of a mentally unstable loner lost in a life forced upon him. By night Oliver aimlessly wanders the streets and bars on what can only be described as a truly shocking and humiliating killing spree. His only savior and possible way out of a life he is desperate to escape comes in the form of the beautiful Sophia with her sweet eccentricity and naivety to the danger she has put herself in.

The producers were kind enough to have given me the pleasure of being able to view Who’s Watching Oliver and I have to say it is great. It’s dark, it’s creepy, and best of all, it’s different. It’s a breath of fresh air for the horror genre.

I cannot compliment the sound in this film enough. I’m pretty much half deaf but yet I heard every line, every background noise, and even every foot step. I usually miss stuff while watching tv or even at the theater, so that is a testament to how great the sound is in this film.

Russell Geoffrey Banks is great in the film. There were times when the character says something I just cringed with embarrassment. That doesn’t happen very often (or ever) in horror movies. And I’m not talking about laughing at a cheesy 1980 joke in Friday The 13th either, Bank’s portrayal of Oliver’s uncomfortableness around the other characters was just so perfect. Bank’s nailed the role in every way possible, it just seems a shame he has only won 2 Best Actor Awards for his role.

Sara Malakul Lane was another great find for the film. She’s far more than eye candy in the film. Her character’s eccentricity and sweetness are the perfect counter to unbalanced Oliver.

If you like blood, it has more than it’s fair share of it. I could go on and on, because I really loved this film, but I don’t want to get into spoilers. Unfortunately, as it stands now, there are no distribution for the film. But they do have a trailer and a Facebook page. I would flood their Facebook page and let them know “I want to see Who’s Watching Oliver”. Hopefully it will see a release soon, but trust me, it’s worth the wait.