How this film helped shape me as a horror fan. 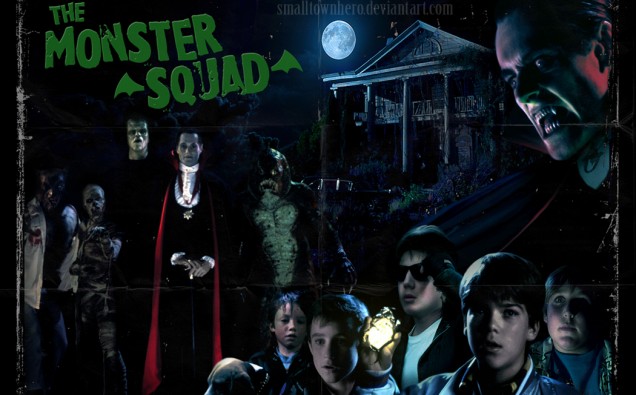 The Monster Squad is a horror/comedy film written by Shane Black and Fred Dekker. 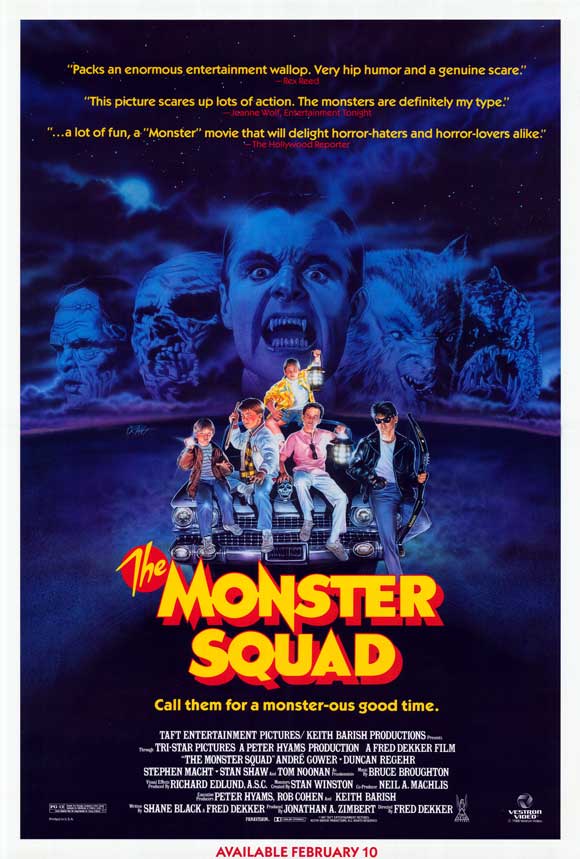 Dekker also directed the film in which Universal Monsters Dracula, Gill-Man, Frankenstein, The Mummy, and Wolf Man attempt to take over the world and plunge it into darkness.

A group of pre-teens who idolize classic monster movies form a club called The Monster Squad, and have meetings in a tree house which is decorated in homage to classic horror films. Upon receiving a diary written by Abraham Van Helsing, the groups leader Sean (Andre Gower) has it translated and learns that monsters are searching for a special amulet that will allow them to accomplish their task.

With the clock ticking against them, the club takes it upon themselves to battle the monsters. Once they retrieve the amulet before Dracula does, the group uses it to open a hole in Limbo that sucks the monsters out of our world forever.

With The Monster Squad being added to Netflix this month, I broke out some popcorn and took the opportunity to revisit a film that I have not seen since I was ten years old.

Upon its release in 1987, I saw The Monster Squad numerous times on Prism, a regional premium pay channel in the surrounding Philadelphia area that broadcasted films and sporting events. I was captivated by the revision of the classic monsters whom I recognized from the late night television I was allowed to watch on Saturdays during the summertime.

After seeing this film with adult eyes, I realize now how it helped shape me into a horror fan.

The use of comedy between the group is brilliant, and I related to it as a boy hanging out with my friends, who all loved the same monsters as I did.

This was when I began collecting vintage horror comics, posters, and saving my allowance to buy VHS tapes at flea markets and my local video store.

I also began reading a lot of books. Bram Stoker’s Dracula, Mary Kelly’s Frankenstein, and Robert Stevenson’s The Strange Case of Dr. Jekyll and Mr. Hyde were among my favorites. This branched out into reading the works of Edgar Allan Poe, Steven King and eventually exploring the Slasher genre with movies like Friday the 13th and Nightmare on Elm Street.

After that I was totally hooked, and the rest is history.

We all started somewhere, and for me it was classic horror which I am still a huge fan of today. What movie turned you into a horror fan? As the most passionate fan base I believe we all remember what lured us in.

Let us know in the comments below.

Here is one of the original trailers for The Monster Squad. If you haven’t seen it you should check it out, the film is a lot of fun.