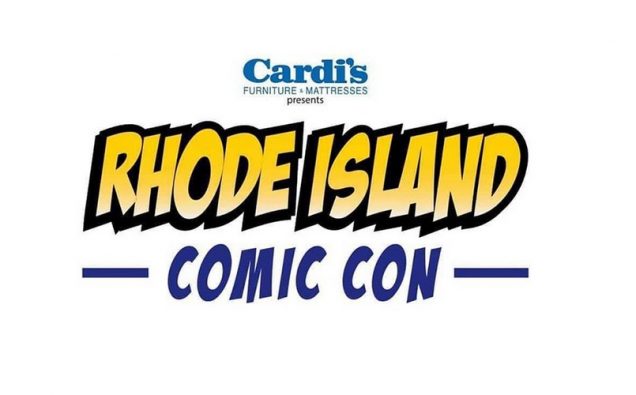 As the “biggest show in the littlest state”, the Rhode Island Comic Con always has a wide variety of celebrity guests, and this year is no different. This year however, the have a great collection of horror guests.

Headlining the horror guests in horror royalty, Freddy Krueger himself, Robert Englund. For anyone who hasn’t met Robert, I highly recommend it. He is well worth the money and the wait. Please note, there will be a wait for him. If you’re worried about walking up, saying hi, getting an autograph, and then being sent away, you don’t have to worry about that with Robert Englund. He’s known to take several minutes talking to every fan. He loves to talk and if you get him going, he can go for 15 minutes. He’s worth the wait, but do plan accordingly if you get into his line. Robert Englund will also be doing a Professional Photo Op at the show, while he won’t be in character, he will have Freddy’s glove with him, for a cool photo op.

Also coming to RICC, all the way from Hawkins, Indiana, is a group of Stranger Things cast members lead by Gatan Matarazzo. Also joining Gatan is Matthew Modine as well as season 3 newcomers Alec Utgoff, Francesca Reale, and Gabriella Pizollo. For convention regulars, seeing a few new names on the list is always a good thing. Add some new autographs to your Stranger Things items. All 5 are doing professional photo ops, including a special team up photo op with Gatan Matarazzo and Gabriella Pizollo.

Some more of the great horror guests making an appearance this year: Richard Dreyfus, of course of Jaws and Close Encounters of The Third Kind, making a rare convention appearance. Robert Patrick from Terminator 2 and The X-Files, Alfie Allen and Kristian Nairn from Game of Thrones, Steven Yuen and Michael Cudlitz from The Walking Dead, and Elijah Wood (who is a lot more famous for non-horror movies, though he has made a few so I’m listing him here.)

While not horror, I would be remiss if I didn’t mention appearances from original Star Trek actors William Shatner, George Takei, and Nichelle Nichols. This could very well be the last time the 3 ever do a show together, so this could be your last change. Of course all three will be doing professional photo ops.

Other non-horror guests attending the show include a National Lampoon’s Vacation with the entire Griswald family – Beverly D’Angelo, Anthony Michael Hall, Dana Barron, and a very, very, very rare appearance by Chevy Chase. Also making appearances are Avengers: Endgame’s Dave Bautista, Pom Klementieff, and Benedict Wong. Tick and Seinfeld fans will be happy to know that Patrick Warburton will be attending. High five. And 90’s kids will be happy to hear that 2 of Bayside’s own Mark Paul Gosselaar and Elizabeth Berkley will be there as well. And the list is still growing.

While RICC does not have their panel schedule up yet, expect one or more of the horror guests to be taking part in them over the weekend. I know in the past they have hosted a Robert Englund panel as well as a Stranger Things panel, so look out for them maybe again. I will admit I’m kind of bias, but I could just listen to Robert Englund’s stories for hours, so if he is doing a panel, I would suggest checking it out.