First there was House of 1000 Corpses.  Then there was The Devils Rejects. Now, from writer/director Rob Zombie comes the next blood-soaked chapter in the most violent crime saga in history… 3 From Hell. 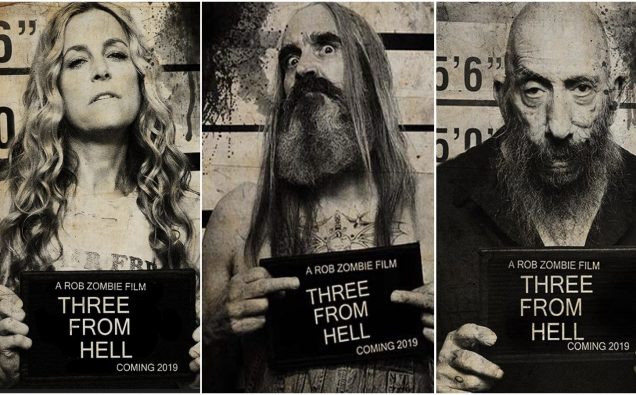 3 from Hell has been a long time in the making and Rob Zombie fans have been waiting patiently for their favorite threesome to return! Well, the film has been shot and it finally looks like it will be released sometime this year! Musician and director Rob Zombie has directed a variety of horror movies over the years that are definitely his own style! I loved House of a Thousand Corpses and The Devil’s Rejects. Both movies are brutal grindhouse films, but perfect for the right audience of loyal fans who feel a third film in this series has been way too long in coming. Rob Zombie wrote and directed the latest addition to the Devil’s Rejects Universe. As for the trio of psychotic degenerates in these films – Captain Spaulding, “Baby” Firefly, and Otis Driftwood, fans love them even at their worst. The gang is now back in 3 From Hell, and Rob Zombie has released the first teaser from the upcoming horror movie.

Not surprisingly, the teaser is styled like an old-school exploitation trailer. It starts by reminding us of the three murderous anti-heroes, played once more by Sid Haig, Sheri Moon-Zombie, and Bill Moseley, and shows us brief clips from the previous movies. It then delivers the first footage from 3 From Hell, including Baby in jail, Spaulding laughing maniacally, and a sinister masked figured firing a machine gun in a church. It doesn’t explain how the trio made it out alive from the avalanche of bullets that met them at the end of The Devil’s Rejects, but given the title, it could be that they didn’t actually survive. 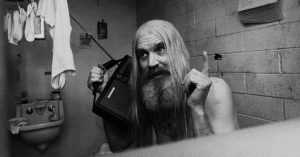 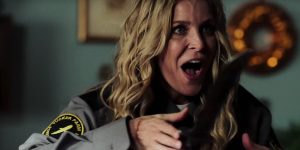 Three From Hell also stars Danny Trejo (Machete), Emilio Rivera (Mayans MC), Richard Brake (Kingsmen: The Secret Service), and Dee Wallace (ET: The Extra-Terrestrial). The film doesn’t yet have a release date, but the trailer states that it will arrive later in 2019. #FreeTheThree