RoboDoc: The Creation Of RoboCop’ Is $200 Away From Its Goal!

Made By Fans For Fans

Made by fans for fans, from the creative team who brought you ‘Leviathan: The Story of Hellraiser and HELLBOUND: Hellraiser 2’ and ‘Your So Cool, Brewster! The Story of Fright Night’ comes RoboDoc: The Creation of RoboCop’. It’s been 30yrs since the cult-classic RoboCop was welcomed into the lives of millions and now a campaign has been launched to walk you through the journey.

Directed by Paul Verhoeven, produced by Joe Davison and written by Ed Neumeier and Michael Miner in 1987: The cult classic managed to make it into the lives of every sci-fi geek for miles including the life of the director behind the documentary, Christopher Griffiths.

“To say that RoboCop is a big part of my life is an understatement. Just ask anybody who knows me. It is the film that started it all for me at an age, when I probably shouldn’t have been watching it,” Griffiths then continued “Like many others, but I did, and I have grown up with it and found new things each time I watch it.”

From The Press:
“Supported by dozens of the original cast and crew RoboDoc is made by fans of the movie for fans of the movie. The crew have already received support from over 20 of the cast and crew as well as the RoboCop Archive, and there is no doubt that by the time of production many more key players will be attached to share their amazing stories about one of the most iconic movies ever-made.

RoboCop is a film that holds a permanent spot in many of our collections. It’s a film that definitely took the test of time and is a film many of us [not me] grew up with. Speaking out on RoboCop is the Creative Producer behind this new project, Eastwood Allen

“RoboCop is a visceral experience like nothing else. It possesses everything that was great about that era of filmmaking, and was way ahead of its time.” Then going on to say “The movie shaped my sensibilities as a film fan, and has remained a solid favorite of mine since I can remember”

“After Leviathan and Brewster, there was only one other cult-classic that we wanted to tackle and that is RoboCop. RoboCop is a movie that I have so many fond memories of watching when I was a child. I vividly remember being enthralled with the story of Alex Murphy and being grossed out, but excited by the amazing special effects.

This project is a labour of love as Chris and Eastwood are die-hard fans of RoboCop and truly are the best people to do the movie justice.”

If the campaign is a success, expect RoboDoc: The Creation of RoboCop’ Spring [April] of next year. If you are a REAL fan of the franchise, let’s see how close you get RoboDoc to meeting its goal [only about $200 away!]

BE QUICK THOUGH, 16 DAYS LEFT [As of this post] TO REAP YOUR REWARDS!

Which includes thank you’s from the cast, official posters, your name in the credits, t-shirts, Robodoc on blu-ray/DVD and more! 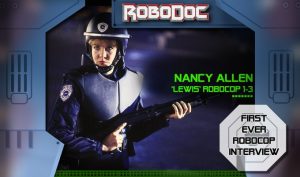 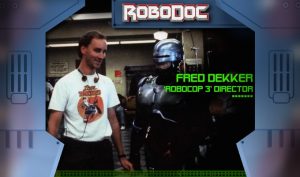 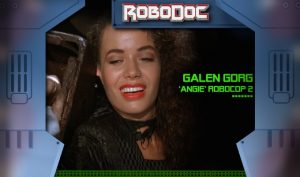 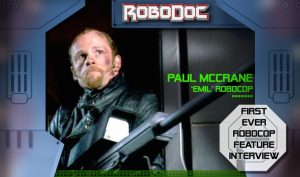 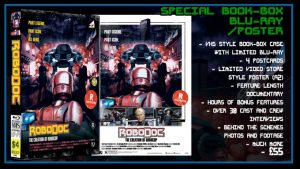 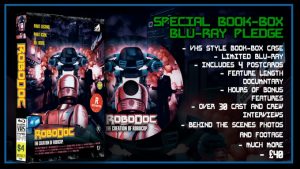 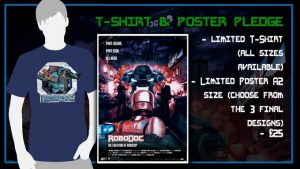 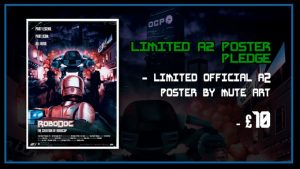 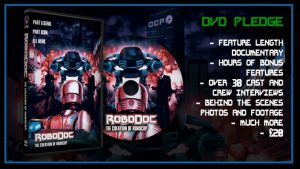 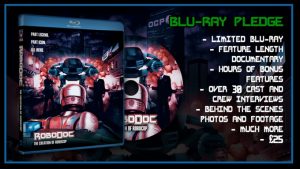 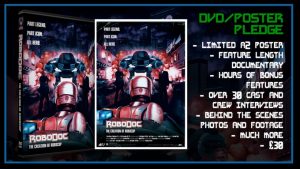 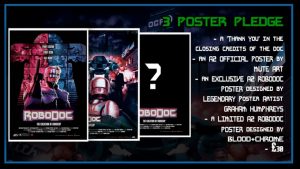 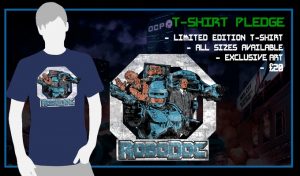 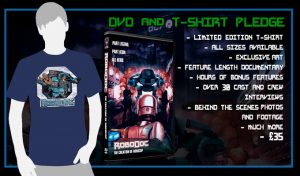 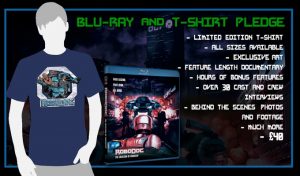 Where the money’s going 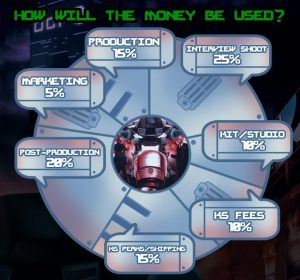