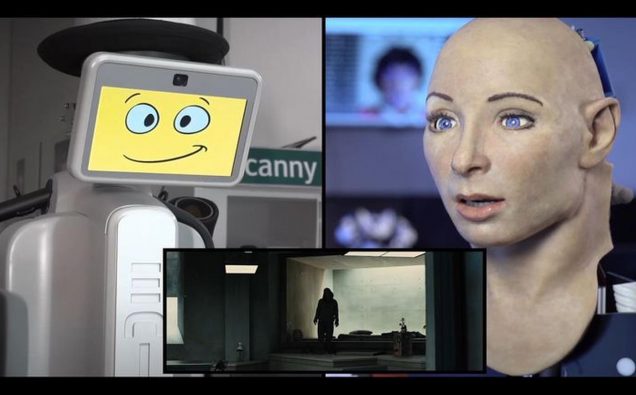 Science run-amok thriller Morgan opens in theaters in about a week now. What better way to illustrate a scary movie about mad science than to scare some actual robots? That’s exactly what the team behind the upcoming Luke Scott (son of Ridley Scott) film did when they showed their trailer to two of the most sophisticated robots out there: magicLab’s EDI (Electronic Deceptive Intelligence) and the University of Pisa’s FACE (Facial Automaton for Conveying Emotions). Check it out!

Well, it’s always nice to know that if Ridley Scott’s Blade Runner androids become a reality, we can scare them off with his son’s movies.