The Blood-Shed gets the scoop from horror icon Ari Lehman. 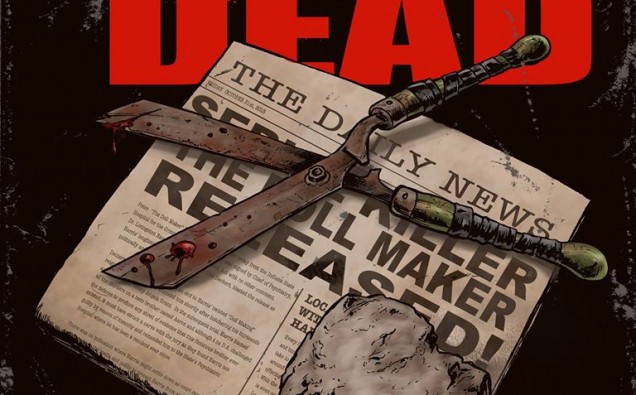 Rock Paper Dead, an upcoming slasher film penned by original Friday the 13th scribe Victor Miller, has officially gone into pre-production. Miller co- wrote the script with Kerry Fleming and the film will be directed by Michael Coulombe (Some Guy Who Kills People). Miller has recruited a veritable cornucopia of horror icons to fill out his cast, including Friday the 13th Alumni Ari Lehman (who played young Jason Voorhees in the first Friday the 13th) and Kane Hodder (regarded as the quintessential Jason, having played the masked-one in chapters VII, VIII, and X). 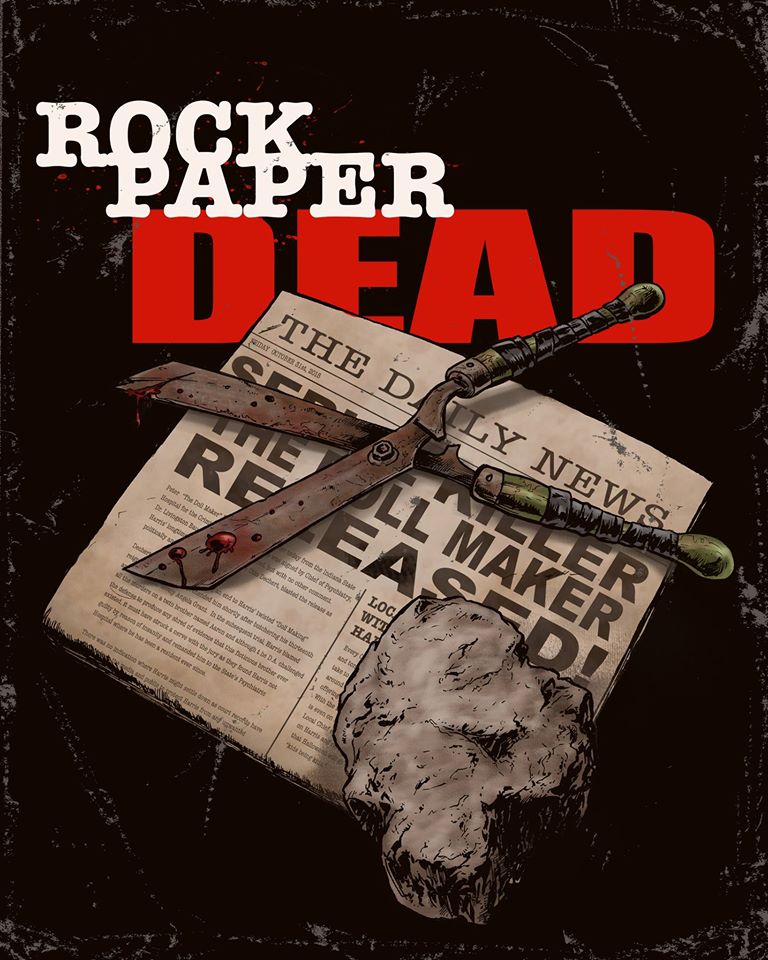 Official Synopsis: A new entry into the horror family from the man who brought you Friday the 13th, Victor Miller. Rock Paper Dead is the story of serial killer, Peter “the Doll Maker” Harris, who returns to his ancestral family estate after being released from the state’s hospital for the criminally insane after twenty years – a “cured” man. Once inside that old house, anguished memories from a tortured childhood and the visitations from past victims shake Peter’s resolve, but it isn’t until lovely young Ashley enters his life that Peter makes a fateful decision. One that will end in murder.

Ari Lehman took time out of his busy schedule touring with his punk/metal band FIRST JASON to answer a few questions about Rock Paper Dead. 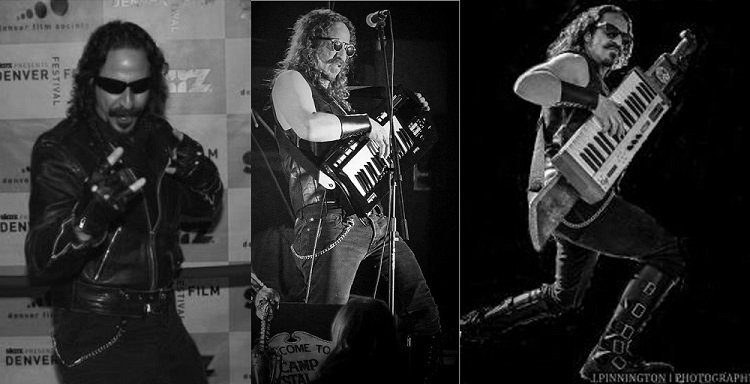 Blood-Shed: When did you get involved with Rock Paper Dead?

Ari Lehman: A few weeks ago I heard that my friend Victor Miller was writing a new feature film project and I was intrigued. I found the synopsis very compelling, reminding me of the best efforts of Hammer House, so I reached out to Victor who paved the way for me to be cast in the film, together with fellow Jason actor, Kane Hodder.

Blood-Shed: What’s it like to be working with Victor Miller again after all these years?

AL: I treasure Victor’s friendship and his insights about film and literature are always enlightening. We get to work together often at horror conventions, where he is very popular with the “Friday the 13th” family of fan/friends. Personally I consider it an absolute honor, and I plan to arrive ready to knock it out of the park for the team.

Blood-Shed: Will this be your first film with Kane Hodder?

AL: Yes. Kane Hodder is also a great friend who I have the honor of working with very often at events, however we have never worked together as actors onscreen. I am really looking forward to this opportunity, and certain that it will be a thrill for the fans.

Blood-Shed: Can you tell me a bit about the character you’ll be playing?

AL: All I can say is that both Kane and I are playing orderlies at a certain asylum. 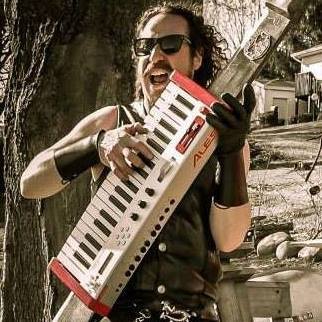 Blood-Shed: Obviously, you’re excited and enthusiastic about this project: Can you tell me what you find most exciting?

AL: Doing a feature film with Victor Miller again after working together 35 years ago on the original “Friday the 13th” is a surrealist’s dream come true! The antagonist in this film is unique and mysterious. My favorite films are the psychological suspense driven horror films like those of Alfred Hitchcock and Dario Argento. Just to be a part of this project is an honor and a thrill. Also the fan/friend response has been huge!

Blood-Shed: On the IMDB page, it looks like the role of Peter “The Doll Maker” Harris has yet to be cast. Is this still the case?

AL: I am not certain, but from what I heard, they are considering some big names for that role. I can’t wait to see who it is!

AL: As many know I have a rock band called FIRST JASON, and you can hear our music, watch our videos, and read all about our adventures performing at clubs and fests like Housecore Fest, Savage Fest, The Viper Room and Whisky A Go-Go, at our website and remember… JASON NEVER DIES!!! 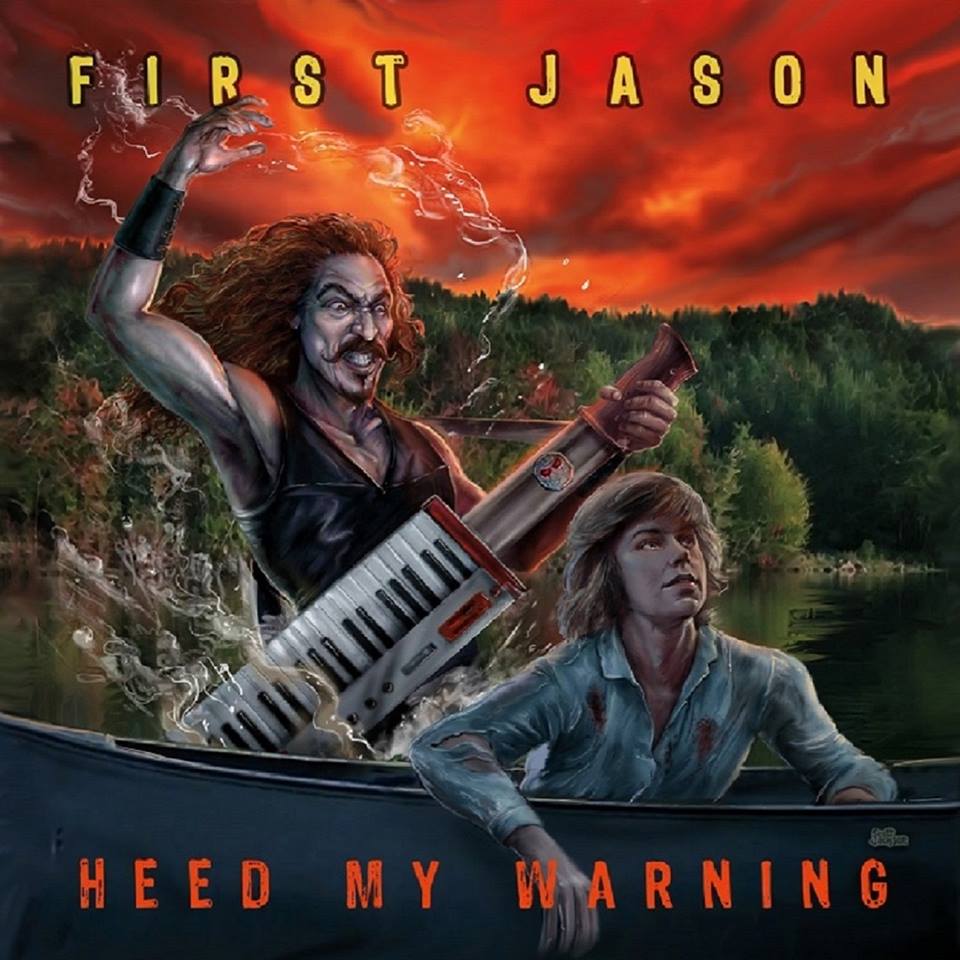 In addition to Lehman and Hodder, other horror heavy-weights who have already been cast in Rock Paper Dead include: Bruce Davidson (Lords of Salem, Munger Road), Michael Berryman (The Hills Have Eyes, The Devil’s Rejects), John Dugan (The Texas Chain Saw Massacre, Texas Chainsaw 3D), and Dee Wallace (Halloween, Cujo).  Like Ari, I’m eager to hear who lands the roll of the lead psychopath!

You can stay up to date on the progress of Rock Paper Dead by liking their Facebook Page: HERE.

Are you looking forward to seeing Rock Paper Dead? Sound off in the Comments section!