Romero’s “Empire of the Dead” Heading to the Small Screen

The Zombie Master is back in action! 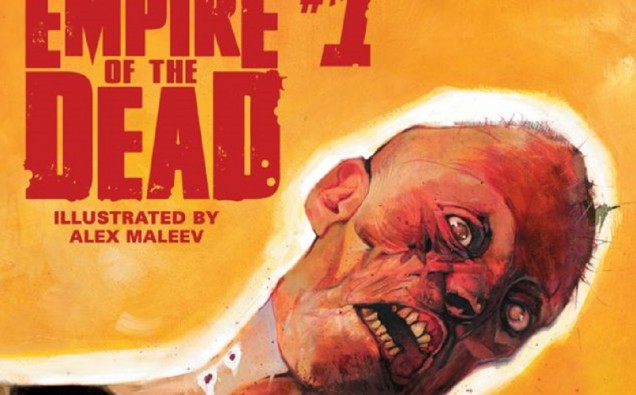 So, I heard that George A. Romero is up to something again…how long has it been? I mean, I haven’t heard his name thrown around for awhile. Like…there was Diary of the Dead (Eh), then Survival of the Dead (Better), &…what was that one thing he did…Deadtime Stories Vol. 1 & 2?…basically, he hasn’t been doing much lately. I knew he was writing a comic book, & it probably would have helped this article if I read the thing beforehand, but I’ll get around to it.

If you don’t want to be spoiled by what I do know, stop reading & go read to the comic. I’ll still be here when you get back, don’t worry.

Now, for all of you that have read the series, or just don’t care, it’s basically the classic Romero zombie story from what I understand, except now there are also vampires. Yep, vampires & zombies. Go ahead & throw in werewolves & aliens, & this will be one of the best graphic novels ever written! 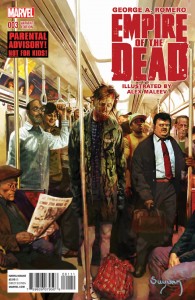 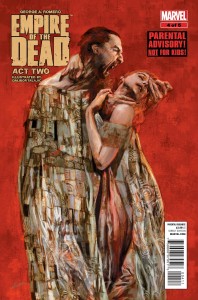 Just in case you didn’t believe me.

Now, the production company Demarest is interested in making a TV series of it (thanks to The Walking Dead, no doubt). George Romero will, of course, be writing & partly producing the show, along with Peter Grunwald.

Honestly, I’m excited about this. There’s already so many vampire shows out there, & there’s The Walking Dead. I mean, it was only a matter of time before someone would decide to combine the two. When is the show coming out? I don’t know, they didn’t say yet, but I’ll definitely be keeping an eye on it & let you know when I find out!