Sadako vs Kayako: A rare miss in J-horror

Seriously, did you even try? 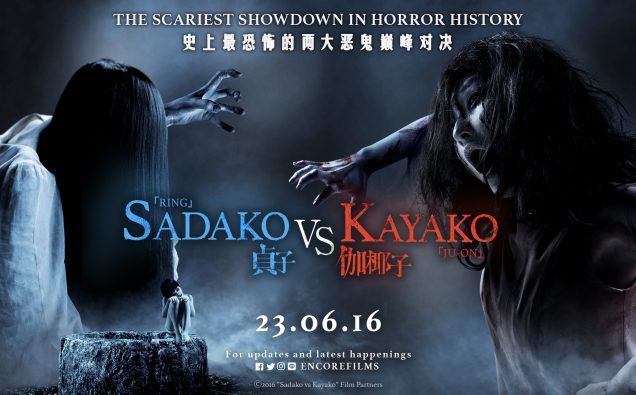 I love asian horror. I love crossovers that depict a shared universe for multiple franchises. These two facts should mean that I love Sadako vs Kayako, a Japanese mashup pitting the antagonists of Ringu (The Ring) and Ju-On (The Grudge). Two creepy dead ladies fighting to the undeath. Should make for a great catfight if nothing else, right? Wrong. There is literally nothing redeeming about this film.

I’m going to contrast this film to Freddy vs Jason, a crossover just as ambitious which, in my opinion, worked very well. First off, right off the bat FvJ ties the titular killers together with the first scene and lays out the plot of the film. In SvK, that’s not what happens at all. 80% of SvK sees no direct correlation between the two killers we are here to see fight each other. Instead, we are given two distinct story threads: one following a character cursed by Sadako and one following a character cursed by Kayako.

Problems abound. The Sadako storyline probably gets twice as much attention as the Kayako one, making the Ju-On killer seem like nothing more than an afterthought in a film that just feels more like a Ringu sequel. And not even a good Ringu sequel. The Sadako story has one of the biggest lack of payoffs I have ever seen! We are introduced to this professor who is obsessed with the Japanese urban legends, especially the “cursed video tape.” He wants to watch it so he can see Sadako for himself. He finally gets a chance to watch it and helps the main protagonist in the Sadako story, all the while making us look forward to a “be careful what you wish for” moment where he finally faces Sadako. That moment never comes. Instead, during a failed exorcism to remove the curse, the protagonist gets possessed and snaps his neck, basically relegating his character to having served no purpose to the plot whatsoever.

Finally, more than halfway through the film, the two stories intersect as the protagonists meet and find out about each other’s curse. With the help of a psychic (who is supposed to be amazing but every idea he has in this film is catastrophic), they decide to try to remove their curses by pitting them against each other. So, they go off to the haunted house of Kayako and soon we are treated to a fight between the two ghosts… lasting about 3 minutes at the most and being incredibly boring. We see here why FvJ worked and this film or proposed films like Michael vs Jason don’t: Freddy could talk and make fights interesting. He could communicate and move the plot. Pitting two silent killers against each other is… well, not great.

And the film ends with zero closure. The fight spills outside and, spoilers, Kayako and Sadako charge at each other, smash together, and actually merge, which makes no sense at all. And then… the movie ends. That’s it. We are given the prospect of some immensely powerful hybrid ghost-thing and then nothing is done with it. Awesome. Go home, Japan, you’re drunk.