Scythe: An Interview with Jim Rothman

Jim Rothman discusses his unique slasher film, and how horror fans can be a part of it. 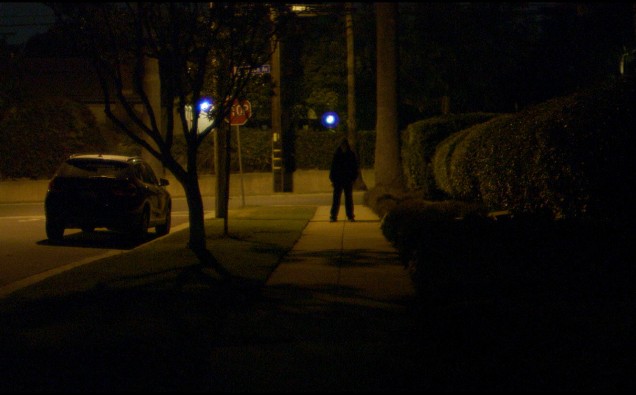 Thank you for taking the time to talk to us here at The Blood-Shed, Jim. I wrote an article about your upcoming film Scythe March 21, and received quite a few emails from excited horror fans.

Can you tell us more about Scythe, and how did you come up with the idea for this film?

– SCYTHE came out of the basis of an idea. And that idea was simple: Why isn’t there a realistic slasher film out there? Over the years we’ve had several that were good, HALLOWEEN being my personal favorite of course, but there have been so many bad slasher films because of all the slasher film cliches that are in them. So many cliches in fact that they have lists that have been created. The TOP 50 HORROR FILM CLICHES. On top of that, where are the characters we care about? Where’s the story? So it got me to thinking: if no one has yet to create a slasher film with characters that we can get behind, that we can root for, that are realistic and that transcend all the cliches that have been born of so many bad films, then I will set out making a quality realistic, human interest slasher film. So that’s what we are doing.

Who will be starring in Scythe?

– For the female lead, it will be Andrea Muller, who is the star of the short film version currently touring the film festival circuit. For the male lead, we are waiting to see how the campaign goes. If we hit our stretch goal of $100,000 then we can hire a name in the indie world. So, we’ll see.

As a huge fan of the slasher genre, I have seen many films with the clichés you are going to avoid in yours. What type of characters are you going to create to accomplish this?

– Characters with arcs, characters with backgrounds, characters we care about because they know they are not the invulnerable, “the world revolves around me” cliche teenagers that we typically see, but they are characters who are trying to be something, people we can identify with as an audience, who are trying to achieve, not only their own survival, but to figure out who they are and what they are truly made of during this experience. Fully fleshed out real characters. And to realize that in their own personal horror film, in order to survive, you can’t expect to be rescued: you have to be your own hero.

What will differentiate Scythe from other slasher films made in the past?

– Suspense. The focus on suspense, fear, intensity, not gore. Gore gives you a different feeling, like you are kinda separated from the action, maybe even turned off by it, but suspense makes you focus and pay attention. Thinking you know what will happen in a standard slasher film and then being thrown a curve ball.  When you don’t know what is going to happen next, and in a film you are not supposed to know, that’s when you have to make an investment in the film. And that’s what I will achieve.

One of the biggest influences of your film is Halloween, what are some of your other favorite slasher films and directors?

The classics in different ways. Texas Chainsaw Massacre, Friday the 13th. Hitchcock for example. PSYCHO could be considered the original slasher film if it isn’t already. But what was best about it was not about what you saw, it’s what you didn’t see. Hitchcock was great about letting the viewers fill their own minds with the idea of horror. Something else we will achieve. With everything we won’t show you.

What will be your shooting schedule and plans in getting this film made once the funds are reached in your campaign?

We are looking at a September/October time frame. We will need access to a pool for a scene, for example, for reasons I will keep secret for now and by then pools should be drained.

Good luck with everything Jim. Based on the horror short, there is no doubt you will do a great job on this film!

– Thank you Matthew! I’m looking forward to making SCYTHE as great as the short!

Jim Rothman needs help from horror fans to bring this vision to life. You can check out the Kickstarter campaign by clicking here.