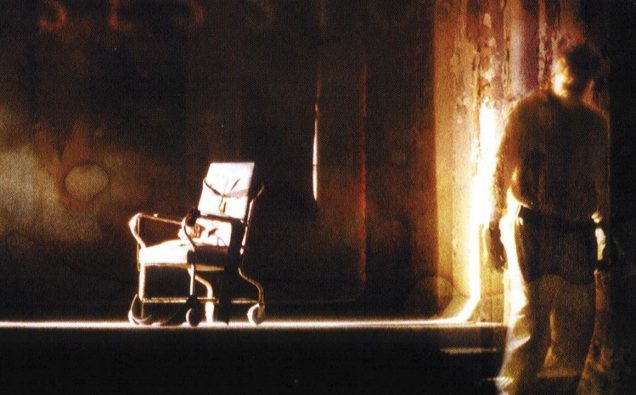 One of my favorite horror films of all time, most definitely is Session 9. A film that flew under the radar for quite some time, Session 9 is a film unlike any other. Made on a tight budget with quite a well-known cast, the movie is one that’ll definitely leave you with goosebumps. Blood and gore weren’t needed to make the film as effective as it is, and is practically guaranteed to creep you the hell out.

Since it’s 2004 release, Session 9 has sadly only received a DVD release but fans of the film were able to view it on Netflix for an ample length of time. However, now thanks to Screamfactory, the film will be released on Bluray on August 16th, 2016!

Preorders are already being accepted here, and given the popularity of this horror film, I do recommend reserving one today.

The synopsis of the film is as follows:

“An asbestos abatement crew wins the bid for an abandoned insane asylum. What should be a straightforward, if rather rushed, job, is complicated by the personal histories of the crew. In particular, Hank is dating Phil’s old girlfriend, and Gordon’s new baby seems to be unnerving him more than should be expected. Things get more complicated as would-be lawyer Mike plays the tapes from a former patient with multiple personalities, including the mysterious Simon who does not appear until Session 9, and as Hank disappears after finding some old coins.”