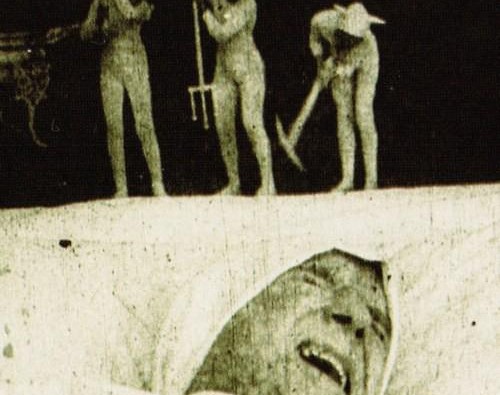 Everyone has a dark side.

Add to that: Everyone has a nagging little voice in the back of their head telling them terrible things that they don’t want to hear.

This is common for the standard ‘normal’ everyday kind of person, to those burdened by paranoid delusions.

We are all slaves to that voice from time to time.

I have come to call that voice: The Personal Heckler. 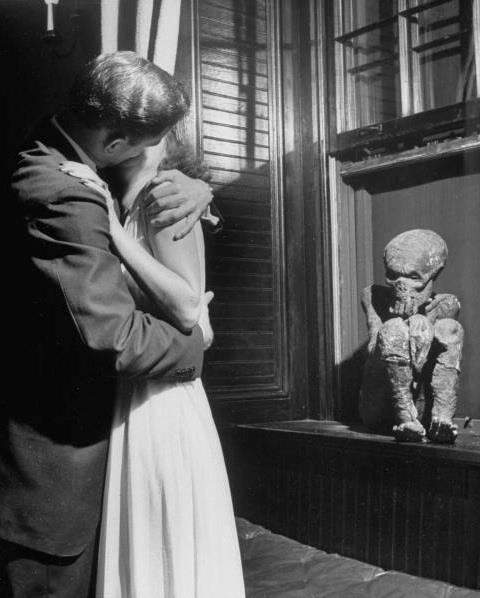 In theologies they (The Personal Hecklers) are portrayed as devils dancing on your shoulder, whispering the horrible things into your ear. Temping, threatening, agitating.. antagonizing a situation to bubble to the surface. Causing violence, paranoia, destructive tendencies, second guessing, and a whole hell of a lot of self sabotage. If you should hear that voice intrude upon your solace (and you will) remember that what it tells you, no matter how scaring will not come to pass unless you fulfill it’s prophecies with your own actions. Very often anticipation of a problem, causes a whole other problem to arise.

We must further remind ourselves, that those ‘little devils’ are nothing more than parts of our own psyche bullying us. Filling us with self doubt. Is it because there’s a part of ourselves, that wants us to fail? Or is it a training mechanism imbued into us instinctively, to better assure our survival in horrible high stress situations? I personally believe this is the case.

However many would argue that it’s something else entirely. And since it is almost Setsubun: Why don’t we focus on a particular genre of creature that has served as a scapegoat for all that is wrong in the world, down to our own shortcomings. This type of creature is referenced throughout lore yet portrayed in various names, the 3 most prominent ones in art being: Daeva/Devils/Oni. 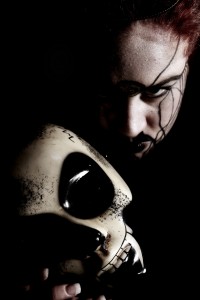 For the very superstitious there are diverse rituals practiced throughout various cultures to rid oneself of this ‘strife’.

Oni: In Japan there is the celebration Setsubun, a tradition that takes place annually on February 3rd. Essentially it is a ritual to drive out the Oni, so those celebrating can bring fortune and repel the Oni so they are not disrupting their lives and homes. This is done via the throwing of Soybeans whilst shouting: “Oni wa soto! Fuku wa uchi!” Oni go out! Blessings come in!”.  Although more recently, Oni have also achieved a status likened to the gargoyle. So now there is some reverence toward them; as they are also considered protectors. (If you meet the right Oni that is)

Devils: Almost everyone on the western hemisphere is familiar with this term if they grew up in any sort of Abrahamic driven theological atmosphere or watched a horror film about supernatural entities. Be it from possession, haunted houses, to serial killers…. The Devil seems to always have a hand in it. So much that there are actually people in today’s society who commit the most atrocious crimes and mumble vacantly into a jury of their peers: “The Devil Made Me Do It.” The ‘devils’ have been blamed for countless catastrophes; Forces of nature, illnesses, deaths, and even infidelities. Mass hysteria is even on that list. A fine example being the Salem Witch Trials. For the duration between February 1692 – May 1693 widespread panic, and mass hysteria overtook an entire society. To where they gave into those pestering voices in their heads, consumed with fervor and unity swept up into an emotional cause they burned and tortured many people, from children to elderly. If a neighbor had a grudge against you, or wanted a piece of your land (should you be so fortunate as to own land) there was a good chance that your head would be coiled with rope, and your feet casting a floating shadow by the end of that day. A sort of celebration of it’s own, in casting out the devils. Ironically many of the people punished for witchcraft hadn’t the slightest inkling of what witchcraft even was. And those who did, were usually the midwives and were practicing little more than herbalism and positive energy meditation. (Something everyone goes to their yoga instructor for these days.)

Daeva: The personification of every evil imaginable. Persian in custom, but known as a variation of names to the array of locations they are known. One of which in particular is of course what is known today as Iran. These creatures were once considered ‘gods’ of the diverse nations. So how did a creature like this become something negative when it was once so celebrated? That’s still a mystery. Perhaps something was lost in translation? It could also be the result of war. We know that when a new culture takes over, they bring their philosophy of a god or gods whilst a bastardization of the previous culture’s gods are personified as evil. Of course… the conquerors god, becomes the new elite deity.  (This is the cycle of theology) What we know today is that Daeva are considered: “wrong gods” in present day translation. They encourage people to do the wrong thing, whisper, provoke, sooth, seduce, suck and fuck their victims until they are nothing. They do, whatever they want as they are truly the most evil personification within present day lore. Which probably explains as why this species of demon is so much fun to write about.

While the subject of ‘demons’ is entertaining… It’s always important for us to take responsibility for our own actions as well as our thoughts. When that voice nags at you telling you that you’re not good enough, are undeserving, or anything along those lines don’t listen to it. Try to remember that in one way or another Everyone is weird.

In advance I wish you all a Happy upcoming Setsubun!