Bring on the blood! 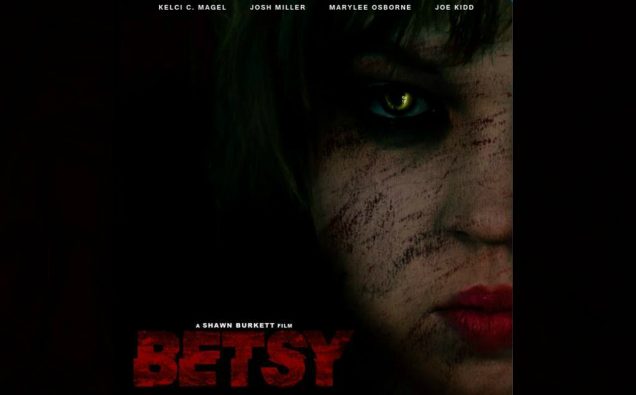 Shawn Burkett is one of the busiest indie filmmakers out there with over a dozen director credits under his belt. His latest release, the highly anticipated Don’t Fuck in the Woods, gained massive popularity. Telling the story of a group of friends who go camping, only to fall victim to a creature attracted to pheromones, the film trended as high as the top 50 trending films on all of IMDB. At its peak, it was even beating Spider-Man: Homecoming for IMDB searches. Riding this popularity, the team has secured worldwide distribution for the originally self-released film through successful distro company Gravitas Ventures for an early 2018 release. Keep your eyes peeled for a more specific date!

But with all of this going on, Shawn has still been keeping himself busy with his next project, the werewolf film titled Betsy. Betsy’s plot is as follows:

After surviving a vicious assault in the city, Betsy moves to the country in hopes of starting over, but as she begins to recover, something begins clawing its way into the moonlight.

The film is now in post production and Shawn has just dropped the first trailer. Check it out!

There really aren’t a lot of decent indie werewolf films out there, but this one is looking really good! Stay tuned for more news as it breaks!

The indiegogo campaign is in indemand status, so anyone can still contribute if you want some awesome perks before the film launches in a few months!