A mini-tour of metal brutality! 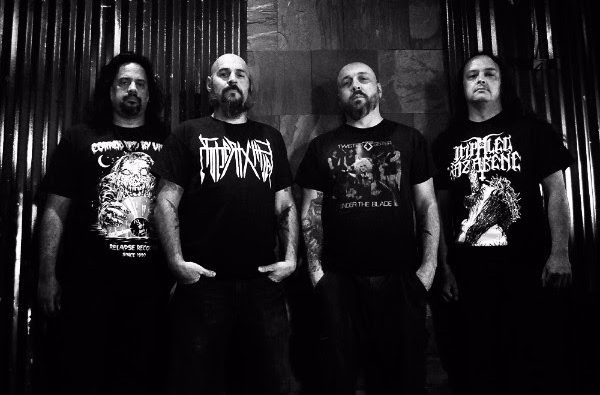 Shed the Skin are an American death metal band featuring members from an array of different projects. Members hail from other projects such as Incantation and Ringworm. Other members were former members of Blood of Christ (US), Charred Walls of the Damned, and Acheron. The band have announced the “Spread the Bloodshed” mini-tour. Read on for more details! And click here to check out there label’s bandcamp page!

Shed the Skin are joined on this tour by Faithxtractor. Two of the dates will also feature Blood of Christ (Canada), who are returning after a 14 year hiatus! The tour opens in Montreal Quebec on May 11th. The tour concludes on May 14th in Chicago, Illinois. For your convenience I’ve added the release “Harrowing Faith” below. Check it out for some death metal to get the blood pumping! And be sure to hit up the pit at one of the 3 dates on this mini-tour to have your face melted! Let this release hold you over until the next time you’re watching the blastbeats and buzzsaw riffs live!

*Dates to include BLOOD OF CHRIST (Canada)

Here is the poster for the tour. Presented by our good friends Black Element Productions! 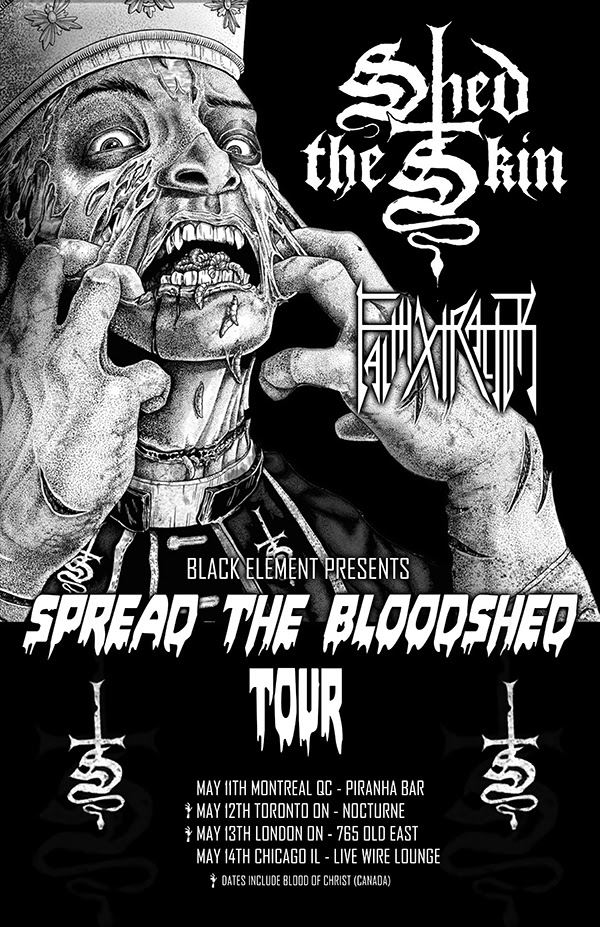 Be sure to keep checking out the Blood Shed for more updates on heavy metal, horror films, games, TV shows, and so much more! This is Jon of the Shred signing out. Keep it metal, keep it horror!