This was pretty awesome. 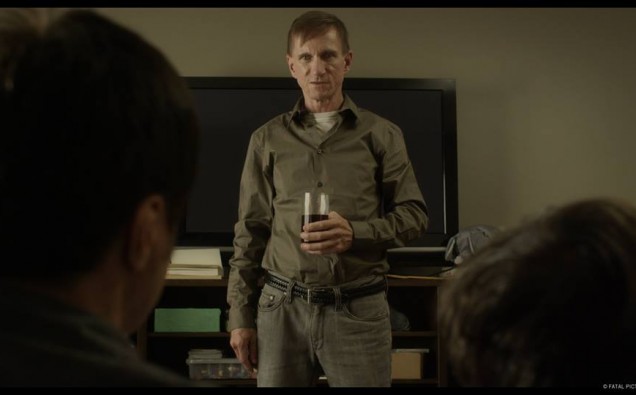 Filmmakers who send their screener links to the folks here at TheBlood-shed are always appreciated (even if their film is a flaming pile of crap). Today, I was lucky enough to have the chance to check out Heir, a fourteen-minute short film that is scheduled to screen as part of the After Dark Film Fest in Ontario, Canada later this month. The film is known as Heir. Here are my thoughts…

I watched this film without having a single clue as to what it was about, and I ended up pretty pleasantly surprised. I don’t wanna give away too much since this is just a short, but basically, the film begins with a father and his son in the car. They head to a nearby eatery and meet up with a crazy man. From there, things get pretty wild, and then everything wraps up in a really spectacular fashion. 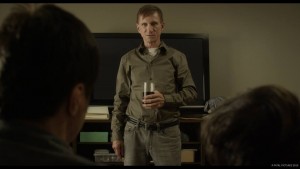 Genre veteran Bill Oberst stars in this film as the really crazy character who the father and son meet up with and he does an amazing job; you can tell he truly embraced this role. As a horror fan, a horror filmmaker, and as a writer of this site…it’s a bit embarrassing for me to admit I haven’t seen much of Bill Oberst Jr.’s work, especially considering he does a lotttt of horror films. After seeing this, however, I’ll say I definitely need to check out more of his stuff, because he’s the freakin’ man.

I’ll be honest – I’ve never heard of director Richard Powell before, but I’ll probably have to be on the lookout for more stuff from him in the future. Also, the cinematography from Michael Jari Davidson (who did Berkshire County) is fantastic. The special effects are super rad as well. This was a super well-made short film, thanks to its awesome crew. I think a feature-length adaptation of this would be pretty awesome. …Would anyone be opposed to that?

This film is screening at the After Dark Film Festival.

All in all, this is a pretty fantastic short film that will hopefully be seen by many horror fans at festivals in the near future. This is something that is very well-made, and more importantly, it’s extremely unique – that’s not something I say about a film too often. Hopefully the people involved with this film will receive some well-deserved exposure once it gets out there for people to see. Definitely be on the lookout for this one.