Because Why Not Kick The Silent Hill Franchise While It's Down? 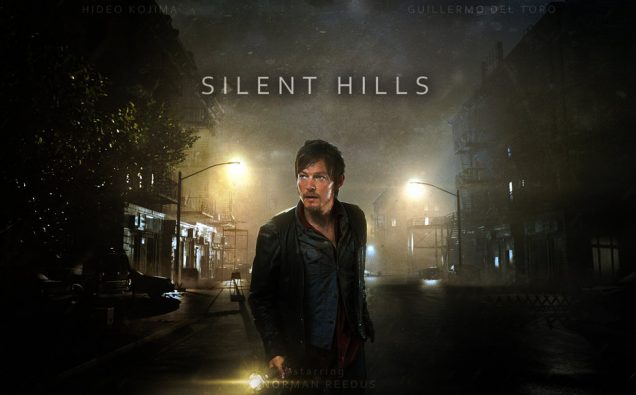 Hey guys, remember that badass little horror game P.T. You know, the one starring Norman Reedus and being directed by Guillermo Mother Fucking Del Toro? It lit a fire under the collective asses of both horror and video game fans, and as a member of both groups my buns burned that much hotter. When word got around it was in fact a teaser for an upcoming reboot of one of my favorite franchises, the aptly titled Silent Hills, well I just about shit a flaming brick.

While an in depth look at the Silent Hill franchise is an article for another day, suffice to sat it’s a series that’s been on its last legs for awhile now. The last couple games have been absolute shit, and its been going on a decade and a half since the franchise really peaked with Silent Hill 2 and 3. Basically, a new game with some real talent behind it was desperately needed. So yeah, a new Silent Hill game with Norman Reedus and Guillermo Mother Fucking Del Toro would’ve been a good shot in the arm.

And then, in the midst of controversy involving Konami and other bullshit I can’t be bothered to really look into, it was cancelled. Well, fuck. Looks like Silent Hill isn’t getting a good game anytime soon. But then out of the blue, comes a Kickstarter campaign for a game called Allisson Road, stated to be a “spiritual successor” to P.T. Then that got cancelled. Fuck. But finally, a few people managed to get their crap together and forge a publishing deal to get real funding behind Allisson Road and get this project moving, with a release later this year. So yeah, I was excited as hell, to finally get some bloody closure and maybe play a decent fucking Silent Hill game. 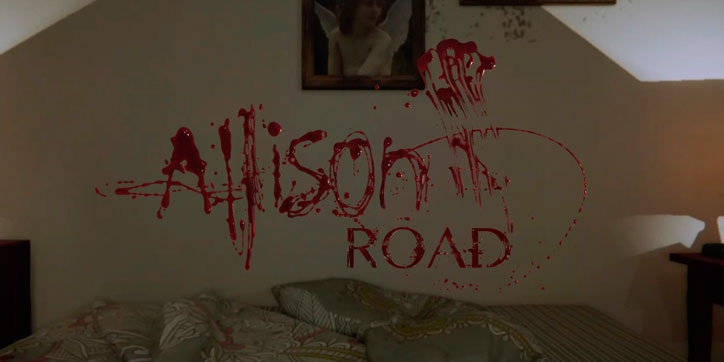 Except lol jk, because the studio behind the game just tweeted this shit out earlier today. 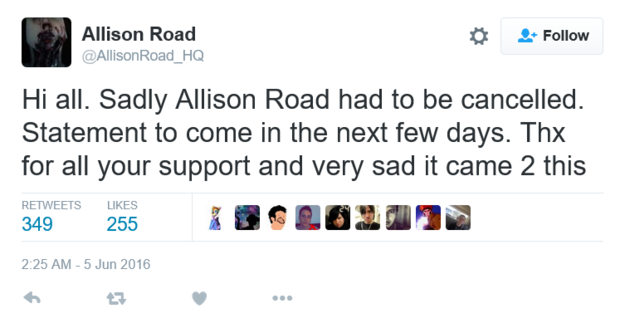 Yeah guys, I think that I’ve just about given up one getting a decent Silent Hill game at this point. Hell, maybe I should just go play Downpour again. But probably not.