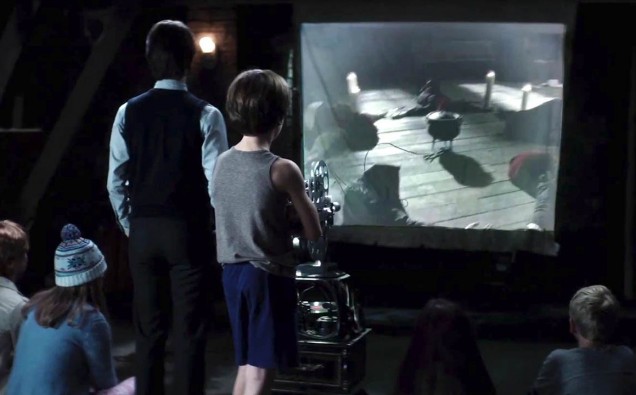 Sinister 2 has, at least momentarily, messed me up. Bad. There are 2 scenes that I know for a fact, i’m not getting out of my head anytime soon. And thats saying something, considering some of the crazy shit running around up there.

Indeed, I am probably one of the most jaded, de-senitized individuals you’d ever care to meet. I chowed on chocolate pudding during The Human Centipede, ate Chinese takeout while watching Dumplings,had an acupuncture session after viewing Audition; point is, it’s not easy to get in my head, and Sinister 2 managed it. And for that I can applaud it.

What I can’t applaud is the awful acting, cringe-worthy dialogue, and complete mockery of Bagul. The scary-ass demon from the first film is turned into a haunted house attraction here, popping out of everything from Polaroids to a goddamn ham radio. And the kids. Don’t get me started on the kids.

Children are famously horrible at everything, making movies no exception, but I swear, the Gerber baby could act circles around these rug rats. As opposed to the original Sinister, where the narrative focused on the adults, the sequel spends an extensive amount of time with the kids. It’s a frankly horrible idea, as it takes away the things that made the original so intriguing. Instead of suspense or mystery, we get a bunch of pale white zombie children milling about and being generally boring little shits.

So yeah, I might be roasting this film pretty hard but you know what? I say go see it anyway. Because the scenes that will f**k you up WILL f**k you up. Paranormal Activity this is not. The violence is brutally realistic, the nastiest scenes being the snuff films shot by the zombie kids on an old 8mm camera. And damn son, are some of these hard as hell to watch. The gore itself, while extensive, doesn’t bother me. It’s the looks in the families eyes as their about to die, at the hands of their kid, or their sibling. That crap stares into my soul.

Show me a half dozen teens impaled with a machete, eaten by cannibals, reverse-bear trapped, whatever; doesn’t phase me a bit. But watching a mother stare up at her murderous child as she freezes to death; that’s cold as ice. It’s a real shame there’s not a better film around these segments, because they’re really something to dig deep into your mind.

I’m very torn about what rating to give Sinister 2 because while there are moments of real greatness, their just chocalate chips in a brownie made of shit. Alas, in the end, the good does not outweigh the bad, but I still think this is a film worth seeing. Know that’s it’s imperfect going in, and its possible to have a good enough time. As for me, i’m going to go take a long shower and a nap. God knows I need it.