"Think Twice Before You Swipe" 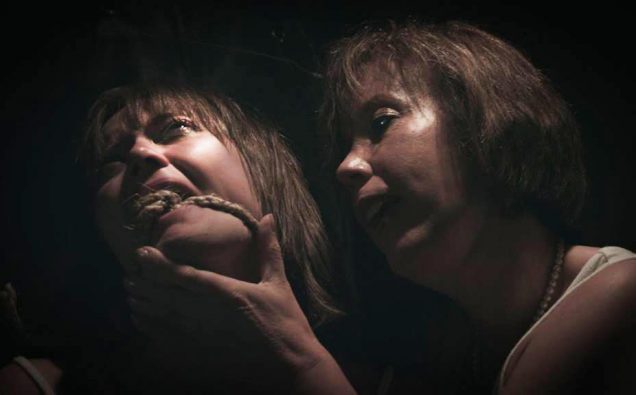 I have known quite a few people that have met, married and lived completely happily ever after meeting on dating sites. I have also known folks who have tried them for years, only to get stood up for the blind dates, or sent unsolicited nude body part photos. But honestly I have never known anyone to have serial killer problems occur during their on-line dating experience. We all use social media in one way or another and Slasher.com brings to light, another more insidious side to on-line dating. With dating being as easy as a swipe on your phone, one can see how the pool for killers to choose from just became a lot bigger. Is the person who I see in the photo, or are they a 50 year old deviant who lives in their mom’s basement?

In the case of this film, we see quite a difference from a regular Tinder hookup, one that seems to go terribly wrong. But looks are deceiving. Things definitely did not go as planned, but for which side? That I will leave for you to watch. No one in the movie is quite who you think they are.

Now, I have to admit, this is not an Oscar winning movie. But I think it falls squarely in the upper B range of slasher type movies. It has some great parts and some things that bothered me. So I can say it’s a fun date night (an on-line date even better) movie. I found it to be entertaining, funny (I hope it was supposed to be) and I loved the commitment to sexual creepiness, we got from some of the actors. 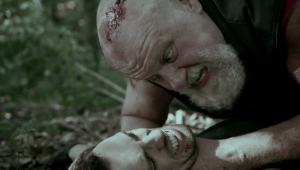 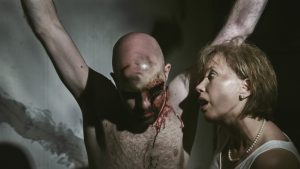 I have to be honest- our protagonists were not my favorite part. Newcomer Morgan Carter did a pretty good job, but I felt Ben Kaplan, despite the fact that he looked good in underwear and got better as the movie went along, was the weak link acting-wise. What brought the movie to life were the characters of Mama and Jesse- who owned the cabins where our hapless young couple go on their first date. Jewel Shepard (Return of the Living Dead) was amazing as Mama, and really creeped me out. She brought a horrible erotic side to the film. She was really disturbing! My favorite though, was horror icon R.A. Mihailoff, remembered for the lead role in Leatherface: Texas Chainsaw Massacre III (1990) and for Hatchet II. His character Jesse, never stopped coming back, no matter what injury he got. He was fun to watch and I loved him! 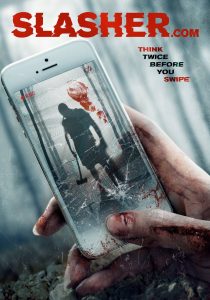 I enjoyed Slasher.com. Chip Gubera and Chelsea Andes bring us an interesting story, that you need to watch to the end to appreciate. It seems like it might have morphed a bit during the actual shooting, because a few parts don’t completely fit together. As a SFX artist myself, I was not overly impressed with the make-up, but that could be a money thing and it was low-budget. It did have all the things that you need to make it an official slasher film. It had blood, graffic violence, gore and nudity. You always know something bad is going to happen if you have sex in a cabin out in a remote location. But I did love the way it ended, a different sort of horror twist. Happily, in a weird creepy sort of way.

Slasher.com is available in lots of stores like: Walmart, Barnes and Noble, Best Buy, Target and Amazon. Look for it on VOD soon!