Sometimes Dead is Better: A Look Back at Pet Sematary

The Ground Might Have Gone Sour, But Has This Stephen King Classic Stayed Fresh? 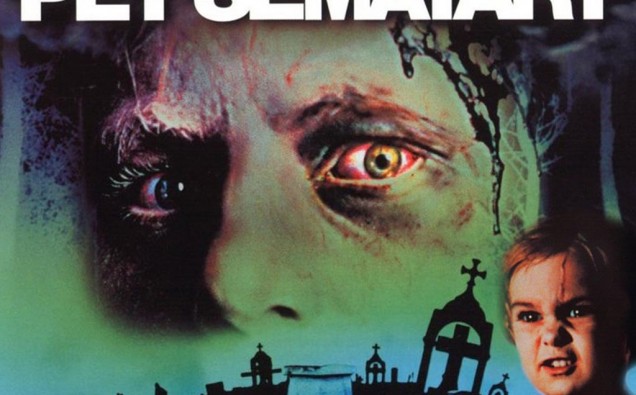 “With the recent news that a Pet Sematary documentary is in the works, I figured there would never be a better time to look back on one of my favorite Stephen King films. With zombies, creepy children, cryptic old men, and a whole host of other horror staples, it remains one of the best adaptations of the master of horrors works.”

“Sometimes dead is better.” These four short works rank among the most iconic in horror, and set the tone for one of cinemas creepiest films. Pet Sematary isn’t a masterpiece, or even a particularly great film, in the vein of better King adaptions like Carrie or The Shining. But no film before or since has truly captured the spirit of Stephen King so well. Filmed in Maine less than 20 minutes from King’s house, and written by the author himself, Sematary is vintage horror, with a premise that could have been pulled from one of the E.C. Comics of old, and idea’s that have a way of worming into your head and not getting out. By the end, this little movie makes for one of horrors truly purest films.

Louis Creed is a pretty successful guy; a doctor, a good, and father of two beautiful children. After a move to rural Maine, where Louis befriends his elderly neighbor Jud Crandall and recieves a new, high paying job at a University, everything seems to be looking up for the Creed family. But the combination of a deadly highway, an ancient indian burial ground, and a series of increasingly poor desicions begin to turns Louis’s life into a living hell.

Pet Sematary wasn’t a bad book, but it makes for a much better movie than it did a novel. Some of the stories creepiest moments are even more unsettling to watch than they are to read. A fairly unmemorable scene in the book featuring Zelda, Louis’s sister-in-law who died as a child from spinal meningitis, is made horrifying in the film. Just look at this chick. 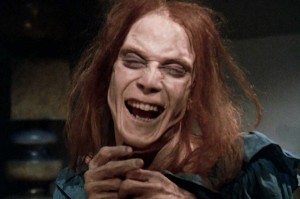 Asides from looking like the Wicked Witch of the West’s red headed sister, Zelda is just f**cking horrifying, managing to be one of the creepiest features of a film that features knife wielding demon baby. And if you think there really is just something off about ol’ Zelda and can’t quite put your finger on it, your right. She’s actually played by a dude in a wig, who was suffering from a bad head cold, giving Zelda her iconic voice.

It’s little touches like this that add up to make Pet Sematary a classic film. The casting of Herman Munster as the elderly neighbor Judd, Stephen King’s cameo as a preacher (choice bit of irony there), the films beautiful yet hauntingly perverse ending; these are the things that make for an awesome movie.

As with all things though, Pet Sematary isn’t free from flaws. When I said earlier that this was a premise pulled straight from an Ec Comic I wasn’t kidding. And honestly, I think that Semetary could have best been served as a 2 parter on Tales From the Crypt. In its present form though, it runs a little long. The actual horror part of our horror movie doesn’t really kick in until the last 20 minutes, and until then it’s a slow burn. Theres alot of scenes of Louis and Jud chatting and drinking beer, with nothing else going on.

But when the films turns it up, it is the equal of any of it more well regarded contemporaries. Zombie/demon gage is right up there with Damien as one of the scariest kids in film, and that climax! Predictable as it may be, it packs a hell of a punch, and puts a stop too any hope of our characters receiving a happy ending.

Jeff is a writer for The Blood-Shed, and eats, drinks and bleeds horror. You can help surpport his first book release here.