Is there a monster living in Eli’s basement? 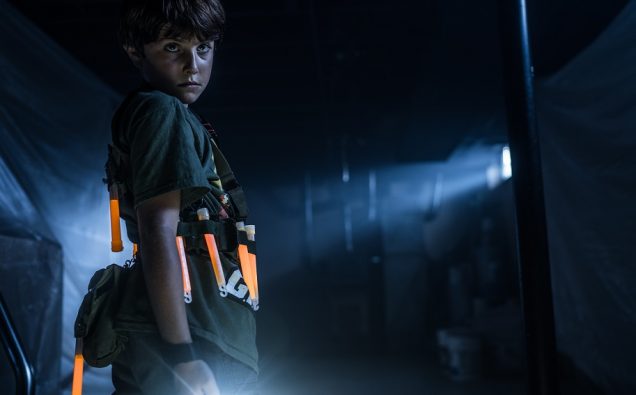 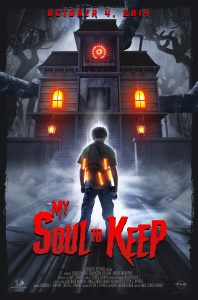 My Soul To Keep is a film with heart and soul (pun intended) and a lot of scares. This cinematically beautiful thriller, from director Ajmal Zaheer Ahmad and co-writer Justin Hynous, is the kind of movie parents will want to share with their kids. No blood and guts in this film, but that does not diminish the horror in any way.

My Soul To Keep is an incredibly powerful story that made me cry, and is a film I feel, is destined to become a horror classic. Told from our young protagonist’s eyes, you will root for him throughout the film. His bravery is inspiring.

As a parent myself, MSTK (as they list is sometimes) hit home hard. We want to keep our kids safe, and it is devastating if that’s not accomplished. I never told my daughter frightening stories to scare her into behaving, but as a kid, I loved telling those stories to my friends; who could never sleep after one of my creepy tales at a slumber party. 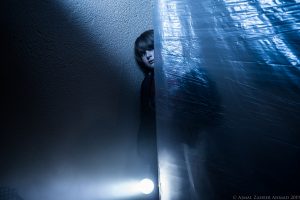 So, how is a parent to know whether what’s terrifying their kid is real, or is it simply just a childhood nightmare? That fine line is what this film is all about, and the story they tell is hypnotizing.

I felt deep fear for Eli from an adult point of view, and then, that same feeling of dread when I thought about me going through this as a child. I was always the weird morbid child who had nightmares and told creepy stories. I was the latch key kid who was always left alone. I could have been in danger anytime and my parents wouldn’t have realized it until it was too late.

Synopsis: Like many 9-year-old boys, Eli Braverman believes something menacing lives in his basement. When his older sister leaves him home alone one night, Eli discovers if this evil is real or all in his head. What Eli confronts may end up being far more terrifying than even his worst nightmare.

This is a film that it’s imperative you go into watching without knowing what happens. It has so much more impact that way, much like M. Night Shyamalan’s The Sixth Sense. The OMG moment will catch you so off guard! There will be no spoilers in this review! 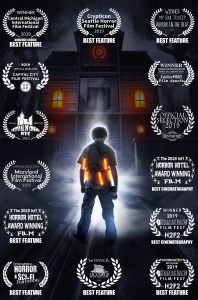 So, what can I tell you?  Eli (Parker Smerek) is an impressionable boy who believes the story of The Burgly Monster, that his sister Emily (Emmanuelle Turco) told him. A terrific artist, he draws some creepy pictures of the monster and takes them to show and tell at school, which does not go well.

When his parents are called into the school, they are both dismayed and yet proud of their sweet, talented son. They don’t believe in the monster since the story came from Dad originally and before that his brothers, who told him the story to scare him. So, in their mind, it’s just a story that their impressionable son overthinks and has nightmares about. 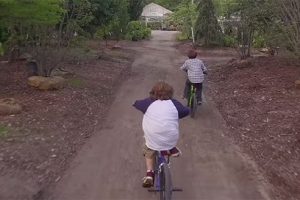 Eli, along with his best friend Sam, (Remington Gielniak) decide to do some research on the Burgly Monster, because Hillary, (Arielle Olkhovsky) a little girl at their school, brings them newspaper clippings of a story about a real bad guy dubbed The Burgly Monster; a serial killer who murdered kids years ago in their own town. Could this human monster be back? Eli and Sam are determined to find out.

When Eli’s parents decide to go out for a date-night, they leave his sister Emily and her boyfriend to babysit. Did I mention his sister is a raving batch? Well, she is and they abandon Eli at home, without a phone, to fight his demons alone. 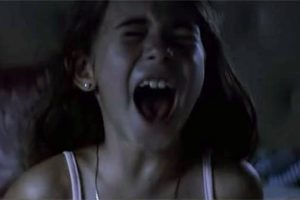 Terrified, but as brave as a nine-year-old can be, Eli, in a style very reminiscent of Home Alone, preps to fight his battle alone.

Watching the story unfold through Eli’s eyes was incredible, Parker Smerek is such an amazing young actor! I had a hard time believing that the kids in the film were doing it for the first time! They were perfect! The chemistry between everyone involved was so realistic. Kudos to all involved! I was very invested in each character and was hanging on the edge of my seat the entire time! 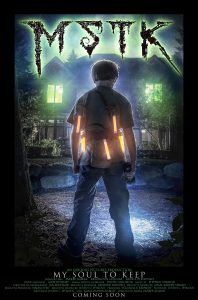 MSTK pays homage to the likes of Home Alone, The Babadook and Stranger Things all mashed together. You are in for a family-friendly fright with My Soul To Keep! Part supernatural, part horror, this expertly unsettling and tragic film will take your inner child on a nightmarish adventure! Warning for parents though. Family-friendly doesn’t mean non-scary or sad, though. Please watch first before sharing with a child.

Boasting a flawless cast, great cinematography and a well-written story, My Soul To Keep won tons of well-deserved awards on its journey through the film festival circuit.

Rest assured, you will love this film and be deeply affected by it. Check out the trailer below!

MSTK will be released on October 4th in select theaters and on all major VOD platforms.

For more info- you can find them on Facebook too! The perfect place to get all the updates!