Podcaster gets to the bottom of “Jungle Gate” 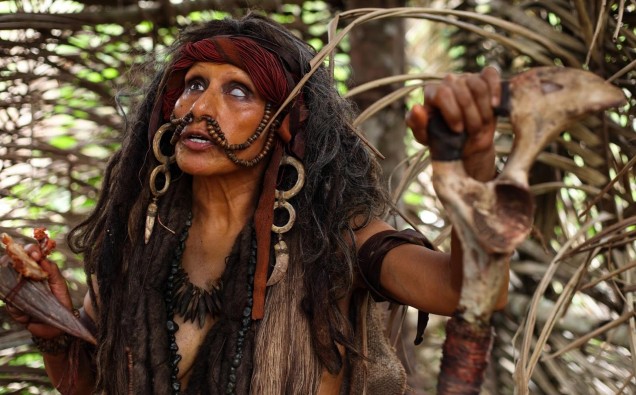 Back on July 16th, The Blood-Shed was one of the first to report on a Change.Org petition that sought to extinguish the Eli Roth helmed cannibal/survival horror, The Green Inferno, on the grounds that it’s “dehumanizing” to indigenous South American tribes. Launched by the account Boycott Green Inferno and including a quote attributed to Amazon Watch (a respected organization long at the forefront of Rain Forest conservationism and Indigenous Peoples’ rights) the petition lambasted Roth for creating a potentially damaging representation of Peruvian Indians based on long-standing stereotypes. It reads, in part: 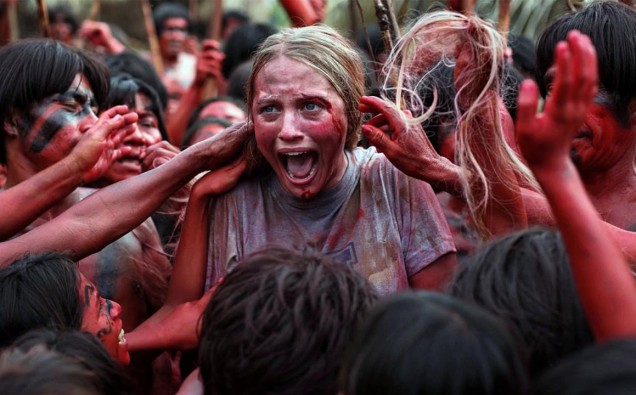 News of this petition elicited two primary reactions. 1st: Disdain for so-called “Social Justice Warriors”, and; 2nd: Speculation that it was actually a marketing ploy initiated by the promotional team charged with drumming up interest during the final sprint towards The Green Inferno’s theatrical release date. If the second assumption was true, and someone at Camp Roth was misusing Amazon Watch’s good name and reputation well, that’s not fucking cool.

Horror journalist and podcaster Stuart Andrews who operates on Cinephobia took it upon himself to get to the bottom of the online petition by confirming its authenticity—a process that took more than just a couple days. His ultimate discovery (the petition’s source) is discussed in length (or ad nauseam) in a two-part podcast that aired on Cinephobia Radio August 6th called “Jungle Gate”. If a combined total of 3 hours of often bombastic pontifications sounds exciting to you, by all means, indulge in Jungle Gate yourself HERE. If, however, you’d like to cut to the chase, keep reading. 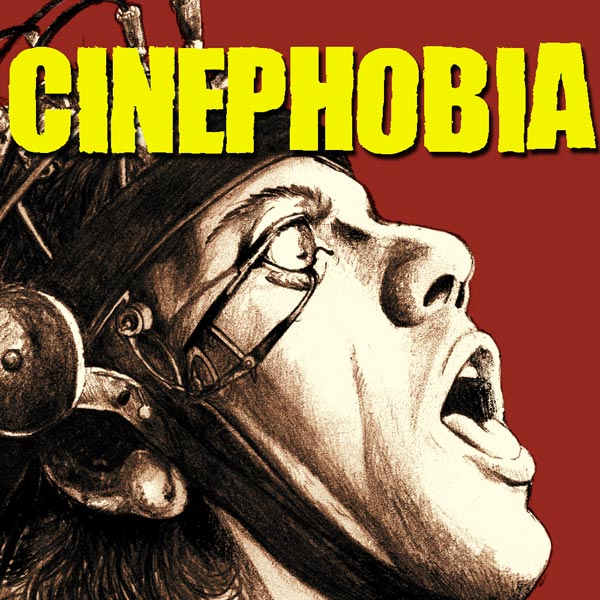 If you’re hoping for a saga of lies and deception with a smoking-gun or aha!-moment, you won’t get it. The Jungle Gate podcast attempts to convince you that this is a scandal worthy of your attention; while I agree it’s a somewhat interesting story, I hardly think it’s worthy of a 3-hour discussion, nor is this something you’ll feel compelled to rush out and tell your friends. At issue: Who initiated the Boycott Green Inferno petition on Change.org, was it a marketing ploy, and did the author of the petition fabricated the quote attributed to Amazon Watch?

Quick answers: Some guy, no, and no. Let me break it down for you.

The Boycott Green Inferno petition started life as an Instagram post that included a poster for Eli Roth’s upcoming film and ran under the title “Asshole of the Week”. Instagram user amerindian_1491 is known for posting issues of concerning to Indigenous peoples and has a decent number of followers. At issue: The assumed damaging, stereotypical portrayal of lost tribes in Peru. After receiving a few comments of support, who should enter the fray but Eli Roth himself, coming to his own defense. Roth claimed that the vitriol was unnecessary as Amazon Watch had seen the film and, according to him, “loved it!”. Well who should show up next for the fight but Amazon Watch; they slammed Roth for the statement, assuring him, among other things, that The Green Inferno was not endorsed by their organization. And far from loving it, Amazon Watch went to great length to express their displeasure with everything they knew about the film so far. 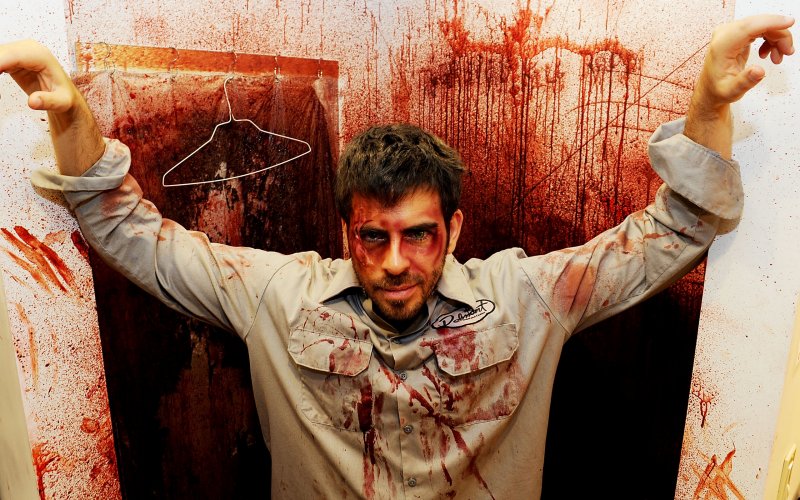 Asshole of the Week?

The Boycott Green Inferno petition was initiated, unsolicited, by a supporter of amerindian_1491, using text from the comments section for Asshole of the Week, specifically those made by Amazon Watch, as the accompanying text. You can put the pieces of the puzzle together for yourself: HERE. It was not created by anyone affiliated with Amazon Watch, who has attempted to contact the poster, requesting the petition removal—to no avail. In fact the creator of Boycott Green Inferno has not responded to anyone’s attempts at contact.

Amazon Watch, in a statement released through Andrews and read during the Jungle Gate podcast, seek to distance themselves from the petition by declaring they never made a “formal” statement regarding their position regarding Roth’s film. Apparently, they wish to withhold their official stance until after they find out how much guilt-money they can squeeze out of Roth. While that may be unfair, I find the organization’s backpedaling unprofessional.

Amazon Watch claims to have never released an official statement regarding The Green Inferno, but when someone manning their Instagram account made comments directed at Roth on the Asshole of the Week post, their words were as formal as anything they’ve released to the public before or since. When writing under the Amazon Watch moniker, everything stated is a formal declaration. In the age of the eternal internet fingerprint where off-handed comments can destroy careers and families, there are no “take-backs”. The organization might wish it had made a formal declaration before someone mouthed-off on Instagram, but once the statement was out there, it takes on a life of its own. This should be a lesson to all of us who use the internet as a platform. It’s something I think about every time I press the “Publish” button on one of my articles. And I’ve learned some of my own lessons the hard way. 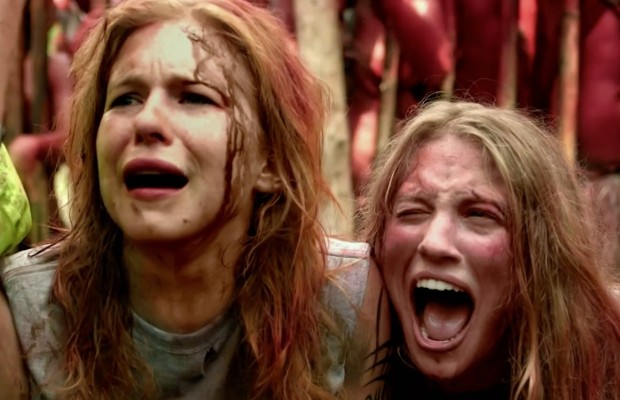 To recap: The Boycott Green Inferno petition was created by a supporter of amerindian_1491, using comments made by Amazon Watch. Andrews (and his guest David Pace) must have been disappointed when it turned out there was no grand conspiracy at its core. They clearly don’t think very highly of Roth, as the three hour passive-aggressive podcast makes ridiculously apparent. When it turns out there’s no one to point a finger at, Andrews abruptly changes targets and skewers all horror journalists who reported on the petitions (myself included) for not taking the time necessary to verify its validity.

It’s a shame he went so suddenly agro, because instead of discussing his insights or praising his detective skills, it forces his peers into a defensive posture. I don’t appreciate being accused of shoddy reporting for a few reasons. First of all, our original article from July 16 attributed the Change.org petition to the account that initiated it, not to the organization mentioned in the accompanying text. That wasn’t by accident; Amazon Watch was never even named (directly or indirectly) by The Blood-Shed. Andrews belittles writers who took the petition at face value, even though his own search for a conspiracy theory (which played out like a witch hunt) proved there was absolutely nothing deceptive about it. Sure, the petition’s initiator didn’t exactly go about things the right way, but this was no false flag operation.

It wasn’t a marketing ploy, and, while it didn’t start at Amazon Watch, the quote attributed to that organization, statements made directly at Eli Roth regarding The Green Inferno, are legitimate. If anything, it’s proof that Change.org petitions are becoming less reliable. And it’s a lesson to anyone who speaks on social media under the banner of an organization: Anything you say can and will follow your ass until the end of time. 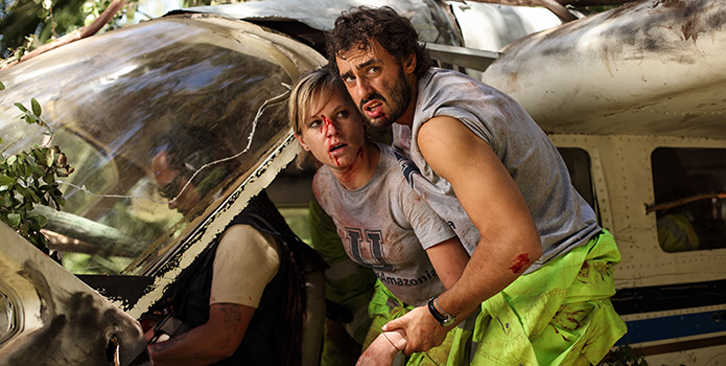 I can’t help but concluding that this has been much ado about nothing, not even worthy of the amount of time I’ve put into this article. Being accused of lazy journalism and pushing disinformation has derailed any deeper discussion of The Green Inferno’s subtext.  And, unfortunately, I’m left with more disdain than respect for Stuart Andrews. As horror journalists, we should build each other up and support one another; this community isn’t as big as you might think, and a shot against one of us is an affront to us all. Any backlash is yours to bare.

And to you, Eli: I love you, but be careful about who you claim “loves” your movie.

Let’s deflate Jungle Gate and get back to issues that, you know, actually matter.

Do you agree that Jungle Gate is a bunch of over-inflated hooey? Are you excited to see The Green Inferno, hitting US theaters on September 25th? Sound off in the Comments section!