A fan film by Michael Paris. 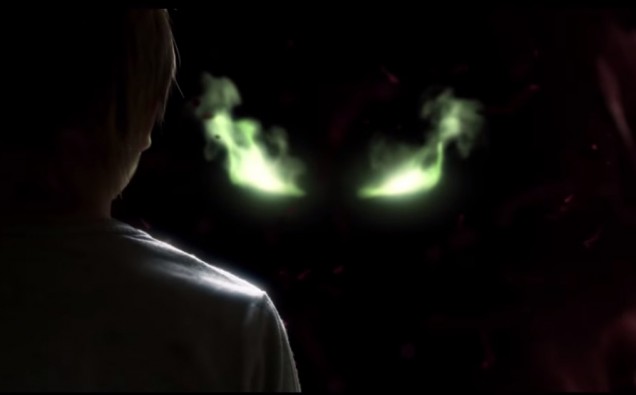 Horror fans rejoiced when Todd McFarlane revealed that he’s nearly completed a script for another live-action SPAWN film—one that will take a decisively darker turn.  Speaking to reporters at Toy Fair New York, McFarlane told supporters not to expect another superhero movie, or even an action movie; rather, fans can expect a film lite on SFX and heavy with supernatural suspense.  “If you take the movie THE DEPARTED meets PARANORMAL ACTIVITY, something like that,” McFarlane said.

“In the background, there’s this thing moving around, this boogeyman. That boogeyman just happens to be something that you and I, intellectually, know is Spawn. Will he look like he did in the first movie? No. Will he have a supervillain he fights? No. He’s going to be the specter, the ghost. I think they all work [in J-Horror films like THE GRUDGE, and THE RING] because there’s only one thing in the movie that’s not normal. There’s not five things, there’s one thing that’s the boogeyman. So that’ll be Spawn. He’s this thing that just whooshes in, this ghost that moves and will f*** you up if you’re in the wrong place in the wrong time, and the rest of the movie will look real, and be this real drama. He’s just this ghost, this thing behind it.”

I always urge readers to temper excitement over announcements like these; remember: Just because a script exists doesn’t guarantee anything.  McFarlane still has to shop the script; and even once the film has been sold to a studio, it can take years to materialize.  While R-Rated superhero/antihero movies are all the rage today (thanks DEADPOOL), there’s no telling how trends will shift between now and then.

Still, as a fan of the original animated series and the 1997 live action SPAWN film from 1997, I have to admit that a stripped down version made with J-Horror sensibilities sounds spectacular; I certainly hope McFarlanes’ latest comes to fruition.

In the meantime, fans can quench their SPAWN nostalgia by checking out the amazing fan film: THE RECALL.  Released in 2014 by filmmaker Michael Paris, THE RECALL is a chilling reimagining of SPAWN mythology set in a Canadian super market.  When a young mother loses her son, she has no idea how far she’ll have to go to bring him home.

While not an especially unique interpretation, the SFX are nonetheless stunning, at times producing the sensation of 3-D.  THE RECAL features Johanna Genet, Tom Maurice, Gregory Paris, and J3.0.

What did you think of THE RECALL?  Are you excited by the prospect of a horror-heavy SPAWN reboot?  Sound off in the Comments section!