The Most Fraudulent Title In Film History: A Look Back At Friday the 13th The Final Chapter

The Life and "Death" of Jason Vorhees 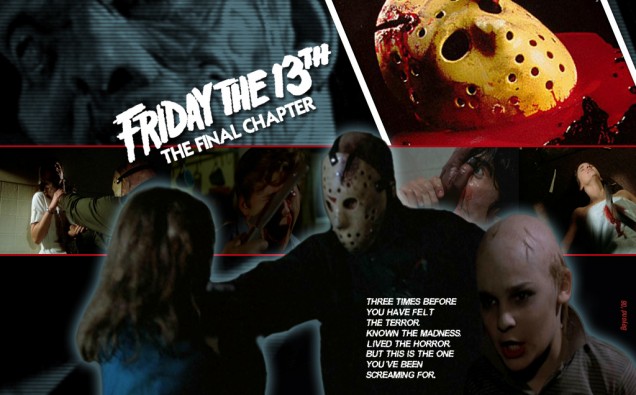 Welcome back guys to our coverage on Friday the 13th. This time we’ll be looking at film #4, “The Final Chapter.”  ( For now let’s  just ignore the fact part 5 came out less than a year later) Anyway, this is the entry where we get the introduction of Tommy Jarvis, an entire film of  hockey mask Jason, and more boobies than you can shake a machete at. So, so much gratuitous nudity. So without further to do, let’s get started. This is 1984’s Friday the 13th: The Final Chapter.

Set a day after Part 3 and two days after Part 2 (making this, uh, Sunday the 15th???) The Final Chapter begins with Jason in a precarious position. After taking an axe to the head, he’s been rolled down to the local mourge. It’s not long however before the sound of a coroner and a nurse making sweet love (next to a corpse???) resurrects old Hockey Mask. Two dead medical professionals later, and Vorhee’s making his way back to Crystal Lake.

Yep, this is where we meet Friday the 13th’s most famous protagonist, Tommy Jarvis. Unfortunately in his first outing, he’s kind of an annoying little shit. Veteran child actor Corey Feldman does a fine job, but I really disagree with making a kid one of the two leads of a film about a mass murderer who kills naked teenagers.

Unless studios have the balls to show Jason murdering some prepubescent ass, Tommy’s roll here is just dull plot device. We know, just by his status as the adorable 9 year old, he’ll survive, making the scenes where Tom’s in danger suspense-less. Sure, you can say the various “final girls” in the franchise have the same problem, but at least some of them are interesting characters. In later film’s he might become a Jason hunting bad ass, but here Tommy’s just a whiny nerd with a bad 80’s haircut, and no realpoint in the story beyond establishing his character for further sequels. Because of fucking course this wasn’t “The Final Chapter.” 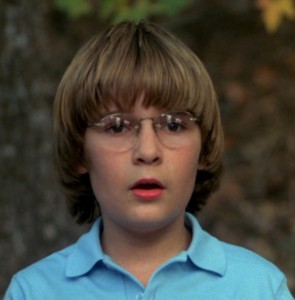 Tommy, looking a lot like that kid in your 5th grade

classroom that picked his nose and ate it.

First off is our machete fodder; The Final Chapter really got together a pretty stellar cast of voluptuous young people to be killed off, including my favorite celebrity cameo in the whole franchise, even more so than Kevin Bacon: Crispin Glover! If the name doesn’t ring a bell maybe a picture will. 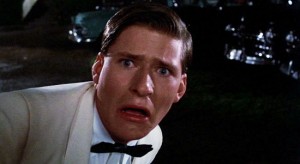 Yep, it’s everyone’s favorite nerd George McFly, from Back to the Future, and we get to watch him have really awkward sex and take a meat cleaver to face! Lorraine would be proud.

The characters are all fairly realistic without being entirely bland. More than anything, they just feel like a normal group of teens looking for a good time. No, their not all fleshed out masterpieces of development, but they do their job as party loving young people as decently as you could hope for in a Friday film.

The gore is top notch as well, with legendary effects artist Tom Savini returning for the first time since the original Friday the 13th. Deaths are a particularly brutal affair, as throats are cuts, axes are thrown, and one poor sucker gets a spear to the groin. In a series built around creative kills, The Final Chapter stands out.

It’s also a much more noticeably dark entry in the Friday franchise. Yeah, a film about a masked retarded man  walking around and murdering people isn’t sunshine and rainbows; go figure. But in all seriousness, some of the later sequel’s, while not going  “Full Freddy” are on the goofier side. Never forget Jason ends up in space at one point.

The Final Chapter is free from such levity however, with an emphasis on the less goofy cast (no fruit juggling here), and the nastier murders. The R rating is really earned here, not just with blood but a seriously excessive amount of nudity, although I’m by no means complaining. Maybe I’m just a loser, but I didn’t know public skinny dipping was such a big thing.

No, this isn’t a film that breaks the slasher formula, or even really tries to. Instead it delivers a stellar entry in the series, giving fans ample amounts of everything they love, and a fitting “end” to the saga of Jason Vorhees. Well, at least until they went and made 8 more sequels. And a bunch of comics. And a video game. And a series of novels. And a fucking My Little Pony doll?!?!?!? 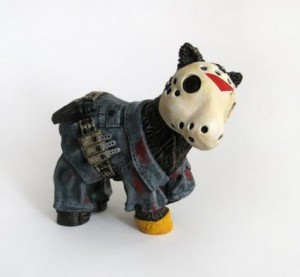 Jeff is a writer for The Blood Shed and eats, drinks, and bleeds horror. You can help him publish his first book here.