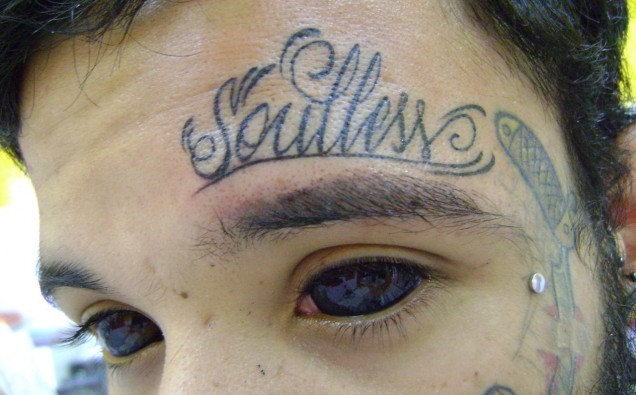 Body modification, specifically tattoos and piercings, have become so popular in today’s society, it’s not even uncommon to see a CEO sporting an earing. Tattoos used to be a kiss of death for women looking for careers in modeling, but now there’s an entire industry dedicated to these “Alternative” models; Suicide Girls are the most obvious example. Tattoos and body piercings have become a staple of youth culture, as well as a way for people of all ages to express their unique individuality. Even more extreme examples of bod-mod like dermal piercings (semi-permanent jewelry anchored under the skin) and sub-dermal implants (used to create horns and forehead ridges) are gaining a level of acceptance among open-minded individuals and communities.

Catch me at the local swimming hole and you’ll see that I’m definitely an advocate of body-art, with tattoos covering both of my arms and the majority of my chest, as well as surgical steel hoops in my lip, septum, and nipples. Yet even though my acceptance and support of body modification is strong, there’s a new trend that’s even giving me a case of the willies: Tattooed eyeballs (technically, ink injections into the whites of the eyes). 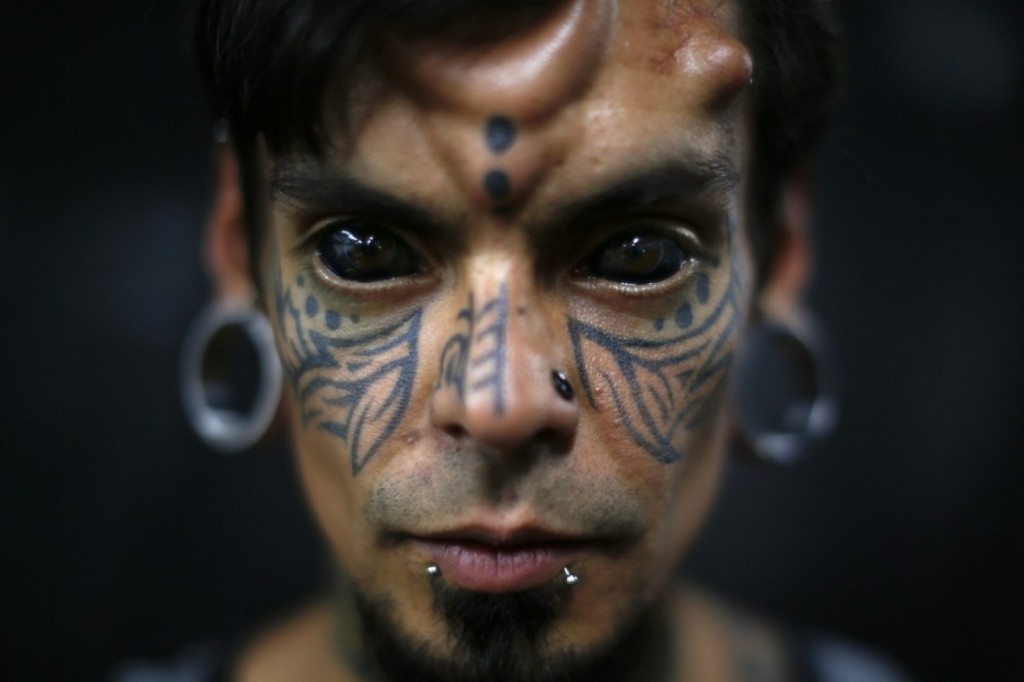 While some believe this shocking trend began in prisons, many credit American tattoo artist Luna Cobra, who considers himself a “pioneer” in his field, for first attempting (and succeeding at) tattooing eyeballs, a process also referred to as “scleral tattooing”. He says he was inspired by a friend who Photo-Shopped a picture of himself with solid blue eyes, like characters in the 1984 sci-fi Dune. “I told him, ‘I think I can do that for real’.”

Whatever your opinion is regarding the aesthetics of tattooed eyeballs, it’s a curious phenomenon that inspires many questions: First of all, how’s it done? The technique, which has been modified over the years, involves injecting pigment directly into the eyeball so it rests under the eye’s thin top layer, or conjunctiva. Vancouver bod-mod artists Russ Fox, who has preformed a number of eyeball tattoos explains:

Technically speaking, what I do really isn’t even a “tattooing” procedure; rather it’s injection-based. Due to this fact, the ability to “draw” images is very limited if not next to impossible. Colors can be mixed, separated and/or spread apart over the sclera for different effects, but not much beyond that has been achieved at this point.

The idea of a needle penetrating an eyeball is absolutely unnerving; one can imagine that this process is excruciating, but, amazingly, the process has been described as nearly pain-free. Kylie Garth, who was tattooed by Luna Cobra himself, described the experience: 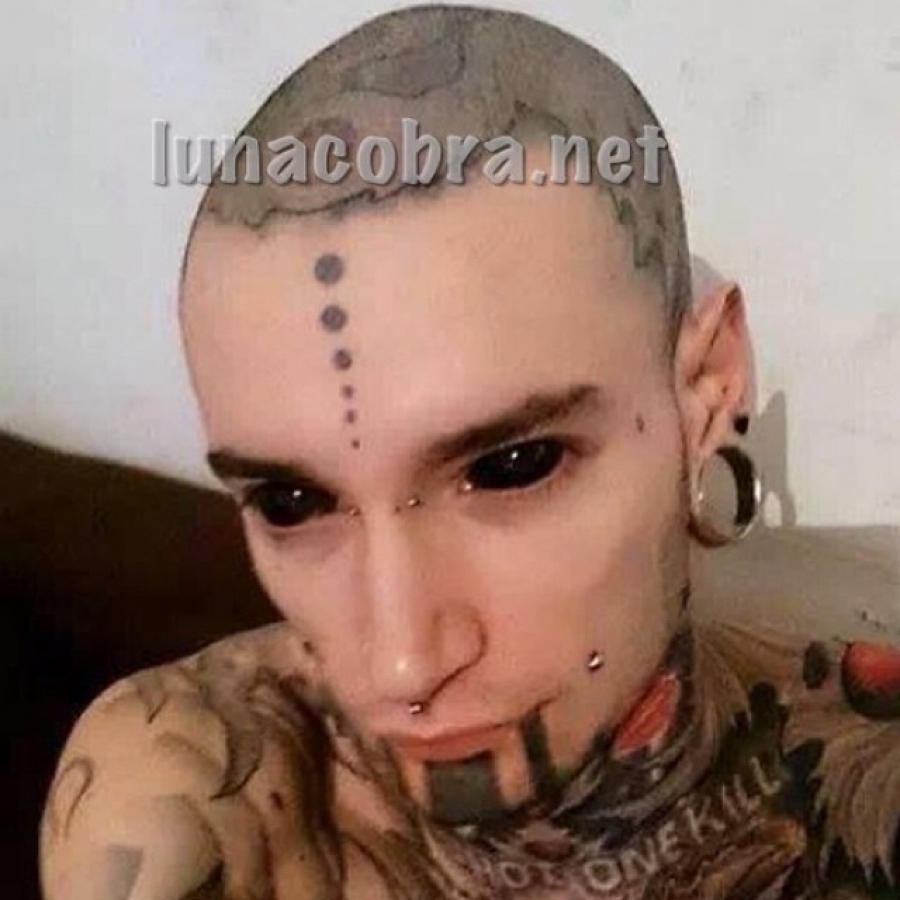 Polish rapper Popek might disagree; after Luna Cobra tattooed his eyeballs in London, he experienced a burning sensation in his eyes that prevented him from sleeping. Even though the pain was temporary in his case, opticians warn about the risk of permanent damage, including blindness. To be clear, The U.S. Food and Drug Administration has not approved any of the pigments used for tattoos, including ultraviolet and glow-in-the-dark tattoos, indicating most of the colors used in the art are also used for printers and cars. Even Russ Fox admits that long-term side effects are currently unknown.

There are a substantial number of known short-term risks associated with injecting too much ink, including prolonged headaches, sensitivity to light, and staining of surrounding tissue due to ink migration. To minimize calculated risks, be sure to seek out an artist that has as much experience as possible in this field. The more, the better. If you wear prescribed contact lenses or have existing eye conditions, your risks will increase drastically. The type of ink used is also very important, as individuals may have varying sensitivities or allergies to different materials that make up the ink. In respect to that fact, cautious spot testing before diving in head first is definitely recommended. UV reactive inks and red inks are more likely to inspire complications for a substantial number of individuals. The bottom line is that this is an experimental procedure, and we don’t know long-term risks. Don’t do it unless you’re willing to take on the risk of complications over time. Or the worst-case scenario: blindness or even complete loss of your eye(s).

Another risk: Loss of Gainful Employment. Luna Cobra says he urges young people to wait until they have a job before getting a black eyeball tattoo, because otherwise they may never get hired. 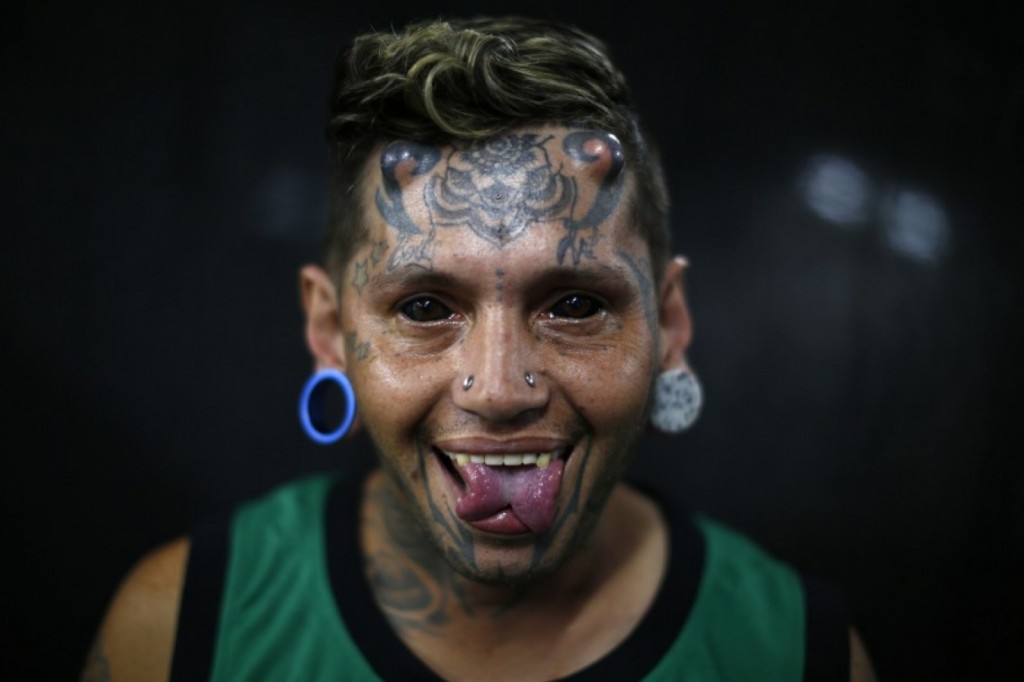 Now that we understand how eyeball tattooing is done, as well as the potential risks, we come to the most difficult question to answer: Why? Luna Cobra states: “If you want to amuse yourself by decorating your eyeball, why not do it? I do a lot of things that look like tie-dye or ‘cosmic space’. I think it brings a realm of fantasy into everyday life.”

While his description sounds whimsical and fantastic, let’s be real about something: Eyeball tattoos (especially those filled in to look completely back) will be regarded by many as utterly frightening. Are those who commit to the procedure trying to appear horrifying? Is shock value the ultimate goal? Even if you may find the practice intriguing consider the following: 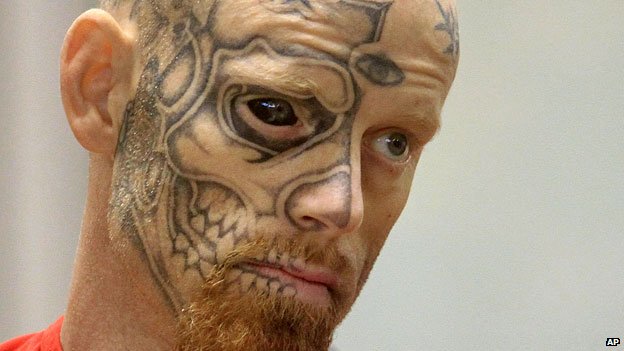 During the trial of convicted murderer Jason Barnum, 39 (pictured above) Anchorage Police Chief Mark Mew urged the judge to consider the defendant’s eyeball tattoos as proof that he had “decided a long time ago that his life was about being hostile to people.” Whether this was, in fact, Barnum’s intension, it’s hard to argue with the effect. Even Luna Cobra is aware of this inevitability; whenever he consults a potential client about eyeball tattooing, he wants them to be aware of potential consequences: “I tell them you’re going to look frightening forever to the majority of people you encounter,” he said. “You might find people have trouble connecting with you or looking at you because they can’t follow your iris.”

The eyeball-tattooing trend may have drawn inspiration from the urban legend of the “Black-Eyed Children”. According to Wikipedia:

Black-Eyed Children (or Black-Eyed Kids) is an urban legend of supposed paranormal creatures that resemble children between the ages of 6 and 16, with pale white skin and black eyes, who are reportedly seen hitchhiking or panhandling, or are encountered on doorsteps of residential homes. Tales of black-eyed children have appeared in pop culture since the late 1990s. The supposed origin of the legend are 1998 postings written by Texas reporter Brian Bethel on a “ghost-related mailing list” relating alleged encounters with “black eyed kids” in Abilene, Texas and Portland, Oregon. In late September 2014, the British tabloid Daily Star ran three sensationalistic front-page stories about alleged sightings of black-eyed children, claiming a “shocking rise in sightings around the world.” Alleged sightings are taken seriously by ghost hunters, some of whom believe black eyed children to be extraterrestrials, vampires or ghosts. 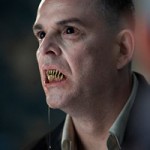 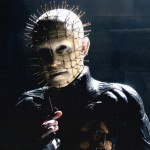 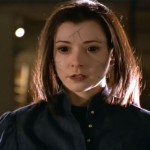 Horror fans are no strangers to characters with black eyes, as they have appeared in genre films for decades; in almost every case, a character with black eyes is considered evil. Here are just a few examples: 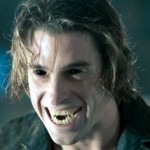 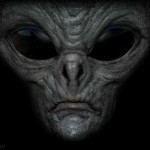 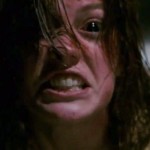 When taking all of these examples into account, you really can’t blame a person for being creeped-out by black eyes. Even outside he realm of horror movies, black eyes are frightening; animals with black eyes, for example, seem particularly primal and predatory. Just imagine the black eyes of a great white shark! 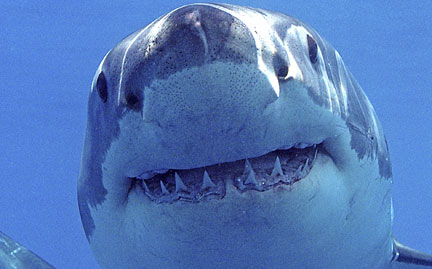 Just when I’m ready to write off tattooed eyeballs as a fringe body-modification with a horrifying aesthetic, I find a picture of a particularly beautiful woman who actually looks enchanting (below). 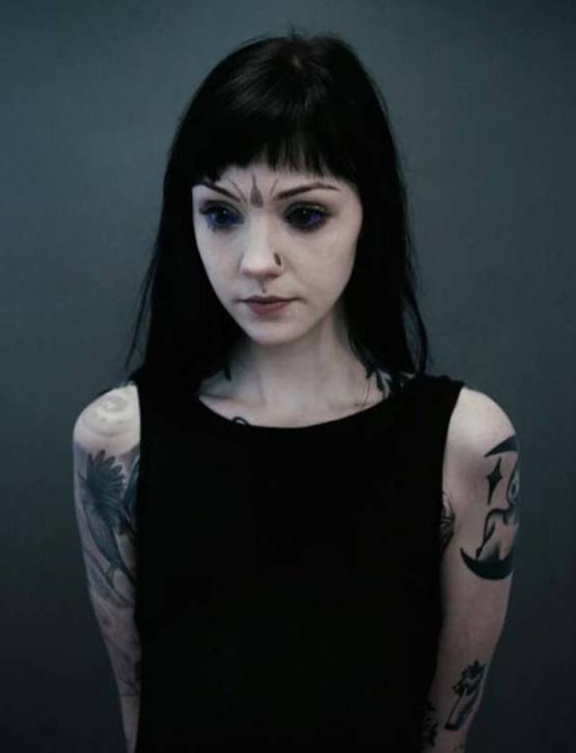 Still, considering how inexpensive and readily available colored contact lenses are (including solid black) I don’t really see the point in undergoing a potentially dangerous procedure with permanent results. But then, of course, the same can be said about all tattoos, that less permanent options for body art are plentiful, so why ink for life? In the end, it’s all about personal freedom. If you want to tattoo your eyeballs, more power to you!

Just some final words of caution: If the eyes are truly the “windows to the soul”, tattooing them means closing the curtains to outsiders—forever.

What’s your opinion on tattooed eyeballs? Sound off in the comments section!