The ‘Strangers’ Have Just Begun

A Spoiler Free Review of 'The Strangers: Prey at Night' 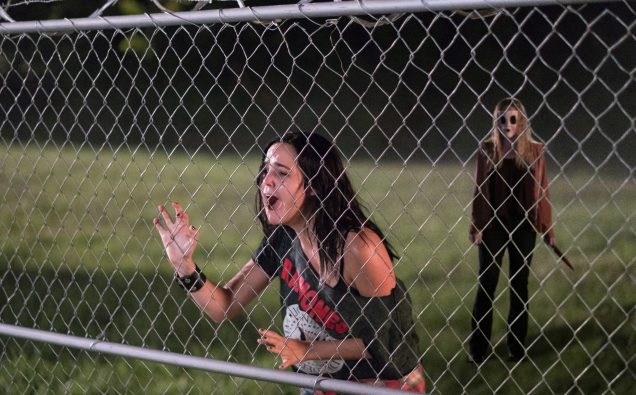 Kinsey ((Bailee Madison) is about to leave her old life behind.  Her parents, Cindy (Christina Hendricks) and Mike (Marin Henderson) and her brother, Luke (Lewis Pullman) are setting out on a road trip to take her to a boarding school.  Along the way, they’re going to visit some relatives at the Gattlin Lake Trailer Park.  Little do they know, three psychopaths, Masked Man, (Damian Maffei), Pin-Up Girl (Lea Enlsin) and Dollface, (Emma Bellomy) are waiting for them. Let the fight for suvival begin.

The Strangers: Prey At Night operates on a broader scale than the first movie.  The first movie centered on a young couple.  Those two people had to fend for themselves.    This time, the killers stalk four victims, toying with them.   Cindy and Mike have to fend off the killers and protect their children.   Once again, the Strangers seem to have a supernatural ability to disappear and re-appear at a moment’s notice.

The director, Johannes Roberts, had much more to use as far as scenery.  The original entry took place in a house.  The sequel used a trailer park as its hunting ground.  This allowed the killers and the victims more space to move around.  This also meant there were more places to stage jump scares. The family moves from one safe haven to another as The Strangers close in, ready for the kill.

Since this is a horror movie, there are plenty of unbelievable moments.  I won’t give away any spoilers.  I will suggest you take this movie at face value.  It’s a slasher film that simply puts four innocent people in the cross-hairs of vicious killers.   It’s a film you can enjoy if you know what you’re getting yourself into.  The Strangers are three killers who love to stalk and torment innocent people.  You’re just a horror fan who’s enjoying a guilty pleasure. 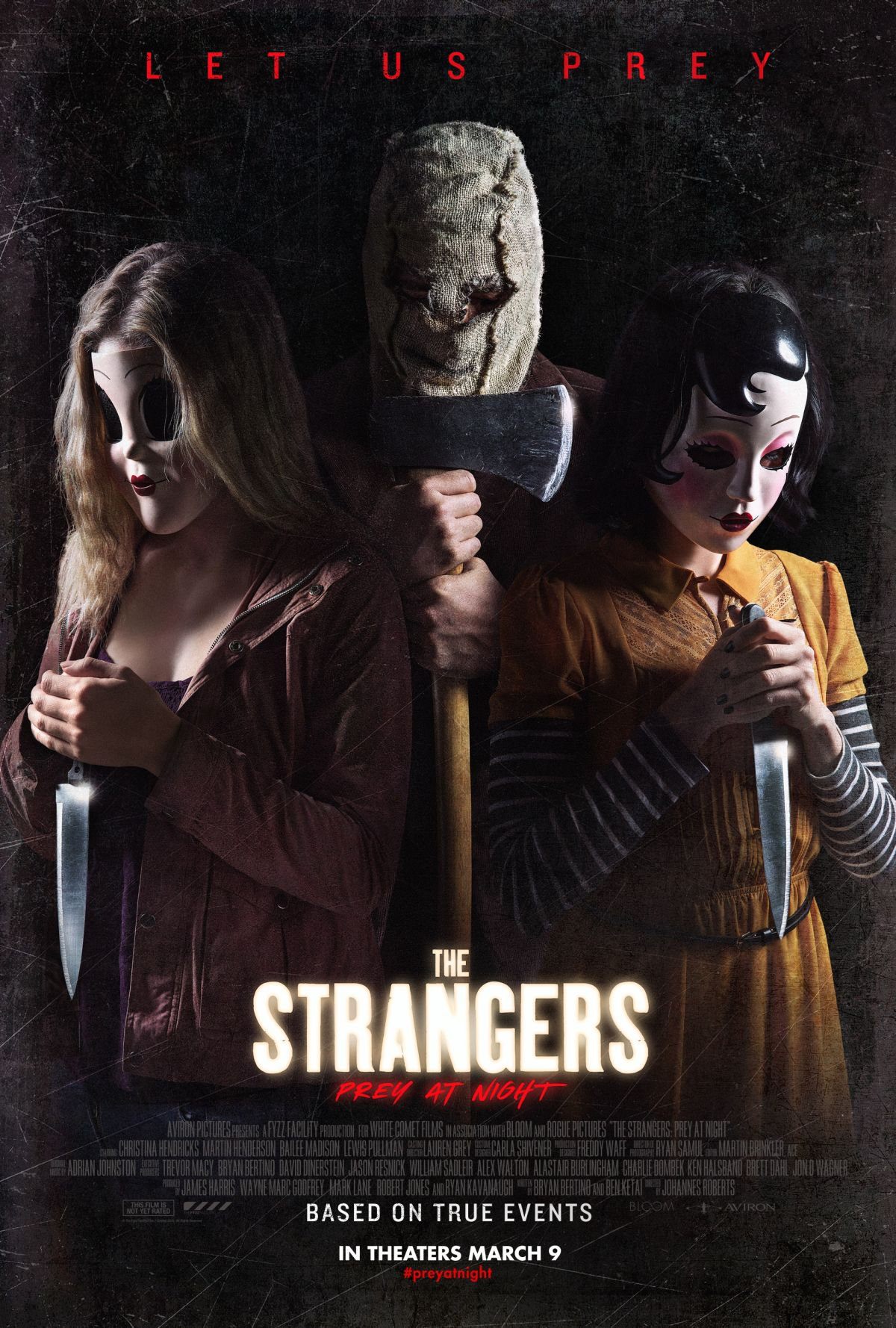