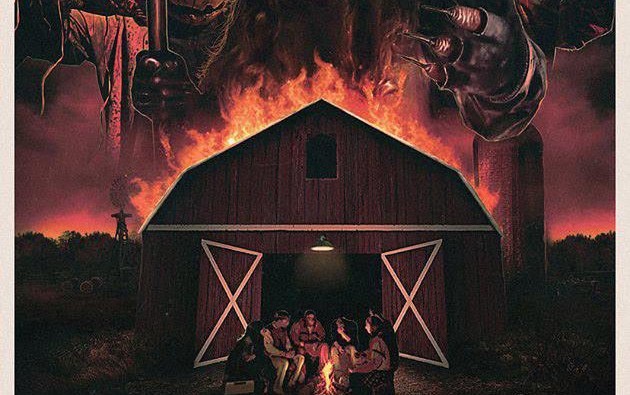 Indie horror directors have really been dishing out a lot of retro-style horror films over the past few years. However, no film seems to have captured the 80’s slasher magic in the manner that The Barn appears to have (judging by the two trailers). Coming soon from Nevermore Production Films and director Justin Seaman is what will almost certainly be one of the most entertaining horror films in recent memory. 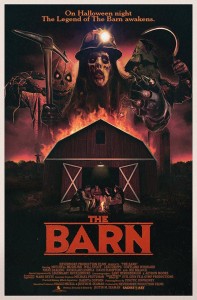 Two trailers have been released so far, and both could undoubtedly be considered pretty epic. The second teaser trailer, which was released a few days ago, warns “be careful where you walk…be careful what you mock…and be careful when you knock” before introducing us to three of the most kickass-looking horror villains I’ve seen since…probably ever. Check out the trailer right below. 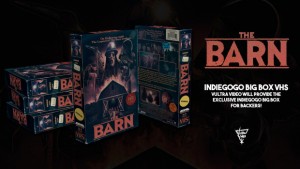 Big Box VHS of The Barn from Vultra Video. 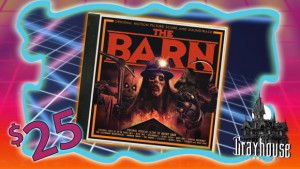 Rocky Gray, former drummer of Evanescence and current drummer of We Are the Fallen, composed the music score.

The film launched an Indiegogo campaign last month to help raise the funds to complete three more scenes. The campaign, which offers a plethora of highly coveted perks including DVDs, VHS’s, masks, copies of the soundtrack, and lots of other cool stuff, is currently sitting at just a dollar over $9,400, which is 63% of its $15,000 goal. You can become a part of indie horror awesomeness by donating to this campaign.

Unless you plan on waiting until sometime probably late next year at the very earliest, donate to the campaign and claim an exclusive DVD or VHS copy, and you’ll see the film before just about anyone else. If you’re still not sold on 3 creepy killers, 2 kickass trailers, and names like Rocky Gray and Ari Lehman attached, you’re absolutely nuts. I’d be willing to bet my freakin’ house that this turns out to be one of the most epic indie horror efforts of all time. That’s all I got for now – until next time!