Deleted final scene would have halted Skynet in its tracks. 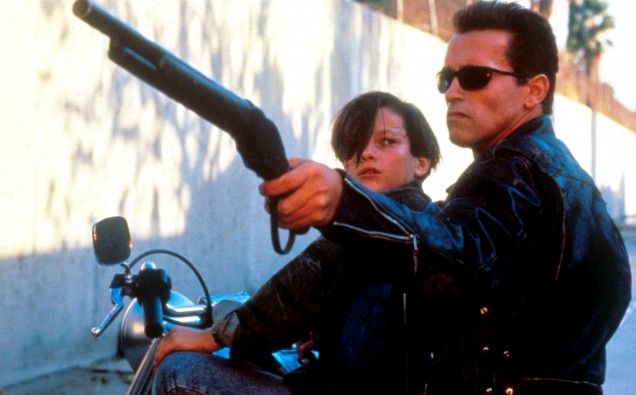 American film audiences are often accused of wanting their entertainment spoon-fed, with movies that wrap up all loose ends in a nice tidy bow with a happy ending. But a recently surfaced deleted “Epilogue” from James Cameron’s Terminator 2: Judgment Day (1991) proves that even the most maudlin among us has his limits. The Epilogue, originally posted by Rolling Stone, also illustrates the potential pitfalls of happy endings, especially as they relate to an ongoing film franchise. 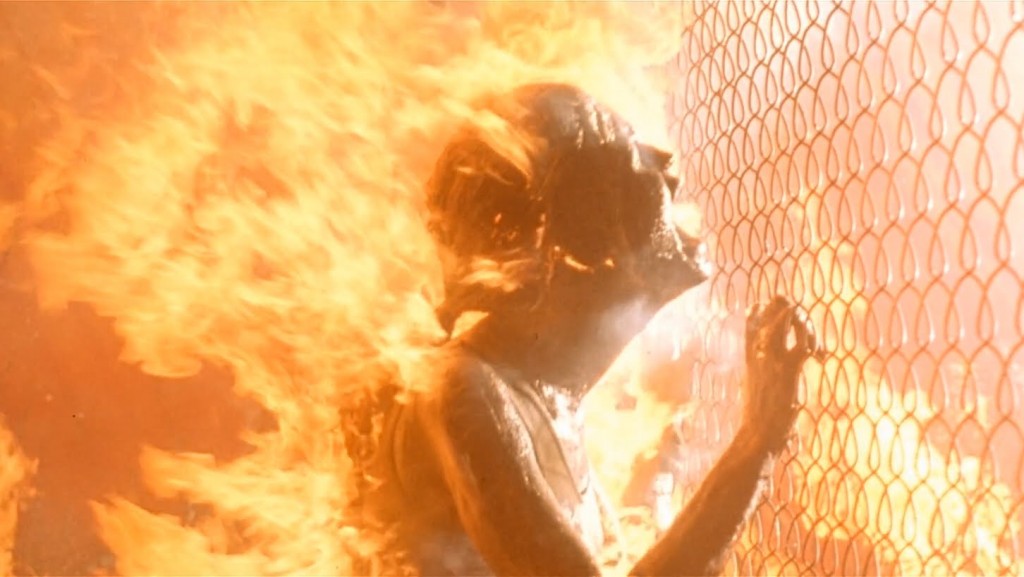 The deleted Epilogue takes place in a Terminator-free utopian future, 30 years after the cancellation of Judgment Day (which would have destroyed most of humanity in a fiery holocaust) on August 29th, 1997. An aging Sara Connor (Linda Hamilton) record her thoughts in a clunky looking Dictaphone from 2027. She sits at the edge of a pristine playground in a picturesque park; the sky is a deep blue and an advanced cityscape glistens in the distance. All is right in the world: Children are laughing and playing; John Connor is seen as a father pushing his own daughter on a swing and it’s revealed he’s a senator.

And then Sarah Connor delivers the most impactful (*cough*cheesy*cough*) line of the scene: “The luxury of hope was given to me by the Terminator, because if a machine can learn the value of human life, maybe we can too.” It’s beautiful, inspiring, and definitive. It’s also saccharine, cliché, and, well—it’s fucking disgusting! See for yourself below and I think you’ll agree: Cameron was wise to terminate this moment! Hell, he’s probably none too pleased this footage ever saw the light of day!

Unbelievably, fewer that 325K people have viewed this incredible (incredibly awful) video—even though it’s been on You Tube for over 7 years!

In addition to proving that mushy happy endings can taint an otherwise awesome action or sci-fi film, it also proves that such conclusions can be too optimistic to return from. Indeed, if this Epilogue had made it into T2, it would have completely undermined the premise of all the Terminator films that followed. We’ll never know for certain, but it seems likely that the deleted Epilogue certainly had the potential to burry all further attempts to continue with this Saga. 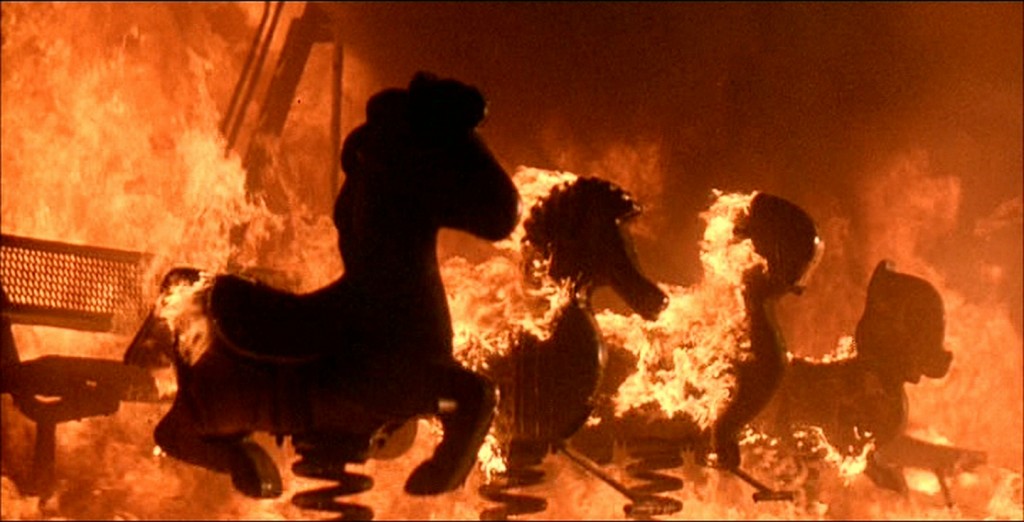 While T2 still ended on an optimistic note (positive but hardly happy, with mother and son Connor on the run as fugitives in Mexico), it was just uncertain enough for filmmakers to bring Arnold Schwarzenegger back for Terminator 3: Rise of the Machines (2003); in this film it is revealed that Sarah Connors efforts in T2 only postponed Judgment Day (until July 25, 2004). While some might be inclined to say that T3 is so bad that non-existence would have been preferable (and this writer might be inclined to agree) it nonetheless led to Terminator: Salvation in 2009. Salvation gets a lot of guff, but I think it was the most nihilistic and neo-gothic of the bunch, and therefore awesome. The addition of Christian Bale and the lack of Arnold Schwarzenegger, the two things that seemed to irk Terminator purists the most, actually made the film more interesting to me. Go figure.

Terminator also spawned a short-lived television series, The Sarah Connor Chronicles, which ran on Fox from 2008-2009. While I never saw the show myself, most Terminator fans reacted favorably to the series, which chronicled the turbulent lives of Sarah and John Connor in the months immediately following T2.

Terminator returns to theaters later this year with Genisys (I really hate the use of the “y” but that’s neither here nor there). The fifth film in the Terminator saga will open in the US on July 1st—right at the peak of Blockbuster season. The trailer actually looks somewhat kick-ass; see for yourself below.

Obviously, Paramount is pleased that Cameron didn’t cancel Judgment Day back in 1991; the Terminator franchise has been one hell of a cash cow, having grossed a combined total over $1.4 billion to date. Will Genisys take the franchise in bold new directions or merely drill it deeper into the ground? Only time will tell!

What do you thing about the deleted T2 Epilogue? Are you excited about Terminator: Genisys? Sound off in the Comments section!